Apple TV+ is currently running an amazingly sophisticated series with the meaningful title “For All Mankind.” The plot is quickly told: In July 1969, the Russians landed on the moon in an alternate reality. American test pilots from NASA stare spellbound at the well-known pictures of the first humans on the moon, except that they raise the Soviet flag. The content of the series, which has now grown to three seasons, is a bit more complex. The Americans start a chase to overcome the disgrace caused by the Russian spaceflight successes as soon as possible.

As a result of the efforts to make up for the Russians’ lead as quickly as possible, this alternate reality develops faster, both technologically and socially. Just ten years later, the moon is commercially exploited, and the Cold War continues there. Eventually, even the Cold War heats up as the Russians and Americans settle their conflicts on the moon.

In the 1990s, as a result of the arms race of the superpowers on our planet, technology has already developed to such an extent that in places it has reached our current level. The first electric cars are on America’s roads, flat screens have replaced TVs with vacuum tubes and the first commercial space hotel is making its rounds in orbit – not unlike Stanley Kubrik’s giant wheel from 2001 Space Odyssey. 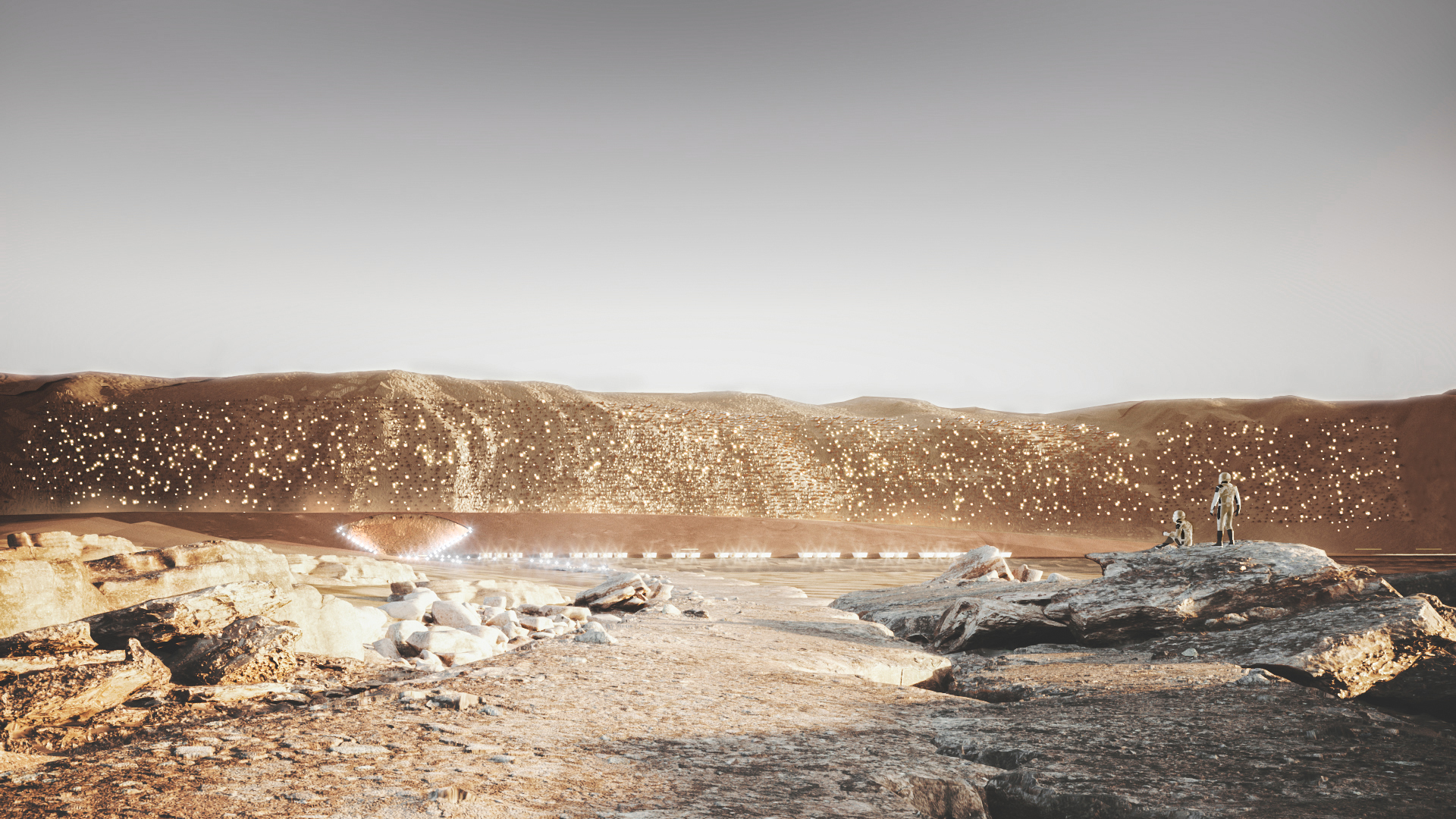 “Nüwa”: Urban planning on Mars as a model for earth?
International scientists have designed a life-support system for a megacity on Mars.

The third season reports on the race to Mars. The Russians, NASA, and an American billionaire all want to be the first to get there and fight tooth and nail. The U.S. billionaire is a mixture of Steve Jobs, Elon Musk and other modern-day entrepreneurs.

The alternative humanity of the pre-2000s is still living in the Cold War, the Russians are still the antagonists to Western democracy and with Korea, a new player joins the space race.

Positive future despite all the problems

Nevertheless, “For All Mankind” shows a bright future in which people are driving development forward with incredible energy, even nuclear fusion seems to be close to being ready for the market, and helium 3 is being mined on the moon. And when disaster strikes on Mars, Americans, Koreans and Russians must work together to survive.

Our reality is different – more introverted

Mankind has evolved differently in “our reality” since the first moon landing. You could say we have gone from extroverts to introverted Terrans (Earth-born). Space travel was dismissed as expensive madness of a few phantasts and the technological developments that arose from space travel were simply negated.

When the real moon rocket, the Saturn 5, was developed, IBM was entrusted with the electronics of the rocket control. The space required for the first digital control elements alone, including gyros etc., was gigantic and took up the entire circumference of the third stage. However, the computing capacity was less than that of a 1980s digital clock. And yet, space travel was the beginning of the digital revolution through the development of the microchip. Without integrated circuits, there would be no Internet, no smartphones and no electromobility.

The spirit of optimism of the 1960s, which lasted well into the 1970s, was abruptly dampened when the first space shuttle carrying 11 astronauts exploded during takeoff. By then, however, the evolution to introverted humanity was already in full swing.

The achievement of flying to the moon within less than ten years is no longer feasible today and certainly not communicable, it seems. Where happened to the bright future which seemed already programmed in 1967 in Kubrik’s 2001?

Elon Musk – a holdover from the last century

It’s time for humanity to become more extroverted again. To do this – and this sounds like a mockery in these hard times – we must finally look positively towards the future again. And we have to communicate this to a young generation that is in the process of burying its head in the sand instead of actively and pragmatically looking for solutions. In comparison, a flight to Mars actually seems to be the lesser challenge.