Alliance of Universities in Munich, Eindhoven, Copenhagen, Lausanne and Paris

During the summer holidays, twenty European technology students from Eindhoven, Copenhagen, Lausanne, and Munich got together and went on a journey to upgrade their entrepreneurship and finance skills and to work on their business case. They already visited Copenhagen, Lausanne, and Munich (partner universities in the EuroTech Alliance, together with l’X Polytechnique in Paris) for several other important components that are involved in creating a business. Think about marketing, design thinking, customer development, market and competition analyses, communication, team formation and intellectual property (IP). The shared goal: show how the participants can become internationally operating entrepreneurs and explore the different ecosystems. 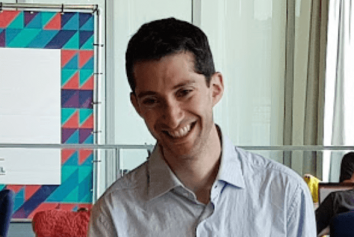 The program finishes in Eindhoven with the Grand Finale on 31 August at the Eindhoven University of Technology. During last year’s event, we spoke to Steven van Huiden, the coordinator of the program in Eindhoven. He explains the importance of “not only delivering your students as top engineers but also as top entrepreneurs”.

Because let’s be fair, many brilliant technological innovations often fail due to poor market exploration or too little knowledge in the field of finance. Not only TU Eindhoven thought this was a huge shame, sister institutions in Lausanne, Munich, and Copenhagen did as well. It was the base for the European Venture Programme of Eurotech Alliance, the collaboration between the four technical universities, recently joined by Polytechnique l’X in Paris as well.

Each of the participating universities delegates five entrepreneurs every year for the program. But it doesn’t stop there: the Technical Universities must also provide some of its content. Steven van Huiden has been responsible for this for four years already in Eindhoven. He explains the purpose of the EVP: “We want to offer participants, from freshman undergraduates to the postdoc, the opportunity to realize their ambition in the field of entrepreneurship. So participants already have to have shown that they want to be an entrepreneur, for example through establishing a startup or at least a first business concept. We can then help lift it from a project to a company.”

“We want to offer participants, from freshman undergraduates to the postdoc, the opportunity to realise their ambition in the field of entrepreneurship.” 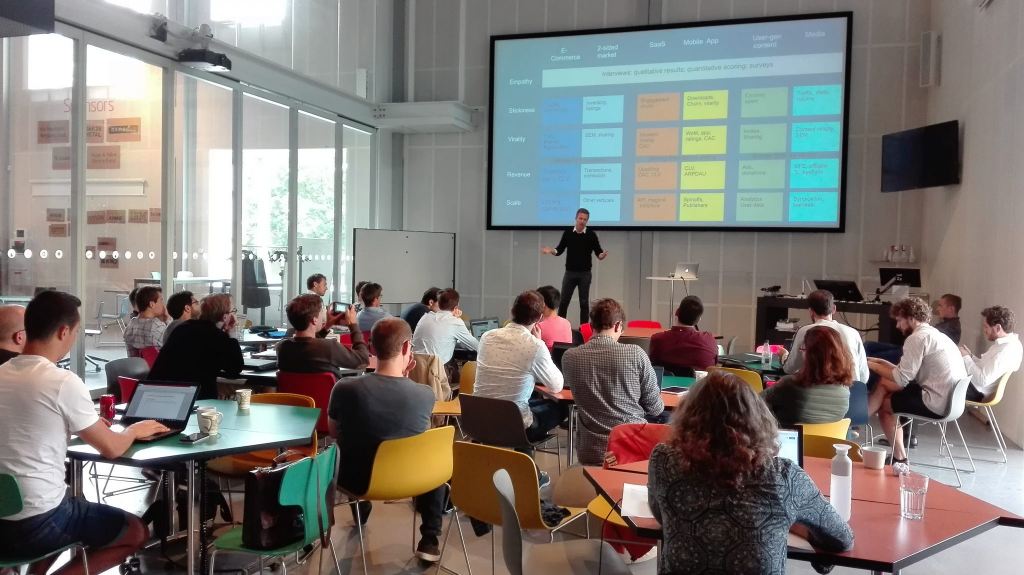 The participants help each other in the program, but each of them also gets help from other entrepreneurs and business experts from the four local ecosystems. At the end of the course, they present a “two-pager” with the most important company information for potential financiers, a powerpoint presentation and a video story about themselves. Van Huiden: “Each time it is beautiful to see how they’ve grown. Even when it’s just by abandoning the idea that they work in and for their own local environment; and the end of the course, they know that they have to at least choose a European market. After all: it would be very coincidental if the ecosystem they come from also directly provides the best market opportunities.”

It’s all about experiencing, says Van Huiden. “By creating as many contact moments as possible, with coaches, with other entrepreneurs, with alumni of the program but especially also with each other, they find out that they have to look beyond their own region. But also which way of financing and which earnings model best fit their product or service.” Those experiences are stimulated in four ways, says Van Huiden: “The physical traveling around, meeting different cultures and markets, becoming a part of our network and the feedback the participants give each other, it all plays a part in the success of our program. Mind you: everything depends on the energy the participants themselves are willing to put in. But it is extracurricular, so it all comes on top of the normal education program. That requires quite a bit from the participants, but we also select them on that.”

In the program, there is also room for relaxation, but not too much. “We obviously want to offer as much content as possible, but we also understand that every now and then, people need a break.”

For Van Huiden, the European Venture Programme is one of the ways to bring entrepreneurship to the students from Eindhoven. “But it isn’t the only way. Look at our student teams. The fact that they can be the basis of great entrepreneurship can be seen from the examples put down by Amber, STORM, Solar Team, TU/ecomotive, Lightyear, and FAST. But that is also not enough and that is why I’m so happy about TU/e innovation Space in the GasLab: that is exactly what we need, an innovation hotspot where students and employees of the university can find each other in entrepreneurship. From innovation Space, people can tinker with ideas and when eventually, there is a prototype, we will have room in our Innovation Lab for the further business development.”

Want to join the final event in Eindhoven? Subscribe here.

Politics, employers, and students will soon demand a truly…
Digital 'skills passport' ensures better match between…
Intercultural Dialogues between Dutch and Chinese…
'Quit your job for one day a week'
Still plenty to learn online about international…
In Amsterdam New-West energy cooperatives are responsible…