The Central Bureau of Statistics today published those figures.

In the past 15 years the outflow out of Eindhoven was never as big as in 2015. But because the inflow also broke records, Eindhoven remains on course for growth.

If we only look at the domestic movements see this pattern:

When we look at immigration and emigration (the movements to and from abroad), the highs and lows are more pronounced:

In Amsterdam, The Hague and Utrecht the outflows to other cities have also become bigger than the inflow. Often the destination was one of the nearby municipalities. Most larger cities grew mainly through immigration. Rotterdam is the exception: it also increased the domestic inflows. 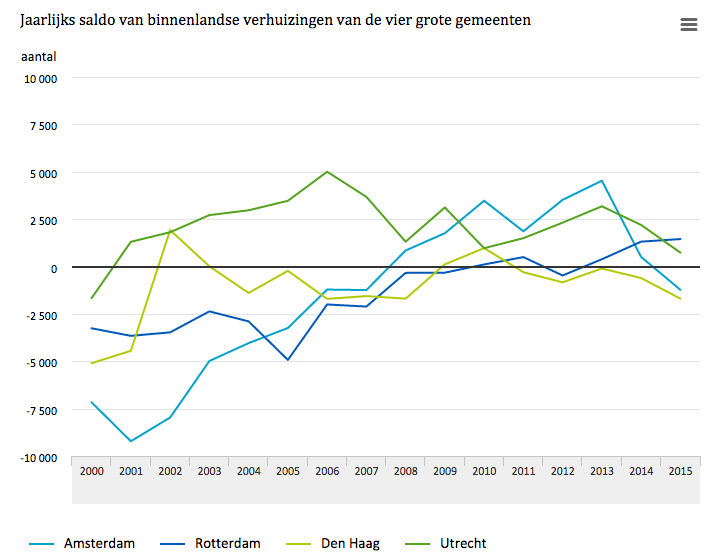 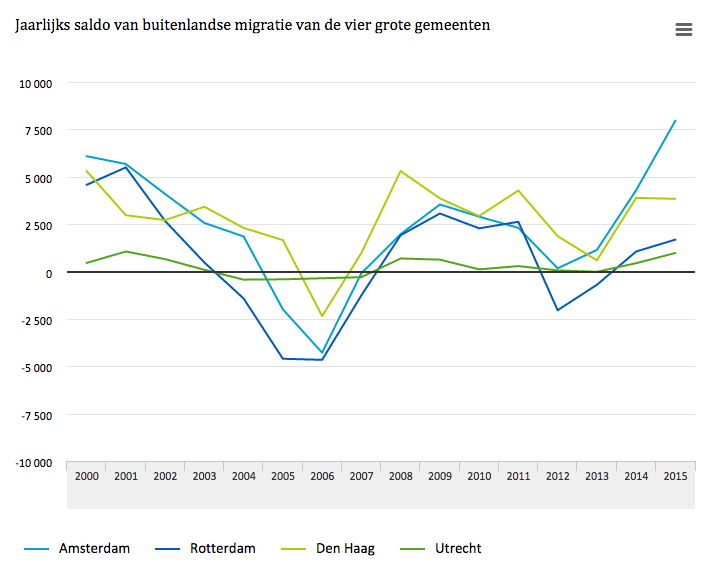