DIFFER, the research institute from Eindhoven has published a breakthrough in research into the walls of nuclear fusion reactors. This institute focuses on enabling reactors to run 24/7. This requires a reactor wall that can handle the heat of the plasma. A thin vapor cloud above a low liquid metal may be the solution to protect these walls of future nuclear fusion plants from extreme heat. In Nature Communications, Ph.D. student Stein van Eden and colleagues from DIFFER and the University of Gent show how such a vapor cloud can absorb and dilute the energy of the fusion reactor before it hits the underlying wall. The research shows that liquid metal walls are a promising concept for future power plants based on nuclear fusion.

“What we have at DIFFER, is an installation that merely focuses on measurements of the reactor wall”, says Gieljan de Vries, information officer at DIFFER. “We can expose wall material to the most intense plasma we can make. For the first time, we could go and see what happens with a reactor wall of liquid metal, in detail. Then we also suddenly saw that, even though the temperature of the plasma went up or down, the temperature of the wall remained the same.”

“The question is how to keep the reactor intact. Eventually you want a reactor that can just keep running and doesn’t need to be stopped every few days to replace the wall.”Gieljan de Vries, information officer at nuclear fusion institute DIFFER

This study shows that a vapor shield automatically stabilizes the reactor wall temperature even if the incoming energy varies. As the surface temperature rises, more liquid metal evaporates and the vapor layer grows. Which can then absorb and spread more energy from the plasma. The combination of a self-regulating vapor layer and self-healing fluid makes liquid metal walls a promising solution for future fusion reactors. 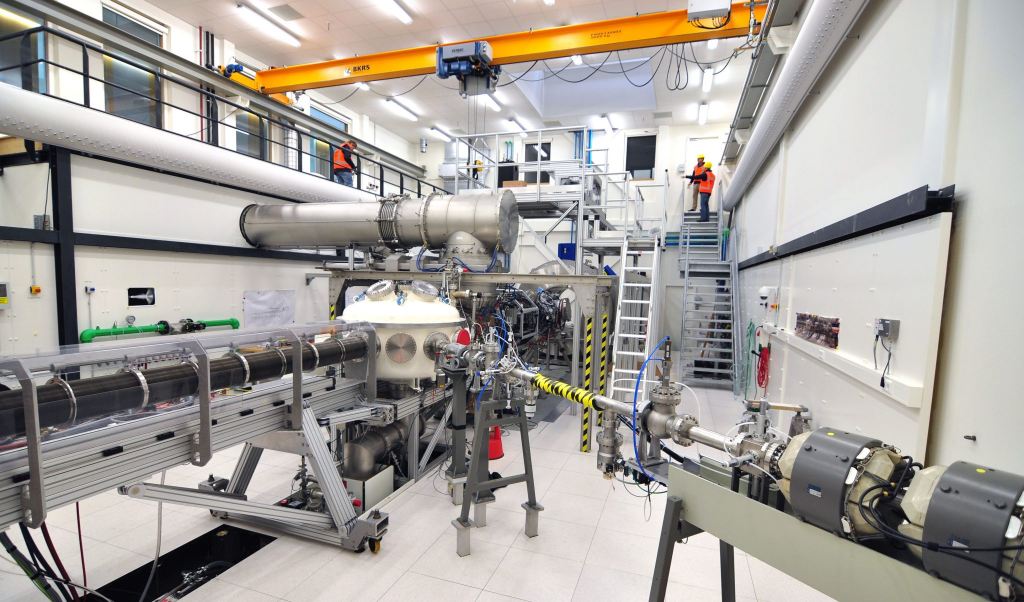 De Vries talks about the importance of this research: “Suppose we succeed to create an artificial sun, it will, of course, be very hot, think of temperatures of ten thousand degrees. The question is how to keep the reactor intact. Eventually you want a reactor that can just keep running and doesn’t need to be stopped every few days to replace the wall.”

The research focuses on the problems that may occur with the development of commercial nuclear fusion reactors. That doesn’t mean that in a few years you can expect the power from your wall outlet to be generated from it. Before it comes that far, a lot still needs to happen.  The international nuclear fusion experiment ITER will begin in 2025, with the goal to generate more energy than the costs to run the experiment. After that, a successor will be made that will actually generate energy. The expectation is that this will happen around 2050.

'A university is not a patent machine'
Sugar beets as a new, circular raw material
VDL aims to set an example for making business premises more…
A sustainable city with a solar footpath and energy-positive…
Bulgaria struggles with its green transition but the future…
Steel from Belgium soon to be made with environmentally…