A group of designers was asked to create a 36.5 seconds video with the Eindhoven “vibes”. Yesterday we portrayed Niels Hoebers, the day before it was Raw Color. Today we show the work of Bart Hess. In this interview he explains what drives him and why he returned to the “drab city” he learned to love. The video is part of a series #sharethevibe videos.

The work of Bart Hess is of the most tactile and intuitive nature. Over the past six years, Hess has developed an impressive roster of work. He has pinned, stretched, slimed and scraped materials in relation to the human body, and collaborated with the likes of Lucy McRae, Nick Knight, Lady Gaga, Iris van Herpen and Walter van Beirendonck. Bart Hess:

“I moved out of Eindhoven for a few years. When I came back I was genuinely thrilled with the way the city had grown. Things have taken a few good leaps here. What has happened is that some ugly choices have been made in terms of public space. Beautiful places that fail to shine because of half-hearted solutions. Which is a shame, but it’s also a process. And with the energy that’s buzzing in the city today, I believe it’s a process that is still ongoing. As for myself, I have no idea how long I will be staying here, but for now this place is an ideal base from which to start conquering the world.

“It had been a while since I had been able to get to work guerrilla style. It was great. For the bigger assignments I get I have to work with a very detailed plan, because they involve so many external factors. The filming schedule is leading on shoots like these. But this time I was able to shoot from the hip, so to speak. Watching, creating, responding and just seeing what it would lead to. I have this big archive full of photographs and short films, and I’ll browse through it for inspiration. Then slowly an idea begins to form and I’ll start developing that. 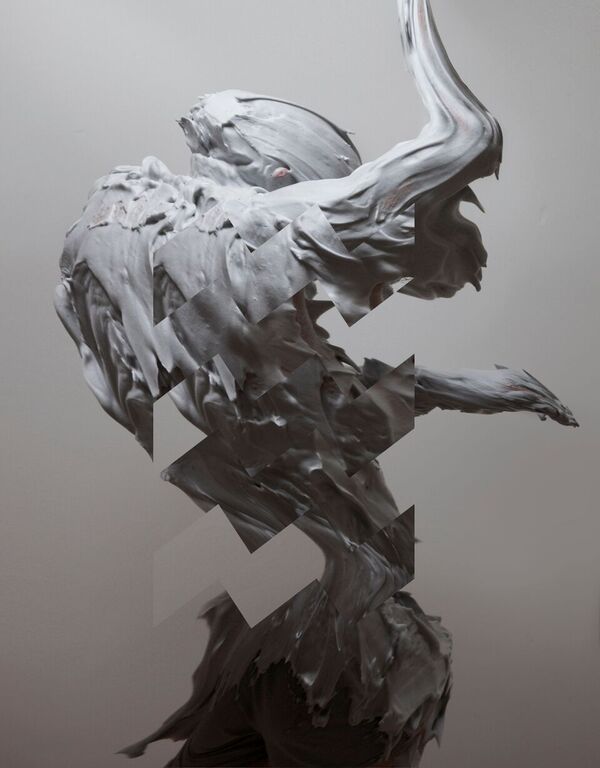 “In the end, Eindhoven is still a drab-looking town, but just below the surface there is so much going on. All kinds of things are going on that you wouldn’t notice at first sight. You have to get below the surface to discover what it is. And it’s not a fixed thing either, there’s always this sense of movement, of things morphing with time.

“The thing that makes this town so interesting is that mix between the analogue and the digital. The craft and workmanship in the workshops and the almost elusive technological developments. I have used this dichotomy in my work. By using a certain technique I have incorporated different temporal layers in the shots. The past and the future, captured in a single image.