If anyone has inspired and shaped the Eindhoven start-up world, it’s Victoria Martinez. Had the Spanish innovator not decided to move to the Netherlands in the summer of 2013, it’s questionable whether the start-up foundation with more than 450 members in Eindhoven would ever exist.

Of course, other people have been involved in the creation of this network over the last two years, but none with Martinez’s energy and the perseverance. The result: 80 events and around 70 start-ups presenting themselves. Add to that workshops, mixers, masterclasses and everything in between that could strengthen the Eindhoven start-up scene.

Our goal is to help build a sustainable Start-up City that drives economic and innovation growth and creates a positive, high-impact change for the local community.

Martinez herself cites the auxiliary groups who helped make all this possible: participants, advisers and sponsors. “It started off as nothing more than the occasional mixer to get to know everyone a bit better. We didn’t have any money and hardly any contacts, we were just an informal group. That changed at the beginning of 2014, when Peter Weijmarshausen of Shapeways came along and Fancy van der Vorst, the municipal policy adviser for the city’s creative industry, showed an interest. Only then did the ball really get rolling. Sponsors came and we became a real foundation with Joep Brouwers from Brainport, Erik Vermeulen from Tilburg University and Peter Weimarshausen as our advisers.”

The first big event was Start-up Weekend Eindhoven, which took place in November of last year on the High Tech Campus. This year will see the second edition. But, once again, Victoria Martinez is aiming even higher with the EHV Summit, a one-day special event for start-ups. Martinez: “We were brainstorming an event, coming up with everything, until Peter said that we were being too modest in our ambition. ‘Go big,’ he said. And that’s how the EHV Summit came about.” 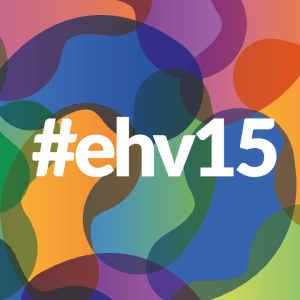 The first edition of the EHV Summit will all take place on 22 October at the Evoluon.

“That’s right, the first edition, but definitely not the last. We think we need a minimum of 5 to put ourselves on the map and achieve real results for the start-up community. One every year, like Web Summit, Next Web and Slush.” Martinez isn’t afraid of setting expectations too high. “Not at all, you have to set the bar high or you’ll never get anywhere. Look, there’s always a reason not to do something, or to settle for less, but it’s better to just ignore those reasons. That’s when you really achieve something.”

The EHV Summit is for everyone and everything in the start-up ecosystem and has a strong emphasis on starting entrepreneurs themselves. It’s certainly not limited to the region, it just aims to help start-ups above all else. “Founders for founders, that’s how it should be.” The morning of the 22 October is geared up towards inspirational speeches, while the afternoon will be more dedicated to workshops and mentoring. And, of course, it all ends with an informal drink.”

Over the coming weeks, the EHV Summit Team will publish the details of their next steps on their site. The speakers have already been announced: Mayor Van Gijzel and Councillor Depla on behalf of the council, but also people like Andy Shannon from Startupbootcamp, Erik Vermeulen of Philips and Lauren Slowik of Shapeways.

Martinez has organised everything her whole life, even where she lived, “But never anything as big as this. We’re aiming for 750 visitors from across Europe who are hoping to find inspiration, to expand their networks, to learn valuable lessons and – last but not least – to have a lot of fun.”

Corona in Europe – Is this the beginning of the end?

A lesson from Apple in intellectual property law