The E52 High Tech Tech Peak Awards were awarded this year again to nine people who have made a special contribution in the field of high-tech and innovation in 2017, or for whom we have great expectations in 2018. Today: Edward Voncken, CEO of KMWE, Chairman of Brainport Industries, the advocate of the Brainport Industries Campus, and winner of a Star at the High Tech Piek Awards.

The Klein Mechanische Werkplaats Eindhoven (KMWE) did not perform well when Edward Voncken joined the company in 2007, together with Marc Evers and Berry Geven. It was founded in 1955 as a family business that – initially in a barn in the backyard – produced parts for local players like Philips and DAF, but had missed the opportunities of the 1990s in the globalization of this market. But the problem for KMWE turned out to be an opportunity for Voncken, even in the crisis years that followed their management buy-in. “What we saw is that many of our customers, while moving to low-cost countries, wanted to keep their trusted support. That’s exactly what we could give them.”

This was only possible because the ‘High Mix, Low Volume’ business often involves single-source customers: because of the complexity of the products and production processes, there was a high degree of interdependence. “There were relatively few customers, but all with a long relationship. That meant that we could go along with them on their adventures abroad.” It soon led to the establishment of a separate plant in Malaysia, in a way to keep production and sales as close as possible to each other. “It fits in perfectly with our local-for-local idea: the less transport, the more efficient and sustainable production will become.”

Nowadays, KMWE has 200 employees in Malaysia, and from the same point of view preparations are being made to get a foothold in the US. “About a third of our turnover comes from the US, so it becomes interesting to locate not only engineering but also production there. The customers – major players such as General Electric, Rolls Royce, and ASML – also ask for it.”

KMWE is active as a supplier in four main markets of high-tech engineering: semiconductors (both for ASML and BESI in Malaysia), medical devices (Philips of course, but also a global player such as Roche Diagnostics), industrial automation (e.g. 3D metal printing, including for Additive Industries, inkjet for Oce and solar cells) and finally – since the acquisition of DutchAero in 2014 – aerospace (with an important role for Lockheed in the JSF project). Voncken: “The addition of aerospace is quite special, you don’t see that combination very much in our sector, but for us, it’s a very nice one. We are broadening our market accordingly in order to spread the risks more widely, but at the same time production for this sector can run on the same machines as that of the other branches.”

Voncken emphasizes that although a lot of products are produced by KMWE machines, the development of production methods is at least as important. “We do not patent them, but we have built up so much know-how in this area that it is very difficult to copy.”

Voncken, while talking about KMWE, repeatedly mentions the importance of cooperation between suppliers in the Brainport region. KMWE is, therefore, an important player within Brainport Industries, the alliance of around one hundred suppliers within the High Tech Ecosystem in the Netherlands. As chairman of the Executive Board, Edward Voncken has been closely involved in the way in which this collaboration has contributed to making the manufacturing industry more attractive again. Voncken: “Not that long ago, many people were convinced that the manufacturing industry would disappear from the Netherlands. That all of it would go to low-wage countries and we would concentrate on the services sector. Fortunately, especially here in our region, we have been able to prove the opposite. This is partly due to the way in which we have stimulated mutual cooperation within Brainport Industries. And of course, we also have done a lot of promotion. In this way, we have not only put ourselves back on the map but have also been able to gain attention for the importance of technical education and the constant development of new techniques. It’s the R&D of the manufacturing industry, or what is sometimes referred to as ‘Industry 4.0’. 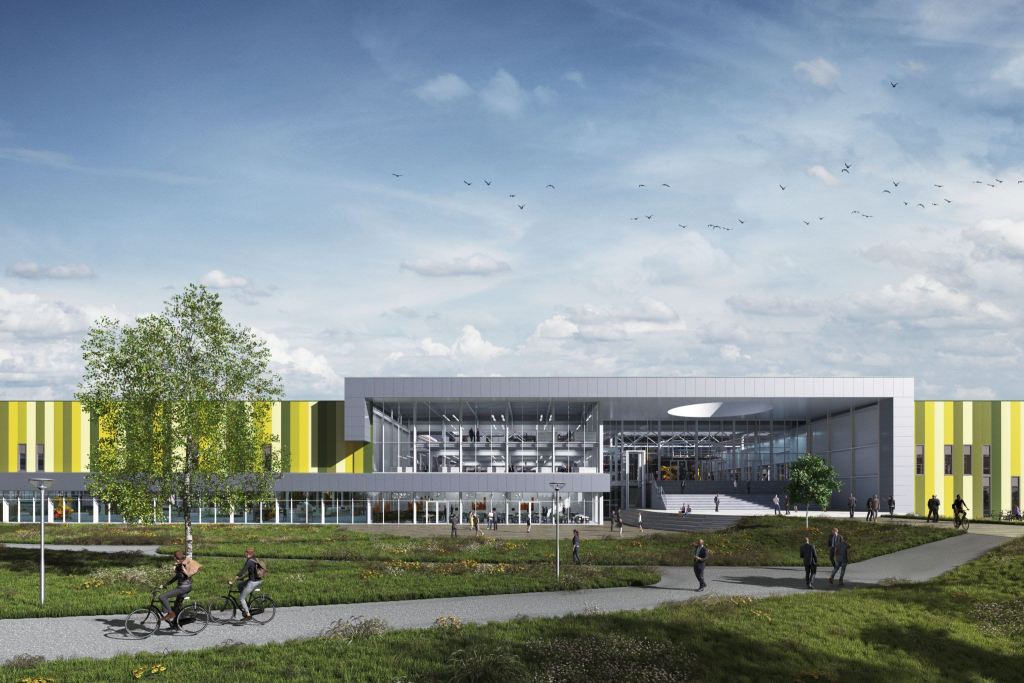 Brainport Industries Campus, currently under construction at Eindhoven Airport, just on the other side of the A2 motorway, is intended to provide the ultimate form for this cooperation. With KMWE, Voncken is the first company to move into business on the new campus – hopefully already next May. “We look forward to that and not only because it took such a lot of time before we could take this step. It was certainly not a simple decision, that we would be able to build a new campus in a green area, especially at a time when many industrial sites were struggling with high vacancy rates.” Although the initiators did their utmost to emphasize both the economic value and the importance of sustainability, the plans had to be postponed time and time again. And just when KMWE was about to change plans, it was the former mayor Rob van Gijzel, who was able to increase the pressure behind the scenes to such an extent that both politics and project developer SDK dared to take the step. “That was the moment for us to go for it. After all, this was our big opportunity to give the manufacturing industry a real face.” 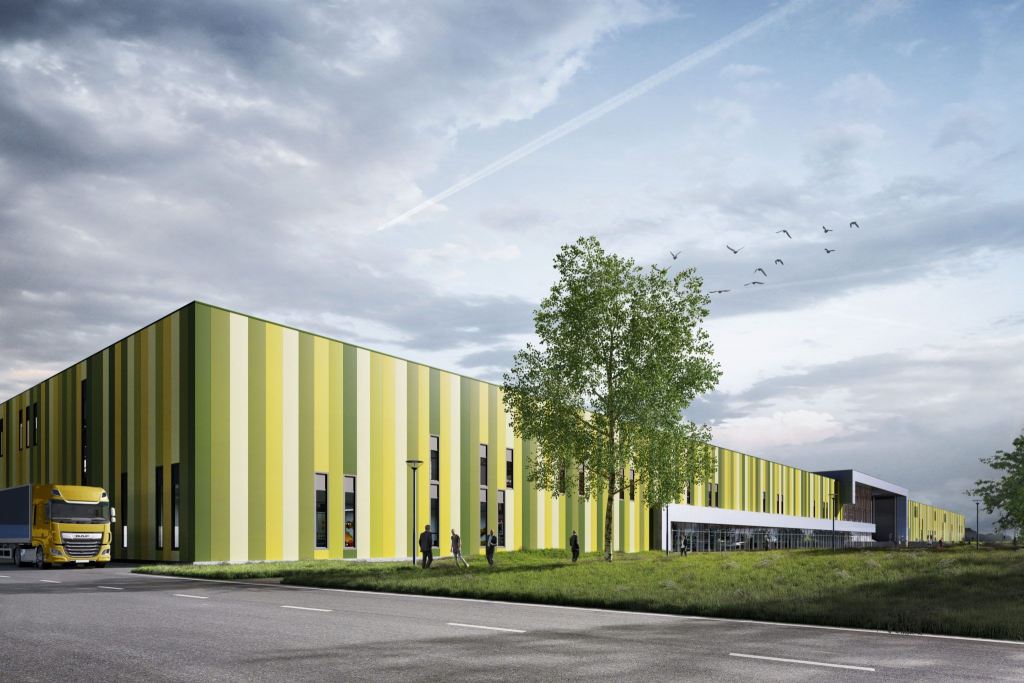 After KMWE’s decision, more interested organizations came forward, including Summacollege (which starts its education programme next September) and a couple of companies from outside the region. According to Voncken, this interest has only increased since the building has really started. He is looking forward to the moment – hopefully in a few months’ time – when KMWE will be able to move into business. But even more to the arrival of all those other companies. “At Brainport Industries Campus, you are part of the ecosystem of the high-tech manufacturing industry. Anyone who wants to do something in that respect is welcome. But they all have to embrace the philosophy of working together. For example, there will be one company responsible for the entire logistics on site. With, over a while, agv’s – automated guided vehicles – driving 24/7 over the campus. So if you don’t want someone else to perform that service for you, then just forget about coming here.” 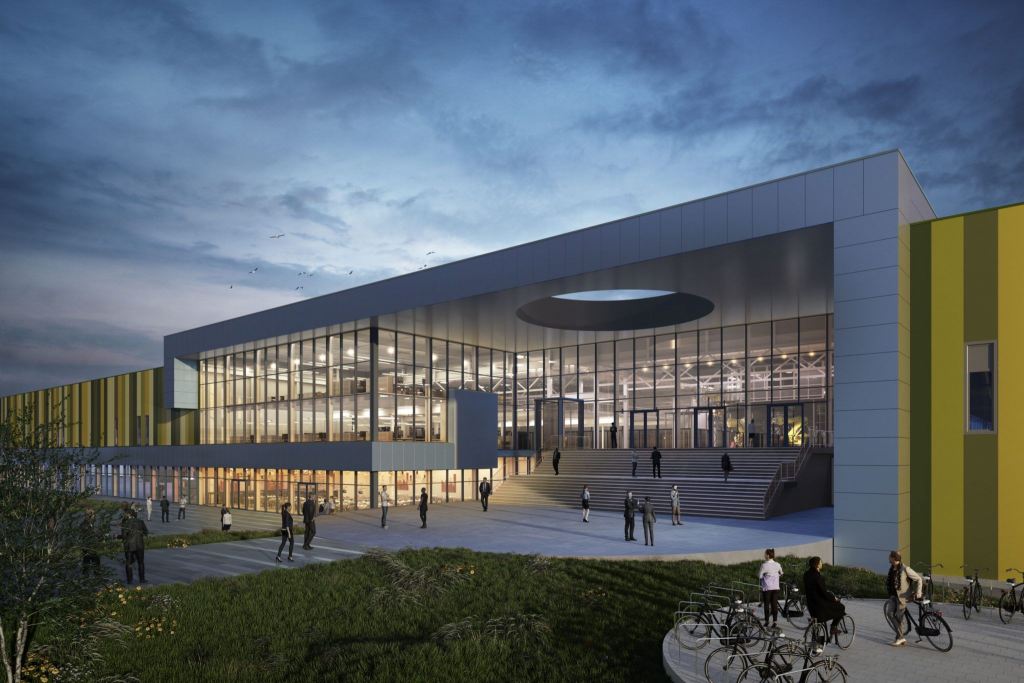 Where the High Tech Campus focuses on product development, the Brainport Industries Campus is concerned with production development. Voncken sees the campus as a circular entity, in which “the factory of the future” is supported by the (public) Atrium, which will soon be located in the middle of the campus. “Everything works together: a company designs a machine, which then ends up in the Atrium’s showroom, where customers and students can start working on it. And for us this works as well, because we can test there like we could never do in a normal production environment. This means that development and training are now next to each other, whereby it is not the school but the supplier who invests in the machines. This way the students can always work with the latest machines, which is normally unfeasible in education. And the result is that we are supplied for our own production process. With which the circle is complete.” Voncken calls it extra beautiful that the after school hours, the students can perform their part-time jobs right in the factory. Just like the founder of KMWE set up his company by working at it after his normal hours at Philips, so Summa students – “but also, for example, startups at Fontys and TU/e” – can develop a lot of experience on the spot.

KMWE’s turnover for 2017 will be around 115 million, Voncken expects. In 2009 this was still about 20 million, and growth does not stop yet. The manufacturing process remains the core of KMWE. Voncken: “We will never become an engineering agency, we are there to help the customer from start to finish. This is only possible if you keep development and production very close together. Fortunately, we understand that in this region and that gives us a head start abroad.” However, this also means that maintaining workmanship is a crucial factor for KMWE – and not an easy task in times of staff shortages. “Everyone can buy a machine, but it’s the people who have to do it. Well-trained professionals, that’s really incredibly difficult. Especially if you see the development in this, for example in the blurring of the differences between the factory and the office. In fact, we are very actively encouraging this. Engineers in the factory, workers in the office, at some point you don’t even see the difference anymore. That also has everything to do with keeping development and production together. Once again, this region excels, and we can also show it in other places.”

Academic heart, commercial head
What is the ‘box’ when it comes to thinking 'outside the…
Brightlands leverages innovation for premier sports
Dortmund: where innovation drives community spirit
A corporate Cupid is indispensable in innovation
Innovating or improving sustainability as a small business?…