Regardless of whether 40 or 50 micrograms of nitrogen oxide will be the limit, whether the driving bans for diesel vehicles come and how extensive they are, one thing seems quite clear at the moment: the future of local public transport will be electric. Electrically powered vehicles promise a remedy, not only for the currently most hotly debated pollutants such as nitrogen oxide, CO2 and particulate matter. It’s about time, even if the EU Environment Agency with its estimated 10,000 people, who are expected to die prematurely within a year in Germany alone and solely because of air pollution with nitrogen oxide, is possibly overshooting the mark. Signals from Germany.

Obus for range and operating time

and charging time. In comparison to diesel fuel, a current battery has about 100 times the mass. The electric vehicle can therefore at this point in time either transport significantly fewer people or has a much shorter range than the diesel vehicle. Refuelling the electrical energy is also paralyzingly slow in comparison to diesel: refuelling diesel for one minute takes about 100 minutes for a battery bus. It is precisely at these two points that trolleybuses can play off decisive advantages. They don’t have to stop to charge and the built-in battery – which can be smaller than that of a pure battery-operated vehicle – gives them significantly greater flexibility compared to trams.

They still exist, the “pole taxis” and “Strippenexpresses” 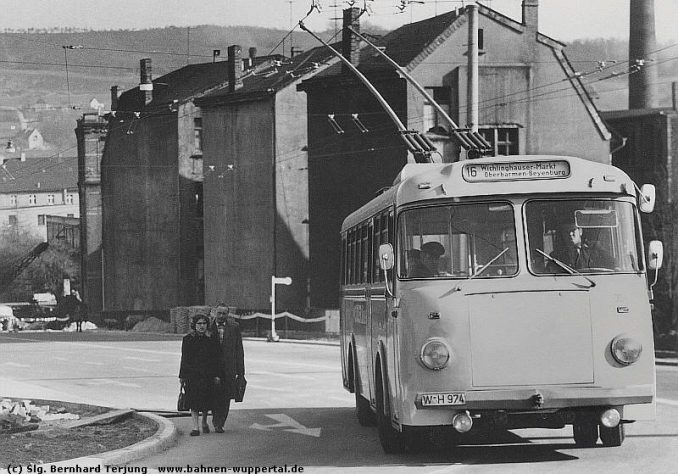 60s. In most cities, they were gradually replaced by the clearly more flexible diesel buses. Of the remaining trolleybus systems, this has the longest tradition in Eberswalde. Here the so-called “Strippenexpress” runs since 1940. In Esslingen at the Neckar, they were put into service in 1944. Die Solingen “Stangentaxis” were added in 1952. Since then, the rolling stock in these cities has been repeatedly renewed and modernized.

Drive and load, use the most valuable resource efficiently

There are many battery and charging concepts for electric buses. The spectrum ranges from vehicles that complete their route with a single battery charge and are charged overnight to flash charging at bus stops and charging at the end points of the routes. What they all have in common is that the vehicles do not drive when charging, but stand still. As a result, they usually cause double purchases. They also make insufficient use of the operator’s most valuable resource in developed countries: the driver.

Catenary buses or trolleybuses are supplied with electricity during the journey. A particularly flexible variant is the combination of overhead line and battery. The new In Motion Charging concept (IMC500) from Knorr-Bremse, for example, offers this. The system from the Munich-based manufacturer supplies all subsystems of the vehicle via the overhead line while the vehicle is in motion and simultaneously charges the batteries. On routes without overhead lines, the bus then runs on battery power. Advantages: The battery can be smaller than that of a pure overnight charger, and downtimes for charging can be completely eliminated. In addition, the higher the charging power, the less time the vehicle needs under the overhead line and the less overhead line has to be installed. With the IMC500 the trolleybus needs only an overhead line distance of approximately 20% of the total distance. Thus the infrastructure costs can be further minimized. 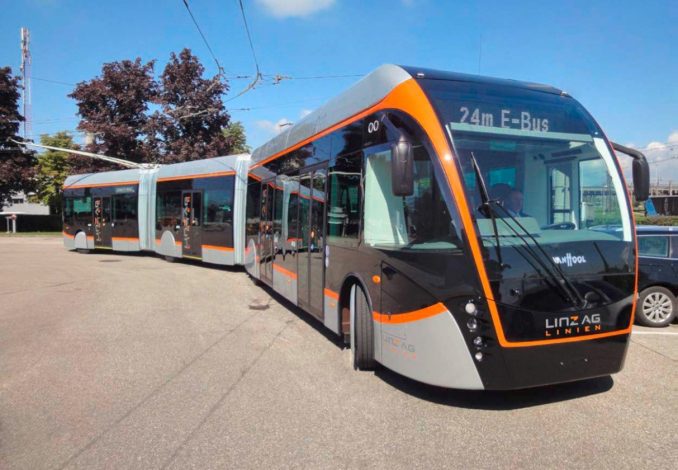 The latest achievement is the Obus system in Linz: an IMC500 double-articulated trolleybus with a length of 24 metres and space for 180 passengers. This is how the latest trolleybus comes along as a cost-effective alternative to a tram. By the end of 2018, ten to fifteen further trolleybuses are to follow. In Linz, there are definitely no discussions about diesel driving bans.

First fully electric truck that can charge its battery on an…
Stop whining about high fuel prices when you're on the road…
Brave New World: the end of the combustion engine in Europe
On the road with the 9 euro ticket. Part 6: between Solar…
Where is rail transport organized best?
On the road with the 9 euro ticket. Part 2: IdeenExpo…
Manage Cookie Consent
We use cookies to optimize our website and our service. Help us to make our site better by accepting all cookies.
Manage options Manage services Manage vendors Read more about these purposes
View preferences
{title} {title} {title}