The easiest way to get an answer from Bill Peduto is via Twitter. The mayor of the American city of Pittsburgh has over 45,000 followers and he still manages his own account. At least this is what Monica Woodley of British magazine The Economist told us last Thursday during a webinar on the study ‘Empowering Cities‘. A think tank from the British magazine conducted the survey, that was commissioned by Philips.

Under the title “The State of Eindhoven” E52 brings a series of stories about the steps the city is taking on its way to becoming a smart society and about the connections between big data and people within this society. Read the whole series.

In total, 2000 urban residents and 600 businesses were surveyed. The cities of Barcelona, ​​Berlin, Buenos Aires, Chicago, London, Los Angeles, Mexico City, New York, Rio de Janeiro, Shanghai, Singapore and Toronto were the hunting grounds. The aim of the study was to see how people experience the smart city and how to involve them in it.

One of the most striking results of the study is the willingness of people to share data. Only 20% of respondents reportedly did not wish to provide personal information to enable the smart city. The main themes for them were transport, telecom and limiting pollution.

“Policymakers see people too much as a consumer and a source of data.”

The will to share is there. Only many respondents say they do not know how. Only 15% of them reported to have meaningful opportunities to contribute to the smart city. The citizens’ willingness is hardly heard, according to Woodley. “Policymakers see people too much as a consumer and a source of data. They need to see them as active contributors to the city.”

Some cities are the exception. Pittsburgh is one of them. Citizens can provide feedback on policy decisions through social media and a special app, express their feelings and leave messages when something in the city is broken. The municipality is looking for input from as many citizens as possible. “Actually, it comes down to crowdsourcing the city,” said Woodley. 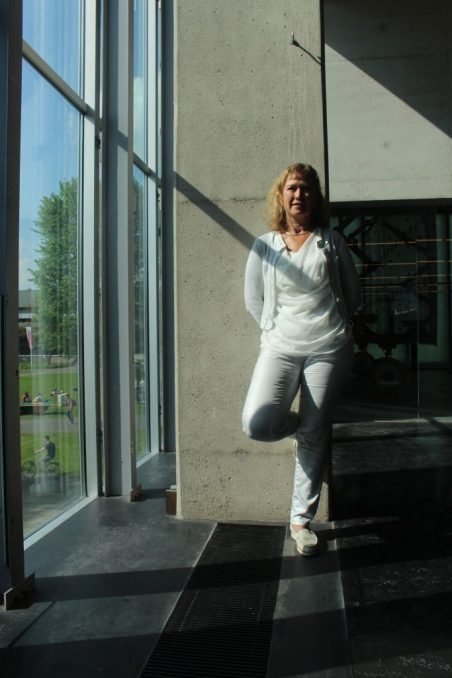 That’s also the approach of Elphi Nelissen, professor of Building Sustainability at TU/e. She leads the Smart Cities Program of the University and is involved in the ‘Brainport Smart Village’, the smartest district of the Netherlands that rises in Helmond. According to Nelissen it’s also about awareness. “People do not realize that they already share a lot of data. For example, the data generated by their car. These data are used to calculate estimated travel times, congestion and smart routes.”

Crowdsourcing the city, it sounds interesting, but what about privacy? The investigation revealed that the eagerness with which people want to share data, disappears when their privacy is not secured properly. Suggested is to create a digital panel that allows people to easily choose what they share and whom they share it with.

Even residents of the smart district in Helmond will remain to be boss of their private data, says professor Nelissen. “It should be made clear what the benefit of sharing really is.” The resident must be able to make a conscious choice. “For that we create a platform. People can use it to cope flexibly with their data. They decide what to share, and with whom to share.”

“It can make them, but also break them.”

In short, creating a flexible and transparent system in which privacy is guaranteed and people will eagerly share everything must be the goal. At the end of the webinar Woodley adds an extra angle. When requesting feedback is established, citizens will start using the opportunity. It will not stop: “Policymakers and politicians should do something with that information. It can make them, but also break them.” Mayor Peduto still has a lot of tweets to send.

'Quit your job for one day a week'
For a smart city, you need to densify, not expand
Move to live: how Move to Be wants to get the country…
'I hear too often that women have to be harder, more…
Living in your own sustainable social housing
Team CORE uses shredder to safely chop up batteries in salt…