Eindhoven wants to become a smart society. But how does that work? What’s going on in a society like that? Are there any good examples to learn from? DataStudio Eindhoven explores the transition a city has to go through to actually become such a smart society. Each week, we present a new contribution on E52. This week: data-empowerment. Read all the articles in this series here.

On October 24th during the Dutch Design Week, as part of the World Design Event, DATA Studio Eindhoven realized the exhibition Embassy of Data. Part of the accompanying programme was the international conference A City As Smart As Its Citizens. The DATA studio wanted to highlight both the findings of its programmes and a realistic perspective on the development of the ‘smart society’ in the city.

The conference focused on two topics. The first, data empowerment of citizens, is the subject of two articles. The second subject: readability of data in the public space, is dealt with in one subsequent article.

From smart city to society
The tone of the conference was set in an appealing way by the opening statement of councilor Mary-Ann Schreurs (read by Linda Vlassenrood, project leader of the DATA studio). She said: “First we talked about the development of the smart city, then we talked about the development of the smart society. Perhaps now is the time to drop the word ‘smart’. Let us put the question back on the agenda of what society’s development needs and then look at the role that data can play in this.”

Linda Vlassenrood then gave a short introduction to the themes of the exhibition of the Embassy of Data, which formed the prelude to the topics of the conference. In the Embassy of Data, it is established that municipalities are in a difficult situation with their data politics. Eindhoven is a good example, but the problem is present in many cities. On the one hand, there is now a widely supported aim to publish as many datasets as possible openly and in a divisible manner. On the other hand, municipalities recognize the importance of protecting citizens’ privacy. And that is a reason why many datasets should not be published. Cities are eager to promise their citizens that they are on the way to becoming a smart city. However, the impact of cities on the urban data climate is in fact small. Not only does the above-mentioned problem play a role, municipalities also have little control over the data generated in a city. Private companies (starting with the well-known list of Facebook, Google/Alphabet, Amazon, Uber and AirBnB) have access to much more data and use it for their own agendas and profit goals. Well, they are not necessarily at odds with the interests of municipalities and citizens, but they certainly do not coincide. Municipalities, therefore, have less influence in the data sphere than companies. And individual citizens have much less to contribute.

In order to improve the democratic debate on the use of data, the first step would be to strike a better balance between these assymetrics. In other words, citizens should be data-empowered. What would that look like and how do we get it done?

Data empowerment of citizens?
Keynote speaker on data empowerment was Maya Indira Ganesh, researcher and programme developer of the Tactical Technology Collective, a globally operating non-profit organization based in Berlin. Tactical Tech consists of involved citizens, researchers, coders and activists who deal with civil rights, privacy and security in the technological sphere. In her own words, Maya Indiria Ganesh is “interested in the way power works, and investigates this in the field of technological development and the data delivery of society.”

In a previous piece for E52, there was an interview with Maya Indira Ganesh, in which she explored the notion of data-empowerment. Before this lecture, she studied the subject matter in more depth. 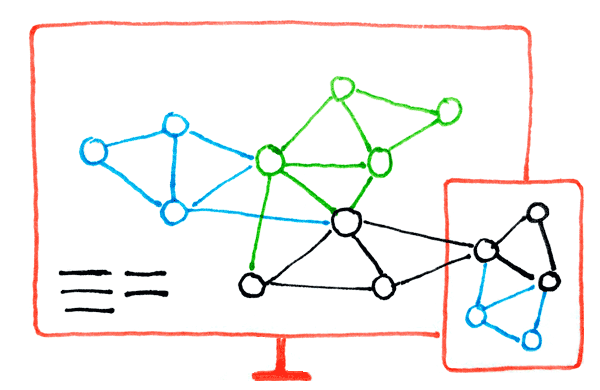 Step 1 is data awareness
The beginning of data empowerment is data awareness. This starts with asking questions, and continues to ask questions. Why is this data collected? And what purpose can these data serve? A persistent misunderstanding about data is that it is ‘neutral’. All the data that is collected is collected for a reason, and that reason is ingrained in the way the technology is organized. How does data communication affect your existence? Is your data as unique as you are? Would you recognize your own data?

At the same time as the conference in Eindhoven, a major project of Tactical Tech Collective in collaboration with Mozilla opened in London: The Glass Room “a disruptive tech shop, in which nothing is for sale” – a store for data awareness. One of the take-aways is the Data Detox cure. With this 8-day treatment, you can get a grip on the data that you give away free of charge in simple steps that do not cost more than half an hour per day. This is an important basis under data-empowerment: getting more control over your data shadow. First of all, close your data leaks, on the basis of which you can become selective about who is allowed to do something with your data. 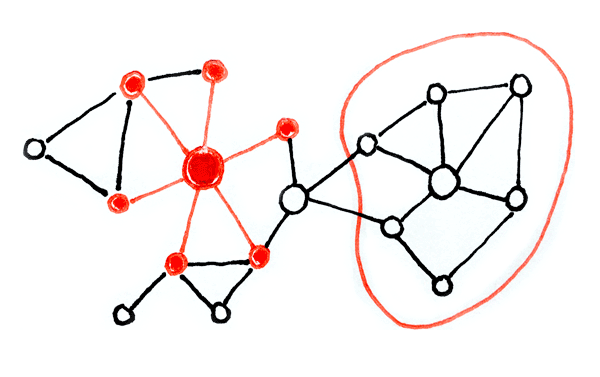 Then: data applications
The next step is to be able to apply data yourself. A possible approach to this is presented by Graph Commons, an initiative of Turkish media artist and activist Burak Arikan. With this online toolkit, everyone can make the patterns in their own data visible.

And this brings to light another series of questions. How can these patterns be used? And again, by whom? The data depictions of the refugee crisis show you how visibly rendered data can be used against citizens. Making data visible is therefore certainly not automatically emancipating. The trick is to analyse data and make it visible in such a way that it can give rise to action.

Tactical Tech focuses mainly on holding people and organisations with influence to account. Examples include the practices of Little Sis, a database depicting the networks of lobbyists, politicians, CEOs and the like, showing how financial power in particular is organised. Media Matters is a non-profit organisation that analyzes and visualizes disinformation campaigns in the US (especially of Republicans). Another interesting example is the French La Fabrique de la Loi, which monitors (proposed) changes in legislative texts and makes them searchable for citizens.

The lectures at the conference were followed by discussions aimed at making concrete perspectives for the participants. For this purpose, the audience was divided into groups. The discussions were led by the members of a panel. In addition to Maya Indira Ganesh, this consisted of Saskia de Beer, developer of ZO! city urban development platform, Merel Noorman, smart city researcher at Maastricht University, and Chris Sigaloff, former director of knowledge country and member of the think tank of the DATA studio.

The discussion can be found in Part 2 of this article. [link follows after publication].