On arrival at ASML, ready to meet Christos, we have a little mix-up. It turns out we are supposed to be in a different building. Luckily it is in walking distance, so a few minutes later than planned we shake hands with Christos. He takes us to the ASML Plaza, the enormous company restaurant. On the way there we pass walls full of patents and the showroom. Next time, we would love to have a look there! “This is my first job after I graduated in Greece,” tells Christos, “My job interview with ASML was via Skype. I have a bachelor degree in Physics and a master degree in Material Science and now I work in engineering. You would think they are different disciplines, but it is all about the way you think and approach engineering challenges. I work in a great, very international, team. At ASML we have over 100 nationalities!”

“I didn’t know Eindhoven that well when I moved here in June last year. But I know now this city is the only city in the Netherlands that makes this much progress. Of course, I haven’t been here very long, but I but the atmosphere is great here. I come from Athens, a very crowded city where half of the Greek population lives. My transfer to Eindhoven was a good one: people are so relaxed and smiley here and I really don’t miss anything. Since half a year my girlfriend joined me here,” Christos says these words with a big smile, “I’m so happy she’s here! On my own, I did well, but being together is even better. But it was a good thing I was here by myself at first, it forced me to go out and connect with the people and the city. When you start a new life together, you are depending more on each other.”

“I want to be part of Dutch society and by learning the language, it takes away barriers”Christos Kougianos, Manufacturing Engineer at ASML

Christos is very active and wants to make the most of his life. “My advice to people who want to start in a new country: do as much as you can to integrate. In my case, I started with my Dutch lessons really quick after I arrived here. I want to be part of society and by learning the language, it takes away barriers. My girlfriend works only with Dutch people, so for her, it is sometimes difficult to participate in a conversation. But you can’t expect of your colleagues to speak English all the time. I also have some Dutch friends and with them I go out for a beer or we go to a restaurant. In Greece, I played basketball, and I wanted to do that here too. I contacted a Greek friend here in Eindhoven and he suggested some clubs to me. The teams at the university were only for students, but Achilles in Nuenen welcomed me with open arms. I attended a couple of training nights, I liked it very much and decided to stay. It is a happy and funny coincidence the club has a Greek name.” 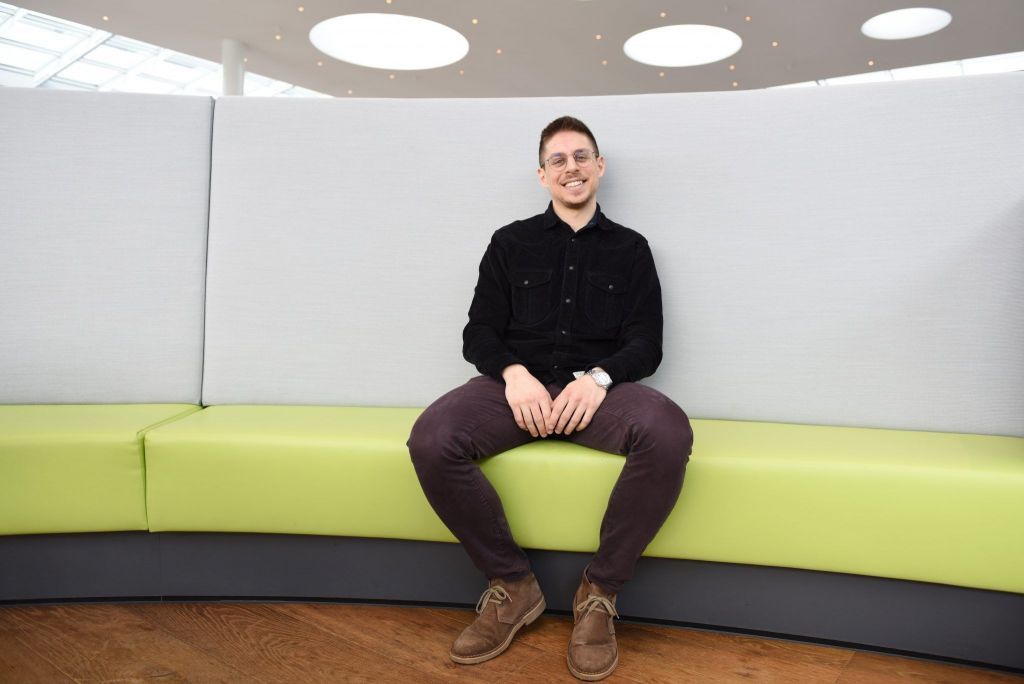 Finding a house can take a while in Eindhoven, but Christos was able to do it quite fast. “Within a month I found a house. I arrived in June, and that is a good month to look for a house. Lots of international students graduate and move out.” Christos and his girlfriend will soon be moving again because they found a nice house in the Philipsdorp neighbourhood with the help of a rental agent. “We wanted to stay close to the city centre, but also close to Strijp S. It was too soon to buy a house, I mean we are happy here, but we don’t know what the future brings. For now, we are going to pick up the keys to our new house and start decorating and moving.”

What will building the metaverse mean for the European tech market and its funding?

Without dialogue, every innovation model is worthless