Working together for a better and especially a more sustainable future. That is the idea of the province of Noord-Brabant behind the Brabant Living Lab. Together with their partners, they set up this event, in which visitors of the Dutch Design Week can think along with the province’s authorities. 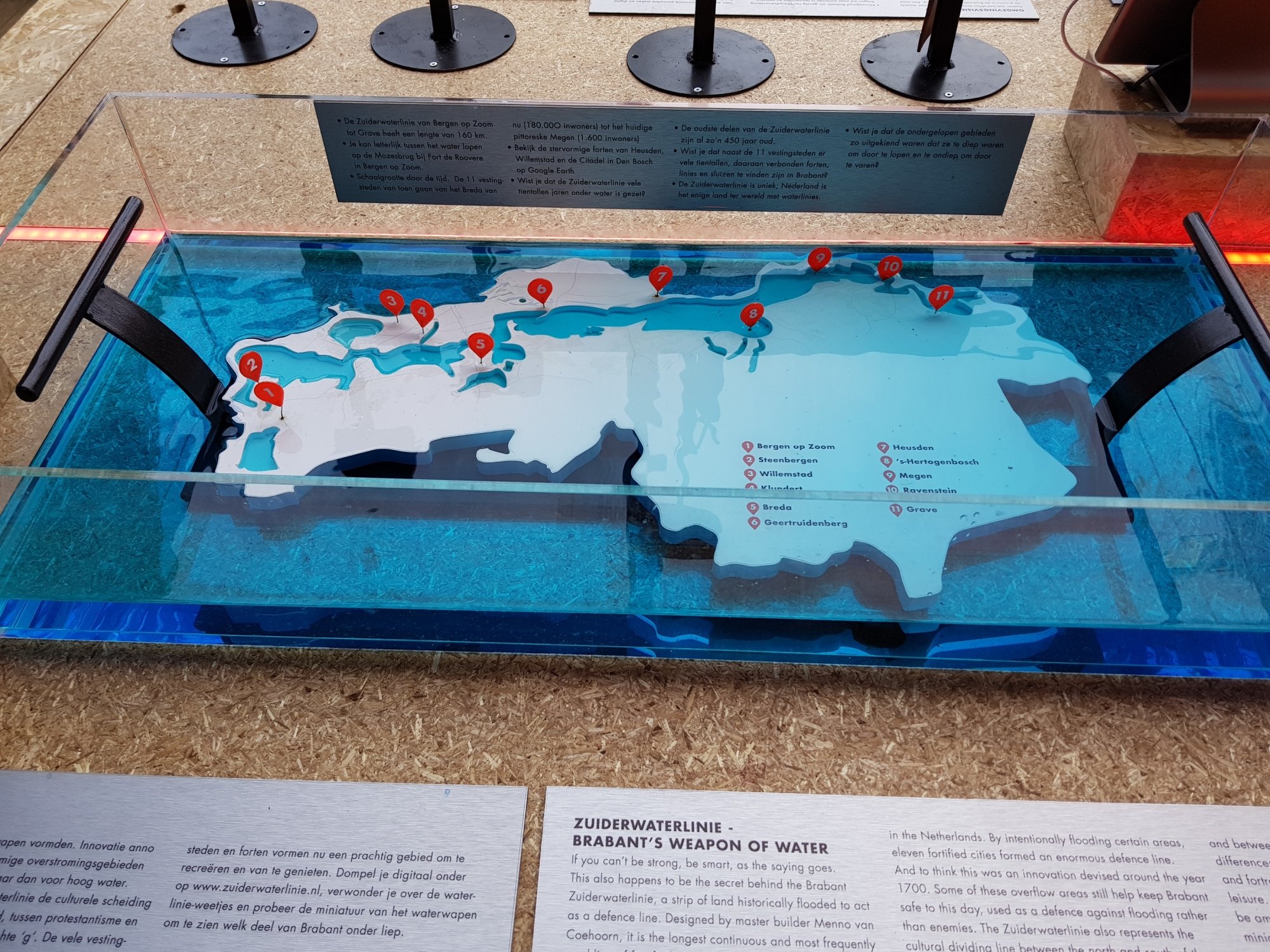 On the Ketelhuisplein there is a large round hangar filled with a large long table full of innovative solutions for typical Brabant problems. Brabant would not be Brabant if it were not about water. The Zuidwaterlinie was designed by Menno van Coehoorn and protects the province against water from the major rivers. Here visitors can experience for themselves what happens if the line is not properly designed and which parts of Brabant can be flooded.

In addition, a barn cannot be missed. An innovative barn with a special hexagonal shape should prevent odour nuisance and CO2 formation from manure. A fast cycle route that ensures that Brabanders can move faster and more sustainably between the major cities, a visualisation with bicycle bells completes the whole. On the corner of the table is a marble track. It attracts the attention of the audience, but for many, it is not immediately clear what it is exactly. Only after reading the explanation it becomes clear; the marble track with many bends represents the flexibility of residents to adapt to new ways of life. A fact that is central to this event.

Working together
“It is the intention as a province to get in touch with residents and interested people to be able to talk about developments in the province. We want people to be more involved in the plans we make as a government and this event is a good way to do that”, explains Judith Vinkenvleugel, communication advisor around Brabant Living Lab of the province of Noord-Brabant. “The projects listed here aim to get feedback on the plans. Often our partners have designed the presentation in an interactive way so that people can really do something. With the feedback and reactions, they continue to develop the concepts.” 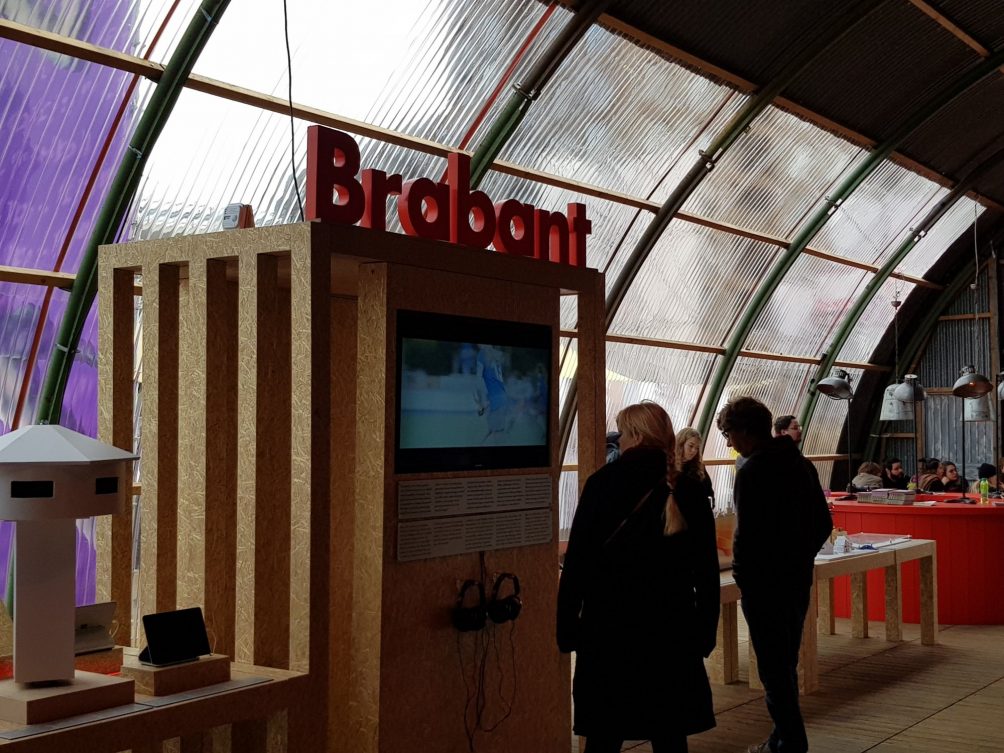 Augmented reality inhabitant
In a corner of the exhibition is a model of a small fortified town. By answering questions about the future of the city, such as about the economy and green space, augmented reality shows you as a resident of the city. By walking around the table with the with a screen in hand, you travel through time and see how your choices are changing the city. “In this way, we want to make it accessible to discuss the possibilities for the future with us as a province”, says Ilse van Rijsingen, project officer for the Environmental Vision of the province of Noord-Brabant. After completing the questions, the user receives a profile. At the moment there are two profiles; the ecological or the technological profile. “We are testing the tool here, the results that the tool now gives back to the user are still very black and white because the options are still quite limited. If we see that it works here during DDW, we will expand it with more algorithms to generate more results in the form of new questions or more profiles.” 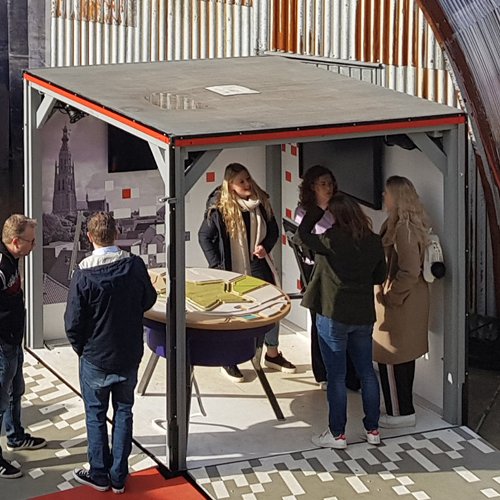 The game ‘No escape-room’ was set up with more or less the same goal in mind. In this game, people have to solve common dilemmas about reducing CO2 emissions. A group of young people play fanatically, but the game also evokes a substantive discussion about insulating a house and reducing electricity consumption. Next, to the fanatical students, people are cooking, which can be smelled all over the site. Urban Food Farm is a concept in which the crop is grown by a robot, pixel farming. This would mean that in the future no more food would have to be imported, but that a whole meal could be grown by itself. In the Urban Food Restaurant, a wide variety of dishes are made from these crops, tailored to the choice of the visitors.

During the exhibition, there is also a focus on the importance of voting for the provincial elections. “By making voting accessible and showing what your vote can change, we want to motivate people to go to the ballot box”, says communications advisor Vinkenvleugel. In conclusion, Brabant Living Lab is an event in which the future of the province is discussed in an interactive way with young and old. 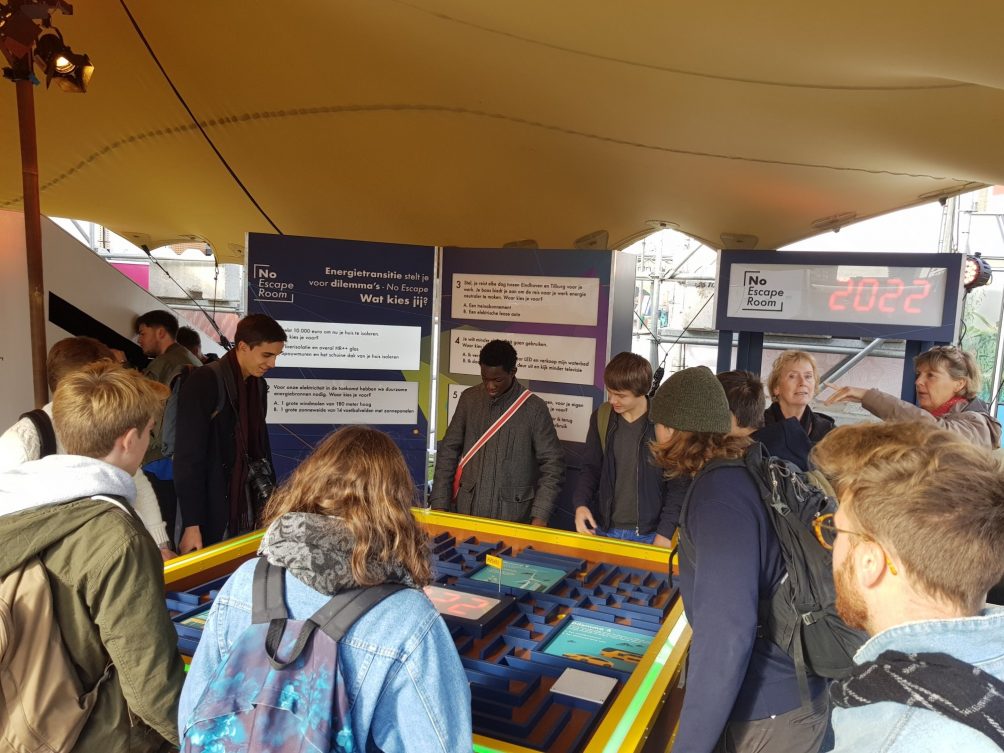