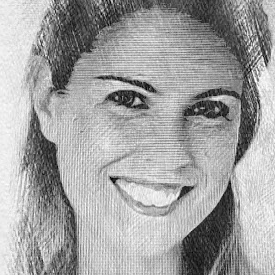 Deaf people who can hear again, blind people who can see, paralyzed people who can move again: the objectives of the third Nijmegen AI-lab are by no means small. By means of artificial intelligence, machine learning, and implants, the brain would not only be able to pick up the mental control of the body again but could do the same for its senses.

Looking, feeling, hearing, smelling, controlled movement: these are essential functions in a person’s life. Those who miss them are literally limited in their functioning. Restoring these kinds of functions is the main objective of the Donders ICAI-lab, which was opened in June at the Radboud University in Nijmegen. In doing so, the lab draws on recent developments in various disciplines, which together offer new perspectives on major advances in neurotechnology. The AI solutions devised here should also open up important new areas for the business community. Hence the close collaboration between research, government, and entrepreneurship within the Donders AI For Neurotech Lab.

According to Marcel van Gerven, scientific director of the Donders ICAI lab, AI is important for innovation and a way to gain insight and influence on, for example, human cognition. Also in this corona era, these developments are still moving science forward. Van Gerven: “In Nijmegen, there are more and more collaborations with Radboud University in the field of, for example, brain-computer interfacing. People with the so-called locked-in syndrome who are totally paralyzed can still communicate with the help of a computer.”

An example is a headset that measures brain activity. To develop this, a lot of research needs to be done into how the brain works. Van Gerven: “We mainly focus on the use of brain implants, but in Nijmegen, a lot of research is also being done into EEG. This is a method to measure the electrical activity of the brain. It is a non-invasive procedure, in which the electrodes are usually stuck to the scalp.”

AI can be used much more widely. “Think of solutions to restore the visual perception of blind people. Or to develop methods that can control muscles, suppress epileptic seizures, and help paralyzed people to communicate. We don’t focus on the development of the implants themselves, but on the AI that controls them.”

To achieve all this, Radboud University works together with national and international institutes and companies, such as the Netherlands Institute for Neuroscience (NIN), UMC Utrecht, TU Delft, Eindhoven University of Technology, and universities in Belgium, Germany, and Spain. Within the Donders lab itself, there is a collaboration with organizations such as Phosphoenix, Advanced Bionics, Oneplanet Research Center and Abbott.

“At the moment, research is being conducted into implants that are inserted directly into the brains of blind people, giving them, albeit limited, more vision. Tests have already been done on patients who have finally been able to see something again. This is all still at an early stage, but the first signs are hopeful.”

Examples of projects within the Donders Lab

Wireless brain-computer interface from imec: 'Eventually, we…
Everything that can affect a plant
The innovative power of a 75-year-old techie with assertive…
AI to unlock secrets of the immune system
Does artificial intelligence in medicine have to be more…
Smart sleeve that lets you feel and understand any foreign…