“The Vestdijk as an underpass is necessary. It’s now or never!”
All around the world, initiatives are arising to make cities smarter, more accessible and at the same time more sustainable. Eindhoven doesn’t seem to lead in this type of “Quality of Life” and that is the reason for E52 to dive into this topic in the run-up to the municipal elections of March 2018. What are the backgrounds, what is achievable, what is minimally necessary, where are the solutions? Today, Rudy Reker argues that the Vestdijk needs an underpass. Comments are welcome, both under this article and in separate contributions.

Short review.
Eindhoven originated on an elevated site between the streams the Dommel and the Gender. The city center of Eindhoven, with the Markt in the center, is originally a small area, located between what we now call the Emmasingel, Keizersgracht, Wal, the Dommel and the Vestdijk. The current inner ring road. Because of the historical road structure, the areas the Bergen, the Dommelkwartier, the railroad and the Station have always been separated from the center by the inner ring road. But time is not standing still. There are several factors that have gone to play a role in the recent past.

1920
The independent villages Woensel, (Acht) Strijp, Gestel, Stratum and Tongelre were annexed by Eindhoven in 1920. The number of inhabitants of the city Eindhoven grew steadily. In 1954, the 150,000th inhabitant of Eindhoven was born in Strijp. There was a lot of building around the inner city, making the shopping and entertainment area even bigger, although it was cut off from the city center by the inner ring road. The traffic intensity on the inner ring road was greatly increased, partly due to the prosperity after the second world war, the population growth of our city and the absence of an alternative route.

2017
The number of inhabitants of Eindhoven has grown by over 50% in 63 years to over 227,000. This number will increase to approximately 700,000 in the coming decades, when the reorganization of the surrounding regional municipalities has become a reality. It may still take 10, 20 or 30 years, but stopping it is going to be impossible in the long run because all suburbs have to do with each other. Think about the infrastructure, industrial parks and also the increasingly complex administrative procedures. Eindhoven currently functions as a center municipality that we now summarize with the name Metropolitan Region.

The accessibility of Eindhoven is strongly under pressure
By closing roads in and outside of our city, which happened under the current college of PvdA, D66, SP and GroenLinks, you don’t achieve the result you had in mind. Traffic finds its own way through roads that are less suitable with the undesirable consequence that air pollution moves to neighborhoods where more people live. Moreover, this is detrimental to the accessibility of the city center, which causes shops and catering businesses to miss out on clientele.

At the start of their coalition period, the current college already made a capital mistake by, with a single stroke of a pen, destroying the Grote Ruit around Eindhoven, which has been worked on for over 10 years. It’s still noticeable every day, in a negative way. An accident on the A2/A58/A67 highways around Eindhoven closes the entire region. We shouldn’t want that. A good accessibility doesn’t stop at the municipal border. A good regional cooperation is necessary, now more than ever.

More asphalt doesn’t always have to be a solution. But a good road structure that enables traffic to reach the destination through the shortest and fastest route is necessary for a city with national economic significance. Closing and narrowing roads, which is now being done by this college, is completely unnecessary because there are plenty of other solutions. The current thought is that all motorized transport is going to be driven electrically and/or will drive on hydrogen on a relatively short term. Either way, you need a good infrastructure. 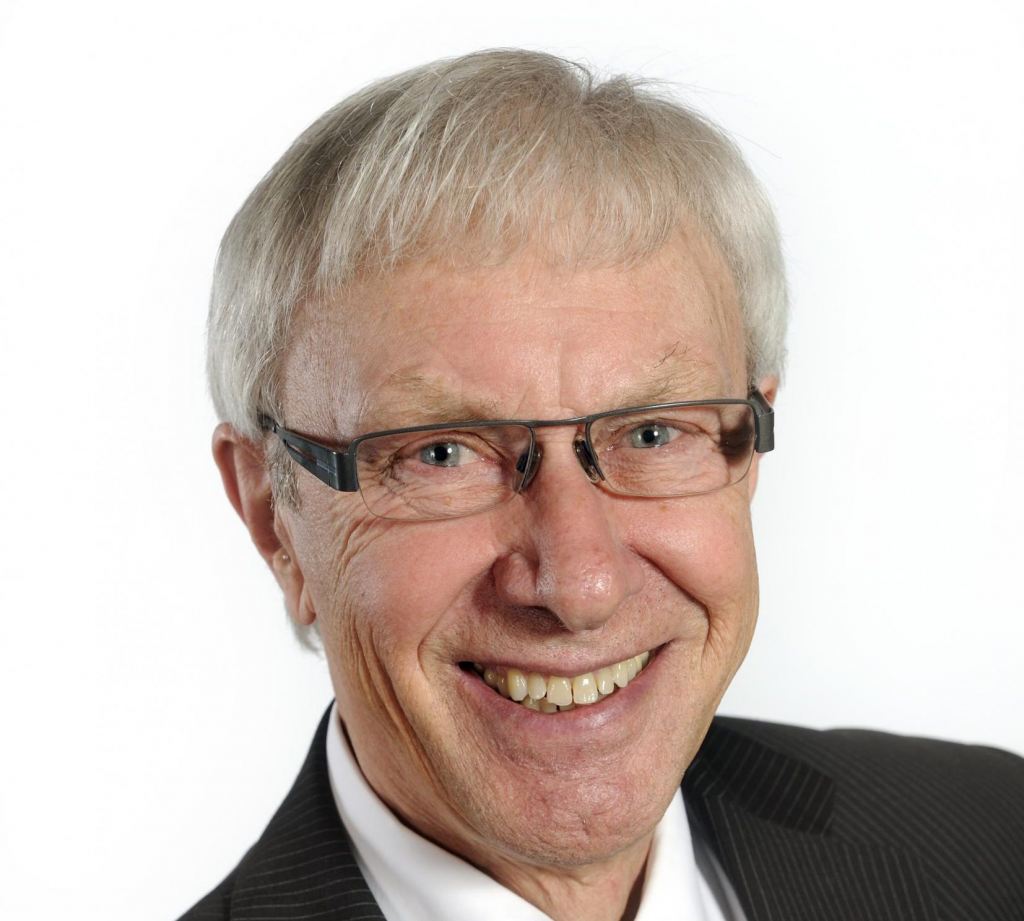 Visionless
For many years, Eindhoven has lacked a long-term vision. Every college just does something. Although a council working group had been set up ten years ago, partly at the request of the Lijst Pim Fortuyn, it died a silent death because the scheduled meetings were repeatedly pushed back on the agenda by the college. We as LPF concluded that the college was too afraid because it had absolutely no vision of the future.

Looking past the tip of your nose also means looking at how other big cities in the world are tackling their problems. That also wouldn’t hurt Eindhoven. Why would we want to reinvent the wheel of flow when many cities in the world have already done that? The negative result of an introverted city is that you will spend (and already have spent) many millions of euros on individual projects without cohesion in a larger whole. This while the same development projects, as we have created in Eindhoven, could later become an obstacle to other large-scale projects.

Do it right straight away
There will eventually come a day where Eindhoven wants to put the current development plans together. The Lijst Pim Fortuyn is really in favour of this. A completely car-free city center where the public can go shopping carefree is then a given. No more above-ground traffic on the Vestdijk, the 18 Septemberplein and a part of the Stationsweg which will do more justice to the new buildings on the station location. But also the Stationsplein and the Dommelstraat, and after the development of the VDMA area, the city center could become a big shopping and entertainment area. That is what we favour as Lijst Pim Fortuyn. When you walk out of the station now, you have to cross a busy road first before you can enter another development plan. The same thing goes for the Nieuwstraat/Dommelstraat.

(text continues under the picture)

“Why would we want to reinvent the wheel of flow when many cities in the world have already done that?”Rudy Reker, 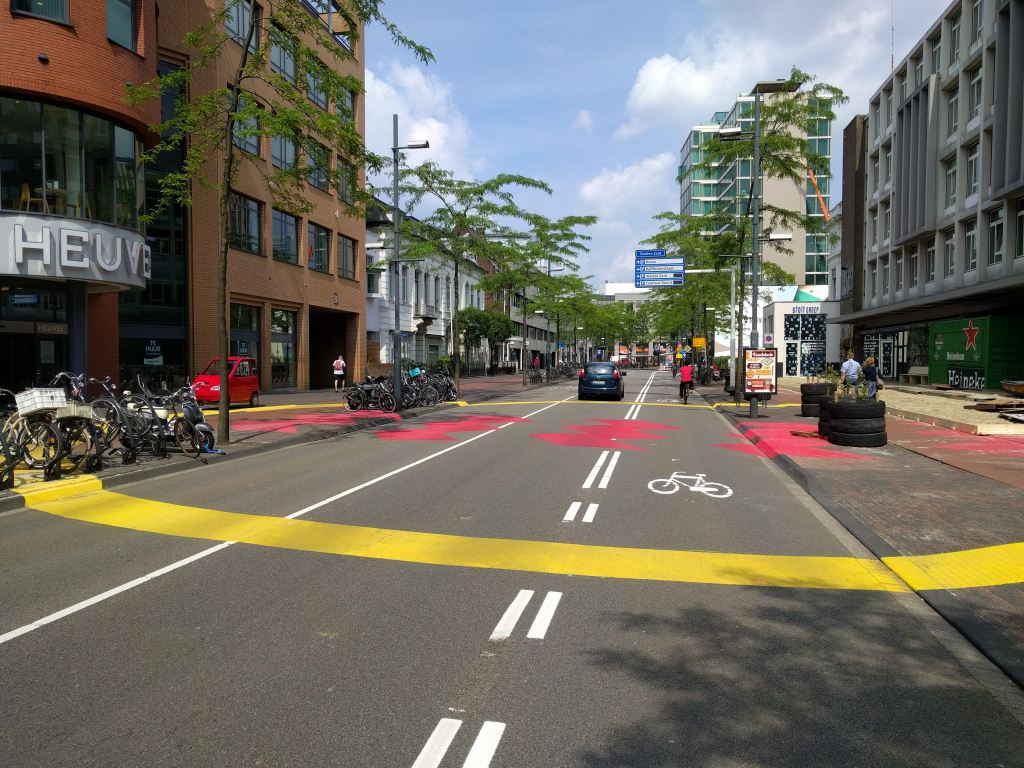 Traffic in the same direction
The current situation that urban and regional transport around the city center drives against the flow was already outdated before Eindhoven had begun its transformation. The LPF wants this to end. In all big world cities, traffic drives in the same direction and a left or right outer lane functions as the bus lane and all the remaining lanes are for the other road users. In the Dutch traffic history, it has long been proven that this can also be done in an underground tunnel pipe (Vestdijk). But the current college will have to stop the Vestdijk plans and the fumbling with the surrounding roads and stop teasing cars.

Development plans
Nice plans and designs are still being made in Eindhoven. But the finishing touch, the fusion of the whole has been a huge gap for many years in the municipal policy. Several times in our group, we jokingly speak of a municipal long-term vision of a week and a half. Take for example the beautiful project that is planned for the parking lot on the south side of the station. The roads around it will be narrowed to two driving lanes, of which one lane is for the local traffic and an opposite lane for the quality public transport. This way, these roads will always remain a barrier. Why don’t we put those roads underground in a tunnel tube? That way you can connect the entire city center which is, first of all, safer and much more environmentally friendly. It also good for the livability, the sociability and last but not least for the local economy, because this will attract more visitors to our city.

Vestdijk and Stationsweg underground
It’s now or never! Well before the Pullman Hotel, perhaps straight after the Dommelbrug on the Vestdijk, traffic should be driving in three lanes, where city and regional buses are also all driving in the same direction into an underground tunnel with a connection to the Stationsweg, which goes straight to the Dommelbrug and goes down far before the Student Hotel. The major advantage of this is that the number of times the traffic needs to stop for each other, will be drastically reduced. As well as at the intersection at the Pullman Hotel, the Ten Hagestraat/Kanaalstraat, where traffic from the parking garage can turn left straight away into the tunnel tube. At the Nieuwstraat/Dommelstraat and the 18 Septemberplein, there are no further barriers. In the tunnel, the bus only needs to stop when passengers want to get on or off the bus. They can reach the bus stop through stairs and/or a ramp, just like in other cities.

If you then clean the air in the tunnel through filters, you reach multiple goals at once. A better flow, cleaner air on the Vestdijk and a feces of other roads including the crowded Ring road. That alone will have a positive impact on air quality throughout the city center.

Make Eindhoven a bustling city
You don’t do that in the way it has already been done for years in this city. Dare to lift the city Eindhoven to a higher level with a long term vision, to a city where life is good, where there’s much to see and experience. This can financially not be done overnight, but it’s something you have to keep it in mind. At this moment, don’t carry out irreparable short term plans that cost millions of euros when these could later become obstacles to higher plans. Don’t keep running in circles while you’re making plans. Dare to think ‘out of the box’ in this city for once. Ultimately, Eindhoven is the fifth city in our country and in the near future, it can not be ruled out that it is the metropolis of this region with seven hundred thousand inhabitants. To make this possible, as a Brainport region, as one of the three economic core areas of the Netherlands, you apply for provincial, national and European grants.

Affordability
I have made a comparison between the 10.2 km long North-Southline in Amsterdam and 8 underground intermediate stations. That project has seen many setbacks over the years. When the North-South line is finished in July 2018, it costs about 300 million euros per kilometer. In Eindhoven, we can build the tunnel from ground level, which will naturally be many times cheaper. The total length of the tunnel on the Vestdijk, Stationsweg and Ten Hagestraat will be about one kilometer. With good financing and depreciation in at least 50 years, this will be a very good and affordable investment in our city of Eindhoven. 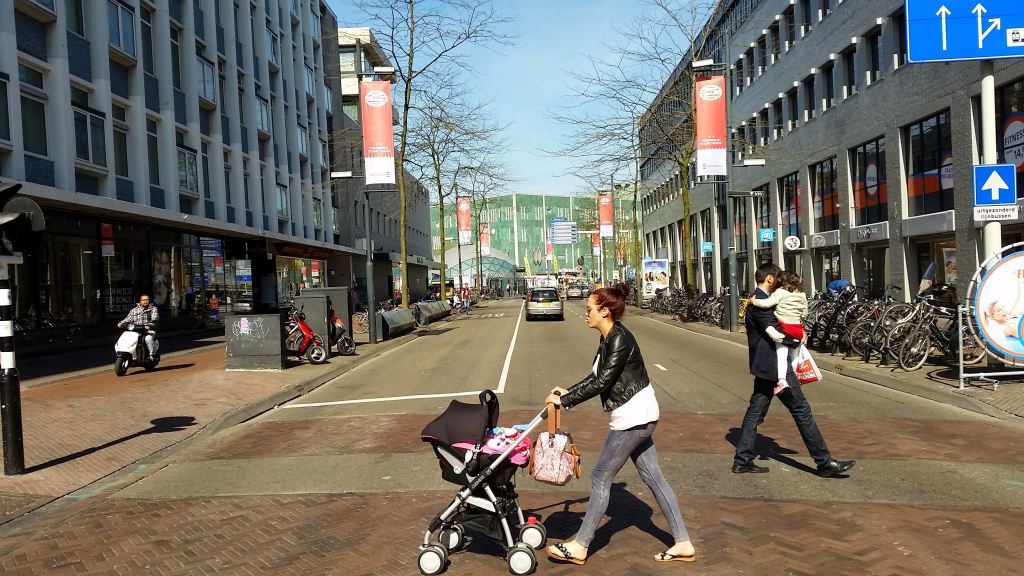