Let me ask you a question – what is the connection between an Indian guy working on flexible electronics for medical devices, an Indonesian guy developing 3D models of LIDAR data, and a Dutch guy designing technology that monitors the trainings of people with high blood pressure? The connection is simple – they all work at High Tech Campus, and what is more, they all share a house nicely located at a 10-minute ride away from the campus.

“The most important thing is that we are like a family – we are multicultural but we accept each other. They treat me like a family.”Kevin Sanjaya,

I met Rishab for the first time in the yard of the house which we all share. After a moment of silence while we were both unlocking our bikes, he offered to show me the shortcut to the campus – it was my first day at work and I had no idea where I had to go. It is always convenient in such cases when someone wants to show you the way so that you do not need to use the GPS of your phone but just indulge in sweat and worry about what your new job and colleagues will be like.

Rishab came in the Netherlands almost two years ago because he loves doing research and the conditions and finance in India do not allow for everyone to do research there, as he told me. “You don’t get the chance to work in nice labs in India unless you have a doctorate or post-doctorate degree. And also not a lot of proper research is done in India.” 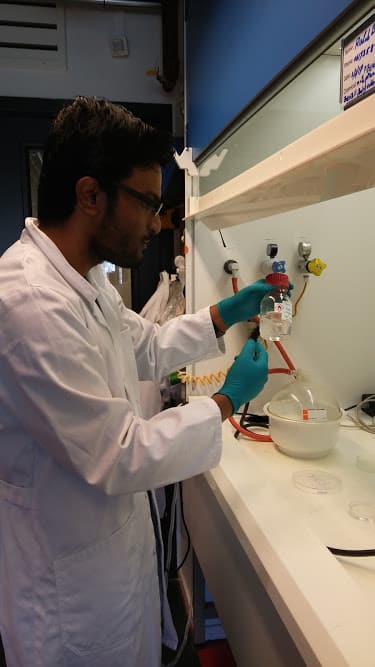 The thing that Rishab loves the most about Dutch culture, his job, and High Tech Campus Eindhoven is that there are no restrictions here. “As long as you work and finish your work in proper time, you are free. The environment here is lively and everyone, including your supervisors or mentors, is fun. In India it takes you some time to decide to talk with your “boss”. People there take themselves too seriously. Here everyone is friendly and wants to help.”

Rishab is more than enthusiastic while showing me around in the lab where he works most of the time. He is doing his master’s thesis at Philips Research working on flexible electronics for medical devices. “The end product will be combined with small and flexible ultrasonic transducers which can be attached to people’s bodies and monitor the medical condition of people 24/7, for example, of women with problematic pregnancy”, he enthuses.

“I feel like home here”, Rishab smiles and concludes that he does not want to go back to India. “I am more comfortable here.”

“The most important thing for me is that we are like a family – we are multicultural but we accept each other.”

One morning, several days after I had moved into in my new home-to-be, I met my other flatmate – Kevin Sanjaya, who was carefully preparing his lunch for work. We chatted a bit about the campus and that there are great cafeterias there but it is better for your finances if you prepare your lunch at home. Kevin immediately gave me the impression of one of those shy guys who will always talk with you if you ask them something but will never strike up a conversation. This is why I was rather surprised when I saw him at an event by High Tech XL where he was pitching a 3D animation, which he had made, in front of all the people gathered there. 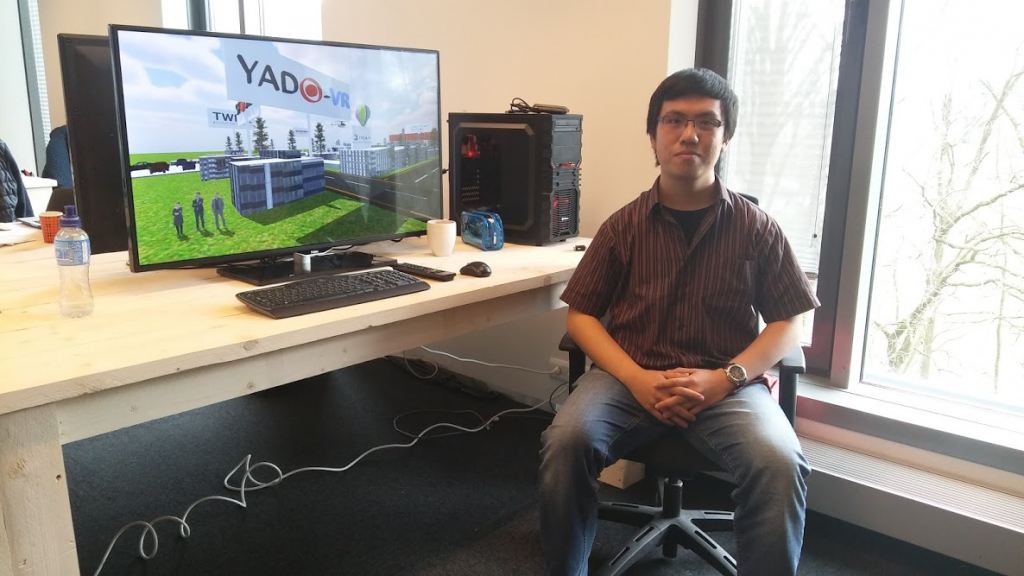 This animation is part of his bachelor’s thesis which he is doing at YaDo-VR – a company specializing at processing LIDAR data which is used for detection of certain objects, such as trees, cars, or people. This technology is going to be used for the realization of autonomous driving in the future. “These autonomous cars will be able to drive on a highway with a very high speed and as well as in very crowded streets, e.g. in India. The car will be able to detect all kinds of objects with a classification rate above 98%, almost 100%. The autonomous cars that are being designed nowadays have a detection of 60-70%”, Kevin elaborated. His animation serves as a marketing tool showing customers what can be done with those 3D models.

Kevin chose to come to the Netherlands and to High Tech Campus Eindhoven for several reasons. “After my first interview at the campus I checked the website because I didn’t know a lot about it – yes, it’s very big and there are so many companies. Then I saw it is a place for research and that it is called “the smartest square kilometre in Europe” and I thought – this is a good place to start your career.”

Kevin is more than happy with his choice. “It’s so international and multicultural but also relaxing here. The most important thing for me is that we are like a family – we are multicultural but we accept each other. They treat me like a family. Everything is very informal. I really like working here because the atmosphere is totally different from the atmosphere in my home country. In Asia I am the employee and you are the “boss”. Here I work together with my CTO and he is always very helpful and also fun. I would encourage anyone who has an intention to come to the Netherlands to do so.”

Thom from the Netherlands

“It feels grand here! It is a really impressive atmosphere – it makes you want to do your best. I very much like it!”

Lastly, meet my next door neighbour – Thom Paardekooper. He is from The Hague but he decided to come to Eindhoven to do his third internship so far at the department of Personal Health Solutions at Philips. 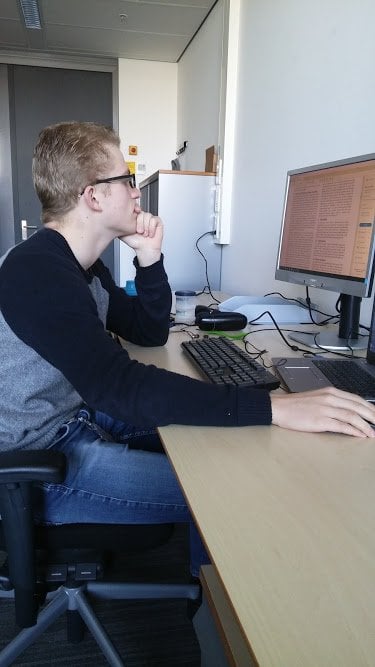 The first time I met Thom was after work – he was in the kitchen, the meeting place for all flatmates, cooking his dinner and whistling joyfully. At my question why I had never met him before so far, he told me he loves doing sports – particularly weightlifting and swimming, and he goes to the gym at the campus every morning before work, thus, he gets up very early in the morning and has early nights, too. He is also doing something similar at the Personal Health Solutions at Philips. “I look into exercises that can be applied by people with high blood pressure in their homes. I also try to design technology that can monitor those trainings so that nothing goes wrong and that people do the exercises in the right way. The ultimate goal is to help people with high blood pressure – help them exercise in a safe way”, Thom elaborated while walking me around the Philips building on the day when I met him for the interview.

“It feels grand here! It is a really impressive atmosphere here – it makes you want to do your best. Also outside the Philips building the atmosphere in High Tech Campus just feels healthy – everyone is walking and talking to one other. We also have a really nice gym at the campus. I very much like it here.”

The smartest square kilometre
The time has come for me to leave High Tech Campus and Eindhoven (for now but not for good) and from the two months I spent in this world of technology, innovation, and big and small companies, one hackneyed phrase will reverberate in my mind – “the smartest square kilometre in Europe”. Yes, smartest owing to people like my flatmates – Rishab, Kevin, and Thom, who although very different from one another have something in common – they are ambitious and smart. I will also always go by back to my stay at the campus with another word in mind – international. Because, the “smartest square kilometre in Europe” is an actual melting pot of cultures, languages, nationalities, and people as different as chalk and cheese.