Early June we presented the top 10 Expats. To be completely honest, we made it into a top-11, because the jury didn’t know who to skip from the almost-final list. Milan Lenters and Bob Munten interviewed all of them. You can read their insights in these 11 stories here.

Of course all of the awarded expats have strong opinions on their second home town, Eindhoven. We collected the most eye catching among them here. Enjoy! 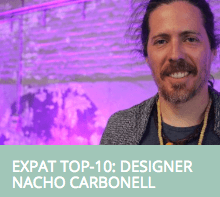 “I want to express myself and that’s all possible here. The open, welcoming attitude in Eindhoven is really nice.” Jorge Alves Lino

“People here have a progressive mindset, they show initiative and are always looking for improvement. And the nice thing about Eindhoven is the approachability. Everyone can join in, everyone is welcome.” Camilla van den Boom 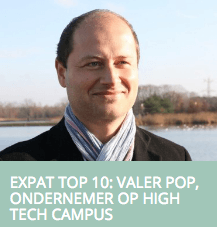 “The Dutch always have a plan, except for when it’s lunchtime” Nacho Carbonell

“I’ve seen a lot of cities, and perhaps the one thing missing in Eindhoven lies in its architecture. I love the industrial feel some areas have, but I think the way they are used is too commercial. Everything is exploited as a company, which leaves little room for art, culture and experiments. That’s a choice the city makes of course, but I think there could be more of a balance in it.” Doreen Westphal 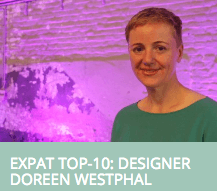 “Eindhoven’s infrastructure really caters to business. It has everything an entrepreneur needs. There’s research centres, large and small companies, tech-startups, designers, incubators and mentor-programmes. It attracts talent towards the region.” Valer Pop

“The Eindhoven ecosystem is directed towards doing things together and combining forces to become even better. That’s really important, certainly in this time and age.” Camilla van den Boom 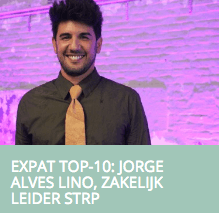 “The only thing the city lacks is a touch of history. This is to be seen in the architecture. It has a real industrial feel to it, cities like Den Bosch and Maastricht have more charm to me. It’s a small thing and there’s really nothing anyone can do about, I know that. The fact that this is the only remark on the city I can think of is an indication on how complete the city actually is.” Mark Johnson

“What bothers me is that Eindhoven wants to be a city with international allure, but it even lacks a direct international train connection.” Zuzanna Skalska 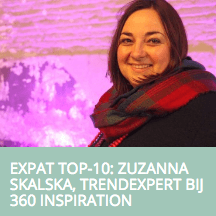 “By bringing people of different interests together, new insights arise, and in this way we want to connect design with the inhabitants of the city. It’s a real bottom-up process, it’s driven from the community. The city hall should be more aware of that, they should have a more facilitating role instead of a leading role in these matters.” Jorge Alves Lino

“Not only the government and the companies are responsible for the city, but the inhabitants as well. If you look at Strijp-S, there’s a real entrepreneurial atmosphere, a lot of events and modern art. I can’t put it exactly in words, but there is something happening over there. I like that.” Jing Li 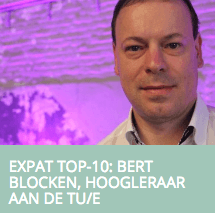 “Dutch people are really welcoming. Of course I’ve not been everywhere in the world, but I’ve seen a lot. But the welcoming mentality of the Dutch I’ve never encountered in another culture.” Bert Blocken

“If you’re a designer: Go to Strijp. If you’re a technician, go to High Tech Campus or TU/e, if you’re young and you want to party: Go to Stratum. There’s too much structured placing in the city, which conflicts the sort of rebel nature of art and design.” Nacho Carbonell 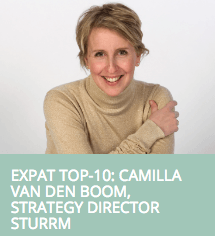 “Eindhoven is known as the city of technology, but where is this reflected in the city? It isn’t visible. You could, for instance, construct smart bus lanes or other things that show the city’s support of technological advancement. I miss that visibility, but still the brand Eindhoven is very strong.” Zuzanna Skalska

“The city has changed too. Strijp is a beautiful place, but it should loosen up a little, open the door to spontaneity.” Jochen Jess

“I don’t think Eindhoven should be compared to Amsterdam. People do this all the time, but they’re different cities. There’s everything you need right here. Okay, maybe we had more restaurants to choose from when we were living in Amsterdam. But if there were five good places there, there’s two or three here, so that’s still plenty.” Doreen Westphal 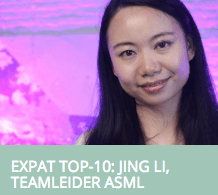 “Eindhoven is to business, what Ajax once was to football” Valer Pop

“More than anything, the Eindhovenaren are people with an open mind, which are easy to talk to. When I arrived here as a German in 1971, not even three decades after the war. I would have fully understood if anybody would have any reserve against me, but believe me, I was welcomed with an open mind and an open heart.” Jochen Jess 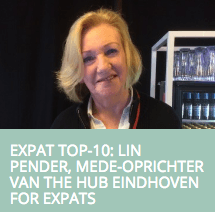 “Rob van Gijzel does greatly, he has returned the city to the people. He should give master classes to all the other mayors.” Zuzanna Skalska

“It’s the people that make this place.” Lin Pender

“Eindhoven is a really nice and compact city. Everything here is on walking or cycling distance.” Bert Blocken 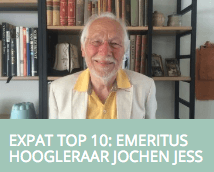 “It’s amazing how much has changed in the past ten years. To me it’s a 360-degrees turn to what it was.” Nacho Carbonell

“Eindhoven could be more bold. The arts should mostly benefit from this. The city could use someone like Wim Pijbes.” Jochen Jess 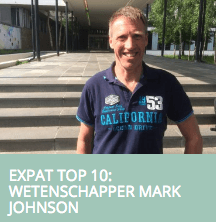 “Everybody here’s ambitious, I’ve always noticed that. But there’s a slight difference with let’s say the American culture. Over there, there’s more of a ‘happy customer’-approach to the way they do business.” Valer Pop