It has often been claimed that violent computer games can lead to aggressive behaviour. Social psychologists are now trying to measure the aggression of first-person shooter gamers and the transfer of aggression to people around them. This is done with a ‘cold water test’.

Aggression is easily passed on to others. This is well documented in psychology, says Martin Arnaud Delhove, project team member at the Institute for Psychology of the University of Innsbruck. The team in which he works is testing this theory by means of the example of First-Person Shooter computer games. The goal of the project is to make the transfer of aggression to others measurable.

The term First-Person Shooter indicates a type of computer game in which the player operates in a three-dimensional game world from an ego perspective and fights other players or computer-controlled opponents with firearms.

The research has been divided into two phases and is based on the participation of volunteers from the region of Innsbruck. In the first part, two hundred subjects play a First-Person Shooter computer game which is followed by a written test on aggressive behaviour. These data are used in the second part of the study, which deals with the transmission of aggressive behaviour. Again, a First-Person Shooter game was to be played, in three levels of violence. It turned out that the level of aggression of the subjects already increased after having played for thirty minutes. To determine that, the so-called cold water test was used.

In the cold water test, the subjects are asked to indicate how long another subject has to hold his hand in a container with cold water. This happens after having experienced the effect himself by holding his hand in that same cold water for ten seconds. The water is seven degrees Celsius, that’s really unpleasantly cold. It even hurts for some people, Delhove explains.

The degree of aggressive behaviour is determined by the question of how long the first subjects want the others to hold their hand in the cold water. This is about passing pain they have experienced themselves onto others, says Delhove. Increasing the dose is therefore pure malice.

If the hypothesis stating that First-Person Shooter players have a higher level of aggression than the neutral control group is confirmed, they would leave the others in the water for longer. The tests are still ongoing and Delhove can’t provide final results of the study yet. But according to him, it’s already clear that aggressive behaviour is measurably increased by First-Person Shooter computer games.

Team play has a soothing effect

Delhove doesn’t really perceive the results as dramatic. From other studies, we know that First Person Shooters don’t necessarily become violent. Moreover, team play has showed to have a soothing effect on the players. Mediation analyses showed that cooperative team play promotes a sense of belonging and activates values of trust.

How to ameliorate the negative effects of violent video games on cooperation: Play it cooperatively in a team

The Effects of Prosocial Video Games on Prosocial Behaviors.

Start-up of the Day: Neuron Soundware uses AI and IoT to hear if a machine is damaged 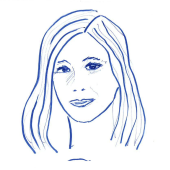