Where does the electricity that lights your living room every night actually come from? That varies greatly depending on where you come from. We started this series with a general introduction, followed by last week’s heat competition. This third edition on European sustainability data focuses on electricity.

Every government in Europe has its own strategy for ensuring that there is a sufficient supply of electricity. Some are much further along in their transition away from fossil fuels than other countries. Some seem to be in no hurry whatsoever to commit to the energy transition. Let’s start at the beginning: what is the current state of play?

Hydropower plants have for decades been the most efficient method of generating green electricity. This also immediately explains why mountainous countries – such as Austria, Sweden and Albania – score relatively well in this area. In Norway, so much hydropower is generated that they can light up the entire country and even have capacity left over for export.

Yet wind can also do its part, especially when the ocean is just a stone’s throw away. This is where the lion’s share of renewable electricity comes from in countries like Portugal, Denmark and the British Isles. The Netherlands still stands to gain a lot of ground in this area, in view of its favorable location and extensive territorial waters in the North Sea.

Nevertheless, the transition to a more sustainable future is also in full swing here. Eurostat has been closely monitoring this data since 2004. Where are the most wind turbines and hydropower plants springing up? This animation shows some clear winners.

Not everyone has the luxury of strong sea breezes or cascading waterfalls. This is clearly evident in relatively flat Central Europe. And given the fact that there is hardly any oil or natural gas in the ground here either, they are basically still condemned to importing gas from across the border and one kind of fossil fuel that is abundant: coal.

Although the industrial revolution could never have taken place without this fuel, nowadays it is mainly considered a disproportionately heavy polluter that has already been phased out in countless countries. However, they are nowhere near that stage in Poland. Over there, as much as 70 percent of electricity was generated in coal-fired power plants in 2021.

Get rid of gas?

Of all fossil fuels, natural gas is considered the least harmful to the climate. Yet there are some drawbacks to this as well. Russia has by far the largest natural gas reserves on earth, which many countries in Europe also depend on. The war has shown that this situation is anything but ideal.

Consequently, many governments are looking for options to divest themselves of Russian gas. But the list of potential suppliers is a short one. In any event, this source of natural gas will not hail from the Netherlands. Over here, the supply of Dutch natural gas is constantly being cut back because of the earthquakes in Groningen, despite soaring prices.

How significant the role of natural gas was in the national power supply can be discerned on this chart. The controls let you compare the situation in 2021 with that of 10 years ago. Note that this does not factor in any heating.

Some countries consider nuclear power to be a climate-neutral third option or an interesting interim solution to a completely green future. France overwhelmingly falls within the first category. It has been using nuclear power plants for decades, which account for the bulk of the national electricity output.

In contrast to Germany, the French are anything but keen – so far – on bidding farewell to cooling towers and nuclear fuel any time soon. Earlier this year, President Macron announced his intention to build from scratch at least six more new state-of-the-art nuclear power plants in the coming decades.

If it were up to the French, this new generation ought to win hearts abroad as well. Yet not everyone is as enthusiastic. Notably, Germany sees a very different path forward to a greener future. Visual Politik made an explanatory video about this schism at the negotiating tables in Brussels. 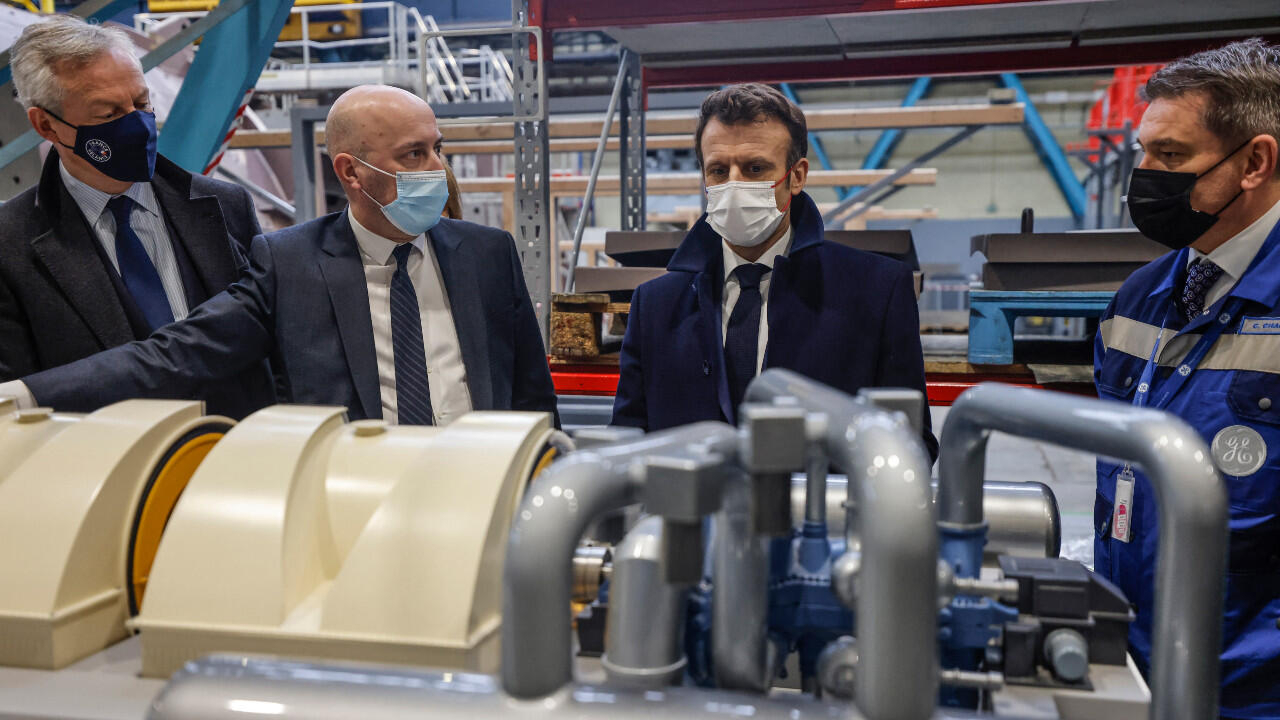 The taboo surrounding nuclear power seems to have subsided considerably for many European governments a mere ten years after the Fukushima disaster. A new plant was completed in Finland earlier this year, while countries in Central Europe are embracing the nuclear option as an alternative to Russian gas. France, by the way, is not the only one. Belgium, Slovakia and Ukraine also have relatively large numbers of cooling towers.

The final chart of this edition shows where taking the radioactive route is most popular. The circles show where all the power plants are located and what their energy output is. The biggest one of all on the continent can be found in southern Ukraine, located a few dozen kilometers from the front line.

The Norwegians are back again…

For the filthiest source of power, we have to be in Poland, where most of its electricity is still generated by coal-fired power plants. Phasing these out doesn’t seem to be exactly on the agenda given the conservative government and the recent developments in Russia.

As is the case with the heat competition, the Norwegians seem to be generating the most green electricity. They can light up the whole country with it and even have some capacity to spare which is destined for export.

Who the number two and three depends on whether you consider nuclear power a sustainable alternative to fossil fuels. If yes: France and Sweden, and for those who consider nuclear waste is an absolute no go, then these places go to Austria and Sweden.

It appears that despite the modest catching up the Netherlands has achieved, its till has quite a long way to go. The debate is still ongoing: All bets on a gigantic wind park in the Doggersbank? Or natural gas from Groningen after all – or is the radioactive option that the French cherish the greenest route?

Are you still unsure about the pros and cons of nuclear power? That’s understandable. Given the high stakes and many biased views, it is also difficult to form an objective opinion about this. YouTube channel kurzgesagt attempts to explain the subject in this three-part series in as nuanced and concise a way as possible.

Sustainable and innovative WarmteStad heat network is…
What if we don't want hydrogen?
Greenhouse horticulture without gas? In search of even more…
RAG Austria could ensure sustainable natural gas supply…
Heat pump revolution is needed in Europe
Holland High Tech is cashing in on opportunities for the…