The North Sea could become the ideal location for a series of artificial islands to collect the energy generated by wind turbines around it. On Tuesday, the international North Sea Wind Power Hub consortium (NSWPH) presented the research results into the possibilities and conditions for building one or more “wind energy hubs” in the North Sea. According to NSWPH, the proposed Hub-and-Spoke concept is technically and economically feasible. “A wind energy hub of 10 to 15 gigawatts can be the first step in the development of one or more hubs that are interconnected with each other and with neighbouring countries.” The consortium is now asking the Dutch, Danish and German governments and the European Commission to jointly shape this development in consultation with other stakeholders.

The consortium wants to facilitate the large-scale roll-out and integration of wind energy in the North Sea, far away from the coast. The vision is based on an internationally coordinated roll-out of “Hub-and-Spoke” projects, whereby wind farms are connected to centrally located hubs at sea. North Sea countries and hubs are connected by cables or pipelines. In this way, energy markets and sectors are interconnected and wind energy is integrated into the onshore energy network. This approach has major economic advantages and limited climate and environmental effects, according to the consortium. “Solutions are offered to meet the climate targets set out in the Paris Accord in a timely manner. These solutions are also in line with existing climate agreements in the Netherlands and Denmark. In addition, they contribute to Germany’s objective of phasing out nuclear energy and the use of coal”.

The initial concept of one large wind energy hub in the middle of the North Sea has been further developed into a step-by-step roll-out of several smaller hubs. Each of these hubs focuses on local conditions and has less impact on the environment. According to the inventors, the technically optimal size of a hub is 10 to 15 gigawatts of capacity. A first Hub-and-Spoke project will most likely be electrically connected to the coast, with storage capacity (partly by producing hydrogen) to cope with possible peaks and troughs in the energy supply. 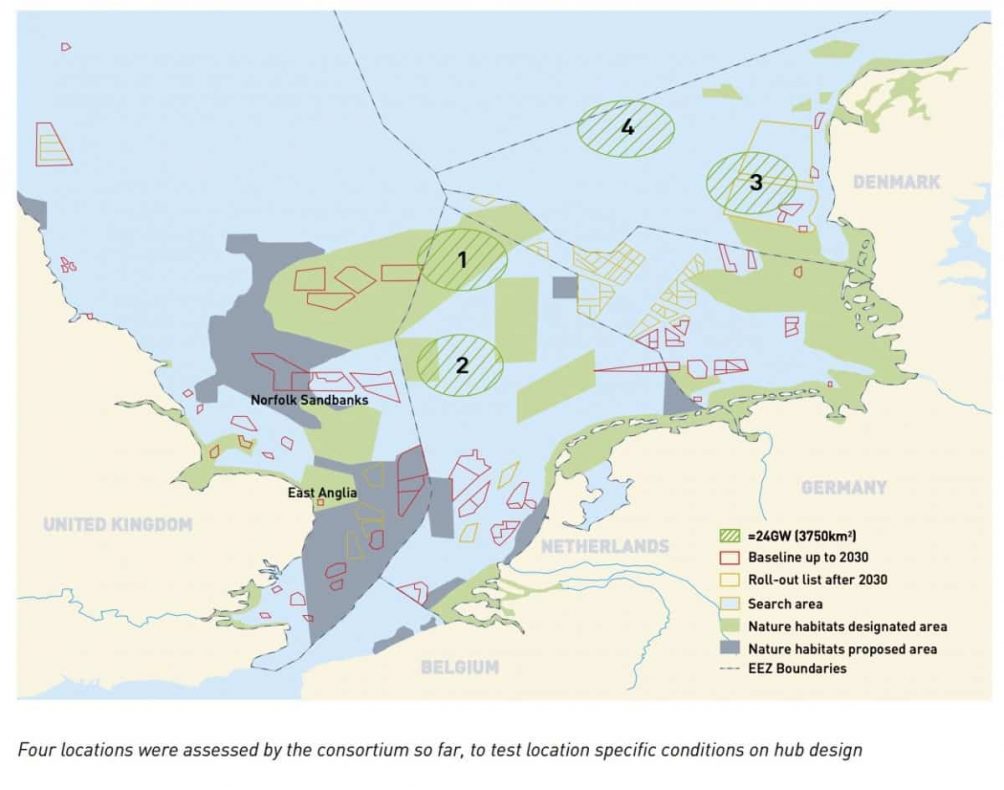 Within five years, Tarucca wants to monitor all wind…
Hydrogen is rather the final element than a starting point…
Researchers agree: the world can reach a 100% renewable…
UMC Utrecht implants first full artificial heart in patient
'Nice plans, but 11 gigawatts of more wind power by 2030 is…
Intercultural Dialogues between Dutch and Chinese…
Manage Cookie Consent
We use cookies to optimize our website and our service. Help us to make our site better by accepting all cookies.
Manage options Manage services Manage vendors Read more about these purposes
View preferences
{title} {title} {title}