Fossil natural gas currently still accounts for about a quarter of our energy needs (source: Greenpeace). But since fossil natural gas causes greenhouse gases, its phase-out is inevitable. The global gas market also creates political dependence. The war in Ukraine and the Russian president’s use of the gas trade as blackmail are just two examples of the latter. While political decisions on the transition to renewable energies in Austria are still dragging on, the Linz-based technology company Krajete wants to offer private households a partial solution soon. It is developing a process for fermenting green waste that can slash families’ gas bills. “I believe that end consumers will see an option in using the organic waste garbage can to supply gas instead of paying for its disposal,” says founder and CEO Dr. Alexander Krajete. 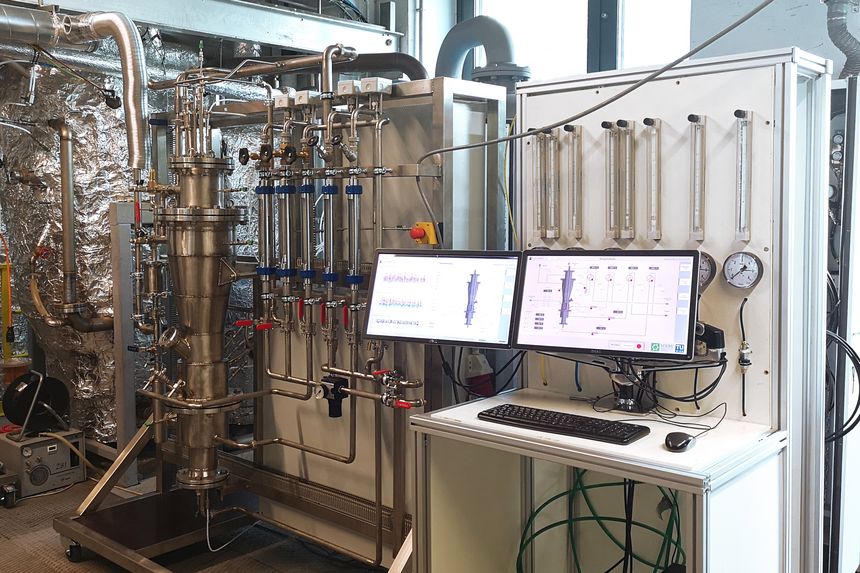 Krajete GmbH has its roots in the automotive industry and has developed important technologies and processes in many years of cooperation with major European car manufacturers. Today, it holds a patent for the microbial formation of methane – called methanogonesis and a process for gas purification – called advanced adsorption technology. In addition, the company is a world leader in combining these two processes. Using this expertise to also develop a process for fermenting green waste is not without opportunism, he says. His company has been trying to establish methanogenesis for years, he says. “But they always said it was too expensive. Now the geopolitical environment has changed. Energy prices have shot up and it’s becoming respectable to be self-sufficient in energy. Methane is now on par with natural gas.”

The first reactor Krajete developed is fine for science, he said, but it hasn’t made it out of the lab. Says Krajete, “We chased an illusion for 10 years until we gave the reactor a drastic facelift and developed a system that works with much cheaper components and can be operated by anyone.” For private gas generation to gain acceptance in the market, however, regulatory adjustments are still needed. Namely, when hydrogen comes into play.

In agriculture, the biological production of gas from green waste is already well established. There, biogas is produced in large fermenters and used in special combined heat and power plants to generate electricity and heat. Unlike natural gas, biogas contains impurities and has a high CO2 content. For this reason, it cannot be used in the same way as natural gas, nor can it be transported and stored in the infrastructure available for natural gas.

This is where the expertise of Krajete GmbH comes in. The company is able to remove nitrogen oxides and other impurities – such as the CO2 in biogas mentioned above – using adsorption technology developed in-house. This is extremely versatile and can also be used to purify gas from fermentation. This is because biogas is not pure and only contains a maximum of 60 percent methane (natural gas). The rest is made up of CO2 and traces of ammonia and hydrogen sulfide. Only by removing foreign gases does biogas achieve the purity and quality needed for use as natural gas.

Central to the concept for the in-house fermenter is biobooster technology. This involves the addition of special microorganisms that produce methane. Krajete has rare expertise in working with microbes from the archaea family, one of the oldest cellular life forms. Archaea are microbes that can produce pure methane from carbon dioxide (CO2) and H2. As such, these microbes differ from bacteria used in conventional fermentation systems that do not have this capability. The best results are achieved with the addition of sustainably produced hydrogen (H2), as this stimulates specific fermentation processes. “With the combination of biobooster, H2 and advanced adsorption, you achieve direct replacement of imported gas,” Krajete explains.

Bacteria in conventional fermentation plants produce so-called biogas, half of which consists of methane and the other half of CO2. The latter is undesirable and is usually removed in complex purification processes and then released into the ambient air. This waste is also expensive and harmful to the climate, says Dr. Krajete. When his archaea convert the CO2 to methane, they simultaneously increase the gas yield by almost double. What’s more, archaea act efficiently and in a climate-friendly way.

Fermenting in your own garden

In this concept for an in-house fermenter, Dr. Krajete sees a complex new process for substituting imported gas, a process in which the methane from partial fermentation becomes natural gas in a second step. Designed for an average family household, the digester can produce about 1,000 kilowatt hours (kWh) of gas per year with an input of 1,000 kg of green waste. An average Austrian household with six or more people consumes about 14,310 kWh of gas annually, according to a 2016 publication by Statistik Austria and E-Control.

Krajete puts the price of the home digester at around €5,000 to €10,000 . This amount could still be reduced if the necessary components – a home electrolyzer for the hydrogen, adsorber for biogas processing and bio booster – were brought to Bauhaus level, e.g., further simplified and standardized.

The method is affordable and simple, he said, but users still need to be trained. “Until now, electricity supply was regulated at the state level. As a result, no one had to take care of it, and in the past they weren’t taught how to produce electricity. But when someone turns off the energy tap, it hits a nerve and people start to rethink.”

The home digester is a vat-like bag that contains water and can be filled daily with green waste. It measures approximately 2 meters wide, 1 meter high and 1 meter deep and is ideally placed in the sun. Archaea are added in the form of a biobooster, resembling swirled sand particles. The fermented biomass converts to gas and liquid. The liquid can be used as fertilizer.

The adsorber for gas purification is a cylinder on rollers that is connected to the fermenter weekly to empty the (gas) bubble. Only one tap has to be opened in the process. The hydrogen comes into play through the electrolyzer. This is a box filled with water in which the water is split into its atomic components H2 and O2 by constant backpressure. The hydrogen (H2) is siphoned off into a bottle and stored. Krajete says: “The electrolyzer we use produces about 500 liters of hydrogen per hour. That is more than 1.5 kWh of thermal content for which just over 2 kWh of electricity is used. The 2 kW of electricity goes into 1.5 kWh of chemical energy – this is the key!”

Photo:
Making your own gas by fermenting green waste: Water and biomass are at the bottom of the vat-like bag. The biogas collects at the top. The raw material is added through the hopper on the left. On the right is an outlet for the biogas and an overflow tap for the liquid to be used as biofertilizer. This means that if the vat is filled too much, the liquid biofertilizer will overflow.

For owners of a photovoltaic system, the biobooster process offers an additional advantage. They often find themselves in the situation of having to feed the excess electricity produced into the power grid for little money – especially in the summer. With the biobooster process, they can store it in the form of high-quality hydrogen. The excess electricity allows water to be split into its two elements – H2 and oxygen – and then later used to promote the fermentation of gas production by archaea. This greatly increases the methane yield and converts the excess electricity into a supplier of valuable energy. 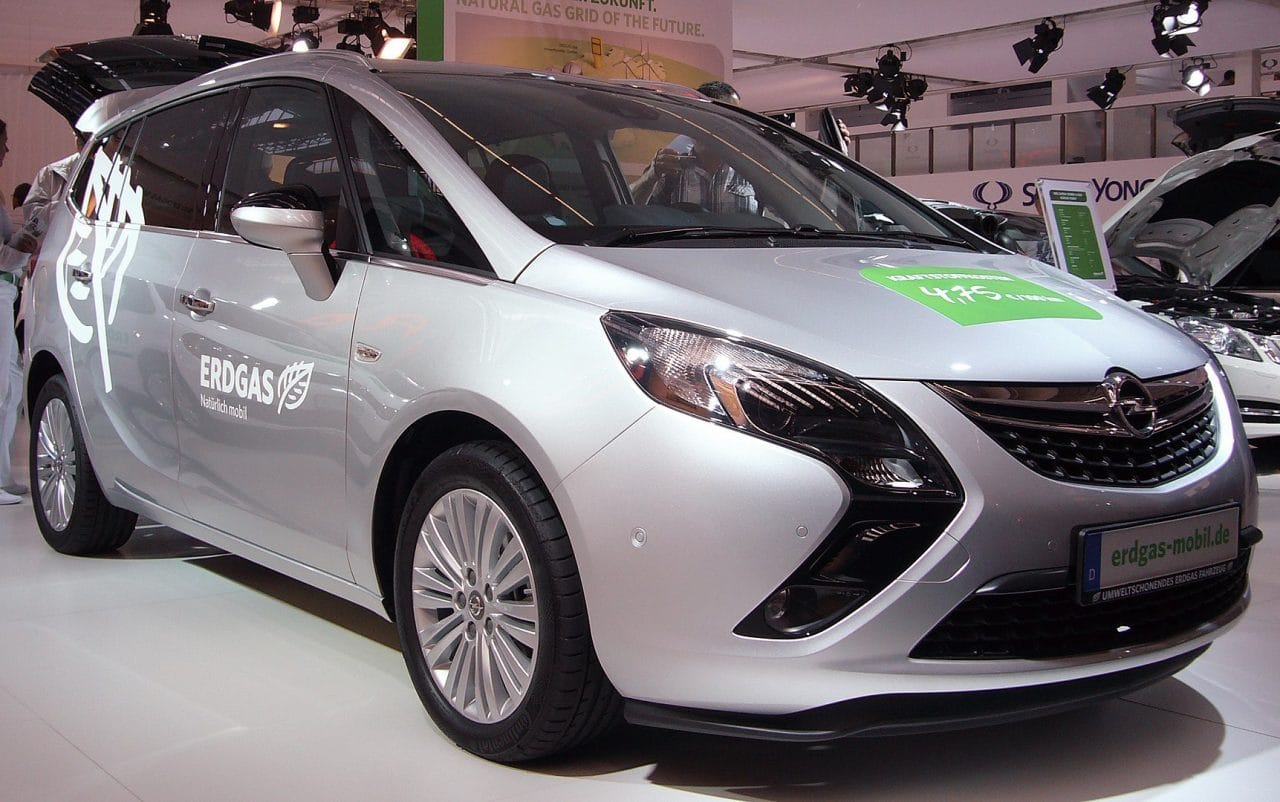