They want to make Eindhoven ‘a great place to work’, Roel Voorwald and Laurens van Oosterwijk from Corporate Vitality. And that goes beyond challenging and attractive work. They want to start a kind of Vitality-Hub for all permanent and temporary residents of Eindhoven, a place where everyone can go not only to play sports but also to learn, meet each other and be able to do something for others. The first step towards their dream is an office on High Tech Campus, in the Philips sports forest.

“It’s the start of our ‘LX’ building, like the SX building at Strijp-S”, says Van Oosterwijk. “A lifestyle experience center where innovations are also invented and tested. We start in small, so we get to know the questions of the people who work here on the Campus. For me, the Campus is still an exclusive business area. In the future, I see a place where people want to work as well as want to be after their work.”

“If we were to be hospital administrators, it would look very different. Then we transform the maximum to a preventative centre ‘preventive centre’.”Laurens van Oosterwijk, Operational manager Corporate Vitality

Corporate Vitality is there to keep employees fit, says Voorwald. Five years ago, he started testing and monitoring these tests for companies such as ASML and DAF. On average, he carries out about four thousand tests every year. “This test is a baseline measurement and then, after that, we make programmes for employees to stay fit and energetic.” The six of them work together with some 35 self-employed people, such as dieticians, personal trainers, sleep coaches who then go to the companies for training courses and programmes.

Voorwald worked in ICT earlier and chose the Maxima Medisch Centrum after 15 years because he wanted to do more socially involved work, he tells. He was the director of a paramedical centre with about 150 paramedics and later he added a sports medical centre. There he saw how hospitals mainly focus on production and not on the preventive part, ‘the more patients the better’. Van Oosterwijk and Voorwald met each other in the MMC. Van Oosterwijk, too, sees a completely different hospital in front of us: “If we were to be hospital administrators, it would look very different. Then we would transform it to the maximum extent into a prevention centre.”

Six years ago, Voorwald chose to start for himself, Van Oosterwijk joined a year later. Voorwald perfected their programmes and questionnaires during their tests with the so-called five ways of wellbeing. “An international study in which they have studied who dies happily and who dies acidified”, explains Voorwald. “The researchers found out that you actually have to keep five things in balance and that’s the philosophy behind our activities. It is about: staying active, staying connected with others, continuing to learn, being aware of the environment and doing something good for others.” 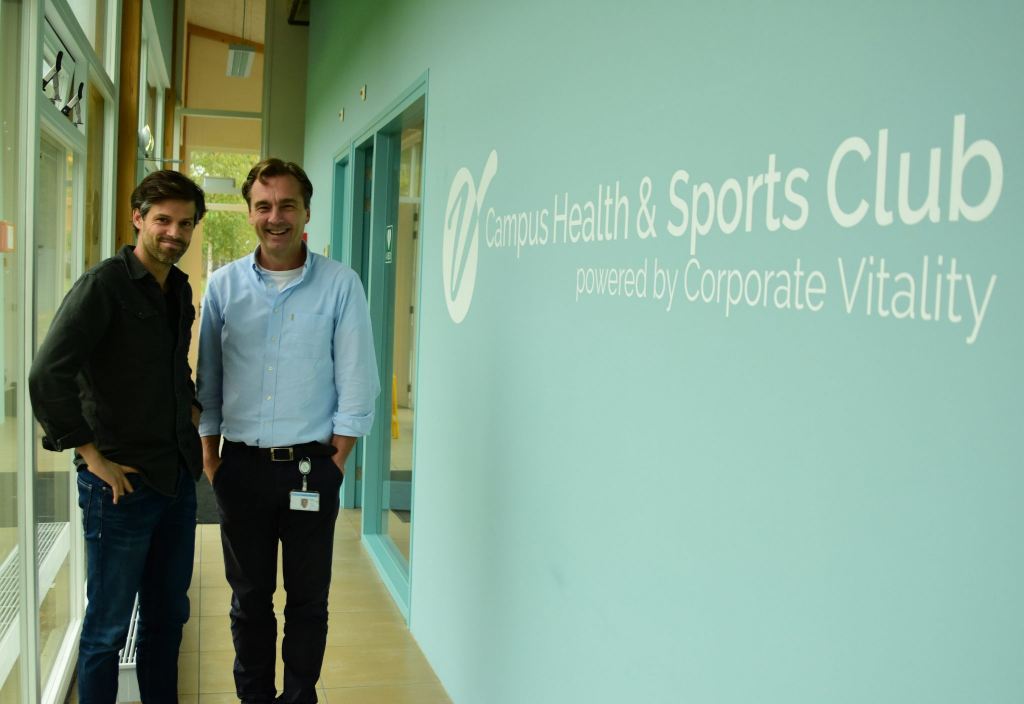 They want to make those ‘five ways of wellbeing’ physical. Voorwald: “My dream is to build a vitality centre. This centre would also have a social function, not only for people with work where the employer pays everything, but also for job-seekers and the elderly, for example. We were talking about it with the municipality, but finally this didn’t work out. After two and a half years of talking, there was a new mayor and we actually started again from zero. Unfortunately, I had put that idea of a social function away for this moment. And then the High Tech Campus came up with the idea of starting here.”

“In fact, this is the perfect place to start”, says Van Oosterwijk,”Our idea is entirely in line with the Philips idea, which also created off-the-job facilities for its employees.” Like the Philips sports forest: employees and their families can play tennis, basketball, and football in it, and a small ‘clubhouse’ is available. Nowadays, people are not making much use of it anymore, except for the fact that it is used as a place to run during lunch hours, Van Oosterwijk says. 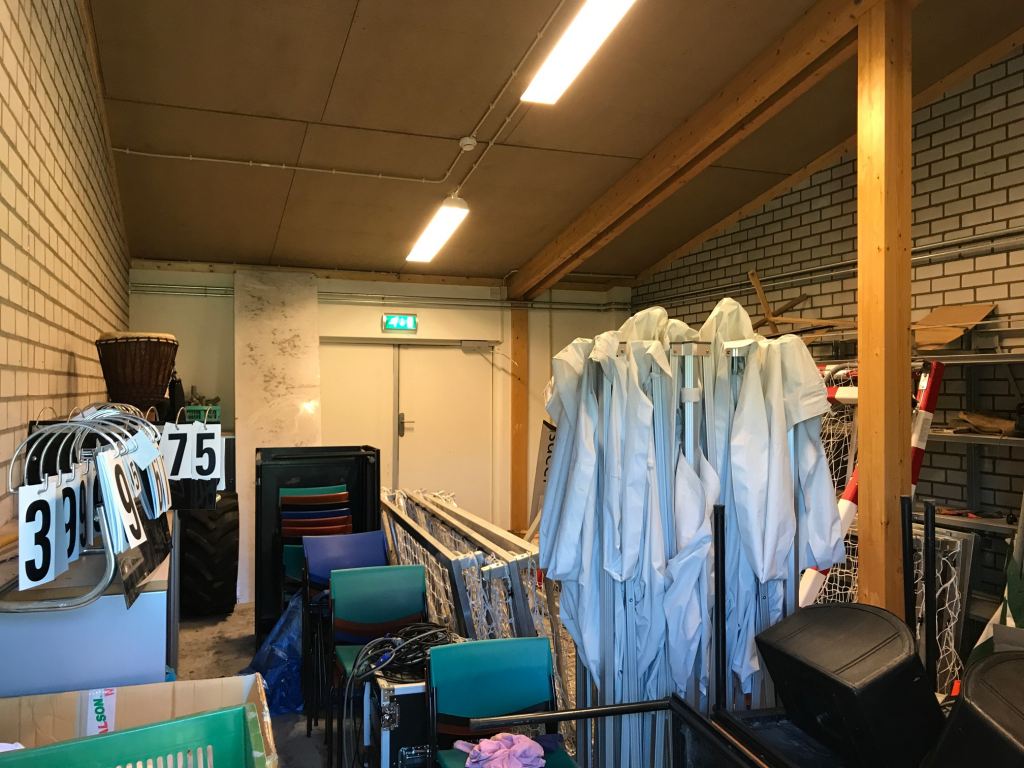 The clubhouse, which has been used as a storage room in recent years, has been transformed by Voorwald and Van Oosterwijk into their offices, with a separate treatment room, fitness room and changing rooms. They bring people together there, right in this building and through their website. You can make an appointment online with a personal trainer, dietician, doctor or physiotherapist and from November 6th on there will be boot camps and yoga classes. “Here, movement and being active play a particularly important role.” For the sake of continuing to learn and connect, they hope to start using the farmhouse on the High Tech Campus soon; there is a bar, and courses and meetings can be organized there.

They are also going to have events that many people will enjoy. Voorwald: “A lot of things are already happening here, such as a mountain biking ride where 30-50 mountain bikers participate and a banana is distributed. We want to take a somewhat bigger approach and raise awareness. That’s why we recently hired an event manager.” The High Tech Crit Festival on 16 and 17 June 2018 is one of the first events to take place. “We want everyone who works on HTC to know us and enjoy our presence in his or her own way.” 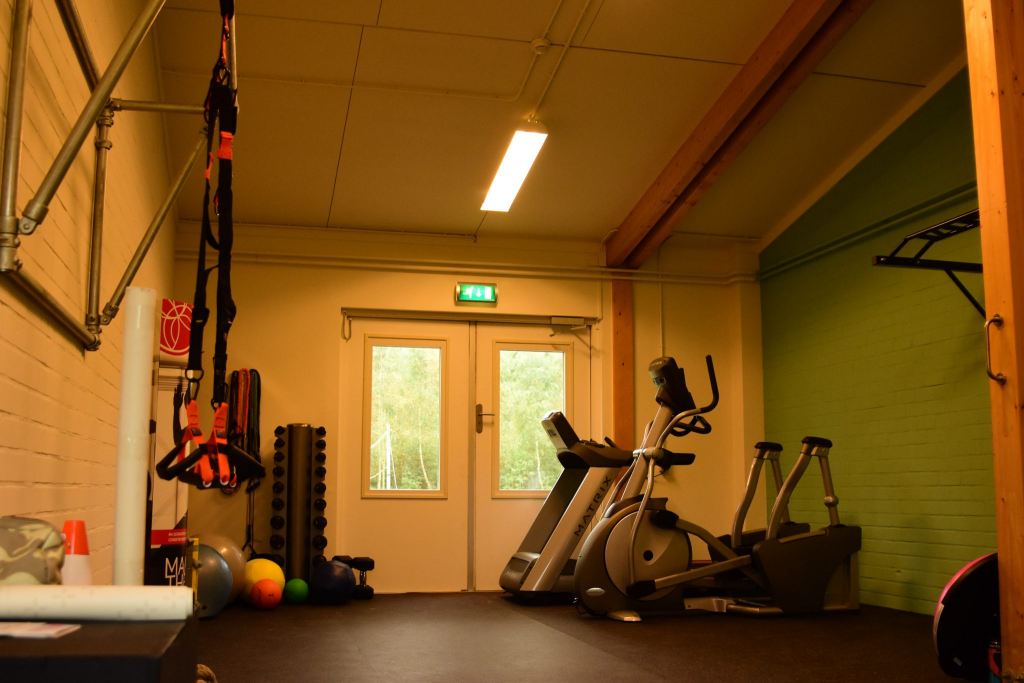