The robots are coming. That was the heading of the September issue of the Dutch edition of the National Geographic. This was immediately followed in that edition by: “Our work is more and more often being taken over by machines. How is the robot revolution changing our way of life?“

The greenhouse horticulture sector is also talking about robots taking over the work in greenhouses. This isn’t happening fast enough for a lot of growers. There is a shortage of personnel to pick tomatoes and twisting or clipping cucumbers involves a lot of work.

Crops for robots instead of robots for crops

Still, I don’t think that replacing this kind of work is going to become the revenue model for the robots that we are currently developing for greenhouse horticulture. First of all, I don’t feel that the need is great enough. In the thirty years that I have been active in horticulture, I can’t remember a single moment when the fact that there was nobody to do the work was never an issue.

Despite this, the staff always turned up in the end. First from Poland, and now increasingly from Eastern Europe. In the quest for cheaper labor, the work from cuttings and plant tissue culture invariably went to a new low-wage country. Moreover, there are hardly any growers who are investing in harvesting robots at the moment. If the need really was that great, I would expect that there would be more interest in actively investing in this. There may be something else going on there. More about this in a subsequent article.

Secondly, the jobs that we are going to replace with robots in about ten years’ time will probably no longer be relevant. The picker robots we are developing at present will have to work in an environment that was originally designed for a human being and for the existing technology and plant varieties. Modifying cultivation systems and breeding new varieties, however, is something that cannot simply be done within a few years. Therefore, we will still have to come up with ‘temporary’ solutions over the coming years. In the meantime, growers will be working on varieties that will be easier to harvest by robots. Plus, new cultivation systems will also be devised. A case of ‘Crops for robots’ instead of ‘Robots for crops.’

Data as a by-product

But if the revenue model does not involve replacing the existing, simple, and repetitive work, what does it involve?

It is important to look at things that the (harvesting) robot can do much better than humans. Namely, collecting a vast amount of data! All this data is a ‘by-product’ of, for instance, picking cucumbers with a robot. The picking robot carries out the following tasks for each cucumber:

If we look at what is needed for all of that, we can break it down in simple terms into the following process:

A camera is required for step one. The images which have been taken are stored and in step two it is determined if any cucumbers are visible in the images. The leaves, plant, and cucumbers are all green, therefore a distinction has to be made between them. This can be done by looking at reflected light, for one thing. If a cucumber has been found, it still has to be established if it is ripe. This is done by determining the weight/length of the fruit.

Even this simplified description makes it clear that a lot of data will be collected when cucumbers are picked. This data is highly valuable and not only indispensable when it comes to picking cucumbers!

BIG Data for more economical use of water and energy

Imagine what you can do if you ‘glue’ the data of the same plant over several days together. You can then follow the development of the plant closely as it flowers and as the fruit ripens. Together with the data from the climate computer, it can be precisely determined what the influence is on the growth rate of the crop. As well as how long it takes before a cucumber can be harvested. This data can also be obtained manually. Often a grower will measure and report a number of plants in the greenhouse on a weekly basis in order to keep track of their growth rate.

However, these are only a few plants and one measurement per week. What if you are able to measure each individual plant every day? This produces an even better picture of how the crop is growing! We are really talking about BIG data here. With these kinds of results, you can control things more accurately. This will result in even more economical use of energy and water, amongst other things.

Much can still be gained from the data if the rest of the process is also digitalized. There are already sorting robots that can identify damage very precisely with the help of AI. A cucumber is not only rejected, but a robot can also specify whether this was due to e.g. mechanical damage or caterpillars. To the untrained sorter, both look the same. Especially if the cucumbers move quickly across the sorter. If the grading robot can already pinpoint where damage is currently occurring in the greenhouse, then adding data from the growing process only offers even more opportunities!

By combining the data during sorting with the data obtained during the growing process, better and better predictions can be made about the quality and shelf life of cucumbers. Even more important is that during the growing process, it is possible to control the shelf life of cucumbers even more effectively, thereby ensuring that there are fewer products being wasted further down the chain.

From robots to cobots

From the above, it seems that robots in horticulture are about much more than merely replacing a workforce that we currently do not have enough people for. Yes, robots will eventually take over part of this boring, repetitive work from humans. But the true value will rest with offering opportunities for new business models. For instance, data collected by robots that are already used in greenhouses for harvesting will have an important role to play in this!

The answer to the question “How is the robot revolution changing our way of life?” for horticulture will be that it offers opportunities that we cannot even imagine right now. What is clear, in the horticulture of the future people and robots (cobots) will work together more than ever!

Would you like to know more about the use of robots in horticulture? Read: ‘And it can even pick tomatoes….’ and take a look at Robocrops. 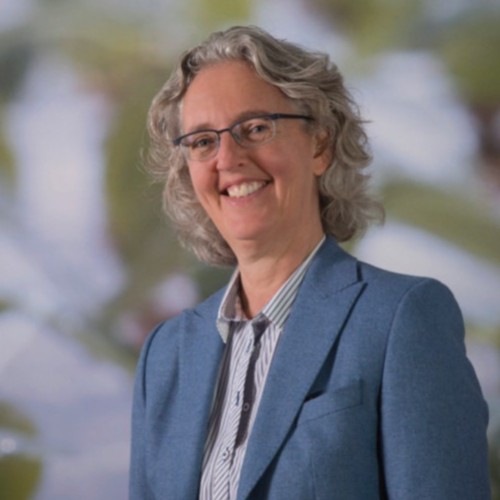 Colinda de Beer is Senior Business Developer Horticulture at InnovationQuarter, the regional economic development agency for the South Holland province in the Netherlands.