Cars are still all over the place. And we spend way too much time in traffic jams. For years we have been hearing that self-driving cars and buses are coming. But before that happens, those futuristic vehicles need to be tested in every possible way. In many cases this is done at Transpolis, Europe’s largest testing ground for future mobility solutions.

Transpolis is located in a sparsely populated area at the foot of the French Alps. The hangars have remained standing on the former military site which was used to store ammunition. Yet the soldiers have long since disappeared. Security measures are still very strict. This is where the world’s largest car manufacturers and transport companies try out their vehicles of tomorrow. It is rather susceptible to competition, which is why prying eyes are kept out.

No tests have been planned on the day of our visit. Stéphane Barbier, Chief Business Development of Transpolis, shows us around in a van without a driver that was specially delivered for this occasion. “Transpolis is an initiative of transport and logistics companies such as Renault Trucks and Colas, a road construction company. The surrounding regions and Université Gustave Eiffel (IFSTTAR, the French institute of science and technology for transport, development and networks) jointly invested some €10 million in the project,” says Barbier in the self-driving minibus.

The facilities wouldn’t be out of place in a Hollywood studio. Transpolis looks just like a real city. There are shops, intersections, flashing traffic lights, albeit there are no traffic jams. And most of all: nobody is walking around on the immense terrain. Unless you count the robotized cyclists and pedestrians. Everything in this ghost town can be adapted and rebuilt. Barbier: “For municipalities that are preparing for Smart City applications, we are able to recreate the exact layout of a district here. With traffic lights, signs, curbs and other objects. That way we are able to test 1:1 what works and what doesn’t.”

All the while, we’re driving on a country road of which there are thousands in Europe: winding, alongside dense vegetation. This is also a test track in Transpolis. In order to make the tests as realistic as possible, trees and bushes are not trimmed and fallen leaves are left on the road. When the van turns the last corner on its own, we are suddenly in the middle of a 2 kilometer long bypass. A bit further on we take the exit into an avenue which is almost as wide as the Champs-Elysées. It is a laboratory for the city of the future.

Autonomous vehicles are only able to drive if they are constantly online. This requires solid data connections. That is why Transpolis is one of the few places in France with a 5G network. Transport companies make eager use of this. The old hangars provide a realistic simulation of urban buildings so that it can be examined how 5G signals respond in a city. Part of the terrain is still unused, although this may change in the future. “It won’t be long before drones start delivering packages. But they need to be tested as well. And that is possible here. We are ready for that,” Barbier smiles. Anyone who gets into an automated vehicle in the future, and reads a book or watches a movie without paying any attention to the road, has a fair chance that their journey will have started in Transpolis.

Mathematics as a technology unites sectors and creates innovation

Tomorrow is good: Sustainability – who else is all mouth and no trousers? 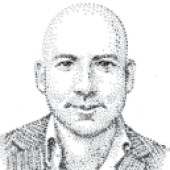