Great news for both E52 and its visitors: we’re starting a weekly column, in two languages, alternately by Maarten Steinbuch, Carlo van de Weijer, Daan Kersten and Lucien Engelen. Next Sunday we start the series, and we will continue as long as the enthusiasm with both writers and readers remains.  All four are – in addition to their ‘normal’ groundbreaking work – linked to the Singularity University Hub Netherlands, which was opened at Strijp-S by Queen Maxima early this summer.

The central denominator of the columnists is “Tomorrow is Good“, in the style of Singularity itself, an organization that focuses on spreading knowledge about technologies that can provide solutions to the problems of our time. The four columnists are “faculty” attached to the Dutch branch of Singularity.

Read more about Singularity in the Netherlands

On 12 and 13 September, the first summit of Singularity in the Netherlands will take place. Of course Steinbuch, Kersten, Van de Weijer and Engelen are on the speakers’ list – together with 17 other “forward thinkers”. They will explain their audience (consisting of about a thousand top managers) what the great developments of the next few years will look like in their respective fields of research. Exactly what they will do for E52.

Lucien Engelen is the first to take the pen. In his first column, next Sunday, he talks about the time the four of them spent this summer at the Singularity headquarters in California. 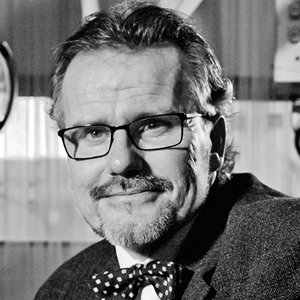 Lucien Engelen has worked since 2007 at the Radboud University Medical Center Nijmegen as Head of the regional emergency healthcare network and advisory to the Executive Board on the (needed) changes of healthcare enhancing the participation of the patients and their informal care in their own disease, working towards raising the level of participation in Health(care), research and education. He is founding Director of the RadboudUMC REshape Center, that acts on the convergence of technology and patient empowerment. Creating breakthrough programs, foresights and products if industry lacks progression itself. Lucien has been faculty at Exponential Medicine since 2011. 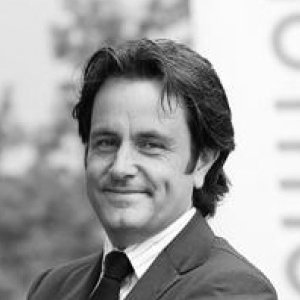 Carlo van de Weijer has a Master degree in Mechanical Engineering from the University of Technology in Eindhoven and a PhD degree from Technical University in Graz. He started his career in 1990 at TNO Automotive, moved to SiemensVDO in 2001 to head the Eindhoven automotive navigation development lab, since 2007 part of TomTom. Currently Dr. van de Weijer is VP for Intelligent Transport Systems within TomTom and part-time director of the Strategic Area Smart Mobility at Eindhoven University of Technology. He is, amongst others, member of the board of ITS Netherlands and AutomotiveNL.

Maarten Steinbuch is professor in Systems- and Control at Eindhoven University of Technology (TU/e). He received the M.Sc. and PhD degrees from Delft University of Technology, in 1984 and 1989 resp. From 1987-1998 he was with Philips Research and from 1998-1999 with Philips CFT. Since 1999 he is full professor of the Control Systems Technology group of the Mechanical Engineering Department of Eindhoven University of Technology. In 2003, 2005, 2008 and 2015 he obtained the ‘Best-Teacher’ award of the Department of Mechanical Engineering, TU/e. In 2008 as well as in 2014 his research group obtained the QANU excellence rating [5555]. His research interests are design and control of motion systems, robotics, automotive powertrains and of fusion plasmas. In 2013 he was appointed Distinguished University Professor at TU/e. In 2015 Maarten received the KIVI Academic Society Award. 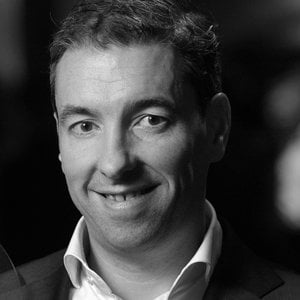 Coming from a family of cigar makers, industrial entrepreneurship has stolen Daan Kersten‘s heart at young age. Master degrees in both mechanical engineering and business administration have created a solid basis for his professional career and multiple ventures. His experience ranges from strategy development & implementation, industrial marketing & sales, global (out)sourcing, open innovation and internationalisation in the automotive and (high tech) manufacturing industry. Kersten is a serial entrepreneur and excels in out-of-the-box thinking, opportunity scouting, business modelling and execution with a signature consisting of pragmatism, enthusiasm, perseverance and cost-consciousness. Kersten is the founder and owner of Additive Industries, specializing in metal 3D printing for airplane and car industries.