Last week I was recorded on video, because within a couple of weeks the new “action program for the Brainport region” will be presented in The Hague. I put myself down in our Robotlab between our robots Amigo, Pepper and Pico. With the robot dino on the table. When I turned him on and he began to move and make sounds, the interviewers went totally crazy: this would be the best video! They asked me what, according to me, the strongest parts of Brainport would be, and what its main challenge is about.

Obviously, the strong collaboration between industry, universities, and government would be the strongest side of the region. This year, TU Eindhoven was ranked the global No. 1 for cooperation with the industry. When I speak to my colleagues from many domestic and foreign universities I notice that the gap is sometimes quite large. Many of them are completely focused on the government for funding. I’m always inspired by the real problems that I see occur. So I ask my PhD students who are working on medical robots to first watch a large number of operations with the surgeon, before they actually start designing. This is to really understand what problem needs to be solved. What I also learned is that if there is no industry, as is the case with the surgical robots that we are designing, you already have to think about the business opportunities that might come in later. Our first medical robot, the ‘Dutch Da Vinci‘, solved the problem of the surgeon we worked with, but is still in my lab, and nobody wants to invest. It was a wrong choice: there already was a market with an active big player in it.

With the eye-surgery robot of Preceyes and microsurgery robot Microsure we have made better choices. With my 1,000+ jobs program, I am actually building an industry of its own for this area, which complements our region with its unique manufacturing industry.

“What is the main point of improvement for the Brainport region? I think we have to be twice as big!”

This brings me to the second subject of the interview between the robots: what is the main point of improvement for the Brainport region? I think we have to be twice as big! In people, resources, impact. Why? Because we make a unique contribution. Quality knowledge, export, a major economic contribution. Our region determines Moore’s Law: doubling of computer chips, every 18 months. This establishes all progress in the world in the coming decades. We enable this progress. All because of our manufacturing industry. That’s what we must exploit. In mobility, energy, and in healthcare. But for that, we must dare to think a lot bigger!

How are we going to achieve Brainport X2? Firstly through organic growth. More students; TU/e has nearly doubled since 2008, and the end does not have to come in sight! More people as well: better facilities and greater investment in cool (and smart) living and working. New industries such as photonics and our 1000+ jobs program for medical robotics. But also by turning startups into scale-ups, such as the companies that come out of our student teams, like Amber Mobility and Lightyear (born out of the solar car Stella). Secondly also by looking outside and embracing several strategic partnerships with other (foreign) regions. We now have the ‘mainport’ status and new ambition should be part of this. Let’s take 10 years to reach Brainport X2: that’s 7.5% growth per year. That should be enough to succeed: Brainport in Action!

Philips renovates R&D premises at its Innovation Center in Best

Tomorrow is Good: Reducing the heat starts with yourself 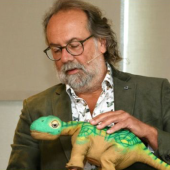 Follow-up: The massive dam that hopefully will never be built

Start-up of the week: Live streams for emergency dispatchers

Producing gasoline and diesel emits more CO2 than we thought