In a weekly column, alternately written by Lucien Engelen, Maarten Steinbuch, Carlo van de Weijer, Daan Kersten and Tessie Hartjes, E52 tries to find out what the future will look like. All five contributors are all working on technologies that can provide solutions to the problems of our time. This Sunday, it’s Tessie Hartjes‘ turn.

Goal number 7 from the United Nation’s Sustainable Development Goals is aimed at ‘providing access to affordable, reliable, sustainable and modern energy for all’. Currently, 1/6th of the world population (1.3 billion people!) suffer from energy poverty because they lack access to electricity. Many of them spend up to 20% of their $2 dollar daily income on lighting from, primarily, kerosene. This usage is not only expensive but the exhaust fumes cause major health issues and safety risks for its user. In addition to that, the related black carbon emissions are thought to be the second biggest contributor to climate change.

Access to energy is often seen as an essential catalyst in process of general poverty eradication. It enables advancements in health, safety, education, and offers improved business opportunities. The majority of the energy poor people, however, live in the rural areas of developing countries. Connecting them to the grid using a centralized top-down approach has proven to be too slow and too expensive. Even when the grid is constructed, many households cannot afford to connect to it.

Climate change refugees
People living in rural areas are often exposed to the so-called double-exposure effect: they are unequally burdened with the negative effects of globalization as well as climate change. Every year 20 million people are forced to migrate because their environment has become uninhabitable (i.e. climate change refugees). This is not just their problem. We need to help them and we need to move faster. And the key to this will lie in decentralized renewable energy solutions.

“The grid had 100 years to get it right. It had its day,” said Kristina Skierka, Power for All’s campaign director.

Changing the business model
In the past, it was common to assume that economic and social benefits from large sustainable energy projects would ‘trickle down’ to the poor and improve their circumstances. Unfortunately, these effects have proven to be insignificant for a big majority and in some cases even turned out negative. That is why we need decentralized solutions and provide them to individual households. For this, recent technologies such as mobile payment are an important facilitator.

Azuri Technologies, for example, has created a viable market for the sale of solar home systems that normally have a relatively high upfront cost of $50,-. In their model, the system is bought for a price between $5 – $10 and then paid for on an as-you-go basis by scratch cards (see image). Customers are saving $2, – a week on kerosene and mobile-phone charging spendings while paying $1,- for the scratch cards. 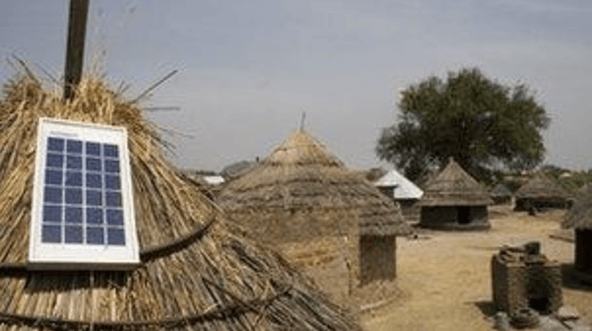 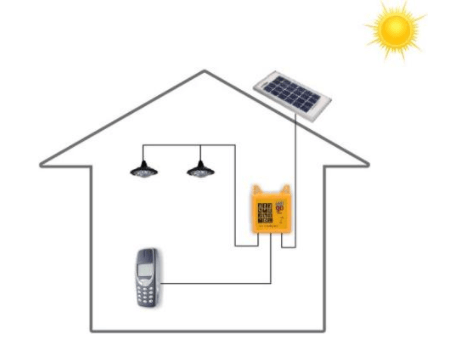 An Azuri Technologies Solar Home System. A code – based on the scratch card – will be received on a mobile phone. This code is then entered into the yellow machine giving access to the battery from the solar panel.

Next step: solar mobility
I think solar mobility offers the next step in poverty alleviation because it addresses two different needs at once namely electricity and transport. I am not the only one who thinks so. This week a Uganda company produced the first of its kind: a solar powered bus. In Bangladesh, a cooperation has produced an inexpensive customized solar-powered ambulance. Car manufacturers such as Tesla and Ford have also presented a different design with integrated solar roofs. And of course here in Eindhoven, we are also working hard on this topic with developments such as Solliance, the Solar-Bike and Lightyear, which will present their first commercial solar car prototype in 2018.

Although solar cars, in essence, are less complicated than regular combustion cars, their business model might not be. Going to developing countries it will probably need new technologies such a mobile payment or blockchain to be integrated. Next to technology it will most importantly, in my opinion, also need a lot of social and cultural awareness in order to really be successful in circumstances that differ so greatly from our own. 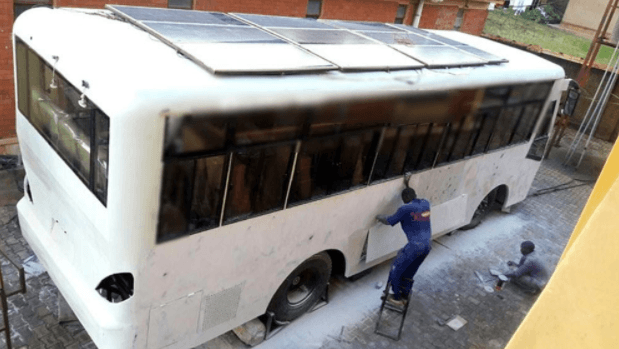