When the end of the year is coming, it is time to look back, even for a forward-looking platform as Innovation Origins. 2018 was a year full of innovation, from electric cars to high tech ski clothing, we covered a lot of cool topics. Even the hype around the game Fortnite hit us this year. What stories did you like and read? Here are the most read stories of 2018:

“Hyperloop will never work but still, the research is valuable”

The Hyperloop concept is never going to take off, Carlo van de Weijer says. According to the head of the Strategic Area Smart Mobility at the Eindhoven University of Technology, it’s not flexible enough and it doesn’t fit into the existing transportation systems. But despite those negative expectations, Van de Weijer supports the research generated by the Hyperloop project. “All that buzz will lead to major advances in mobility. Even if Hyperloop as a serious means of transport will never happen.”

Following months of speculation over its financial problems, world-renowned guitar manufacturer Gibson today filed for bankruptcy, casting uncertainty over the continued operations of its consumer electronics division Gibson Innovations, the inheritor business of Philips Audio, the inventor of products such as the music cassette and audio CD.

The electric Dream of Le Mans

From safety belts to windscreen wipers and from disc brakes to slicks, Le Mans’ 24 Hours has brought a lot of innovation. However, never before has a fully electric car completed the 24 hours. According to the InMotion student team, this must change, which is why they presented their prototype today, which is due to take part in the ultimate stress test for cars in 2023.

Every day we keep reading about the astounding progress happening in the world’s high-tech leader – San Francisco’s Silicon Valley. Yet, there is something we are missing. A rather small country geographically is gradually transforming into the new power in tech innovations. With its everyday top-notch scientific and technological advancements and highly qualified workforce, the Netherlands is steadily becoming the new Silicon Valley.

Why the Netherlands is the new Silicon Valley: Eindhoven

Hubble finds more evidence for moon outside our solar system

For generations, people have wanted to know more about Earth’s environment and everything beyond our galaxy. Thanks to ever more advanced technology, scientists are also gaining more and more knowledge, not just about the formation of Earth.

However, the hunt for exoplanets – planets outside our solar system — provided its first results only 30 years ago. Nowadays, astronomers find unknown planets on a regular basis, the search for moons orbiting exoplanets was not successful … until today. 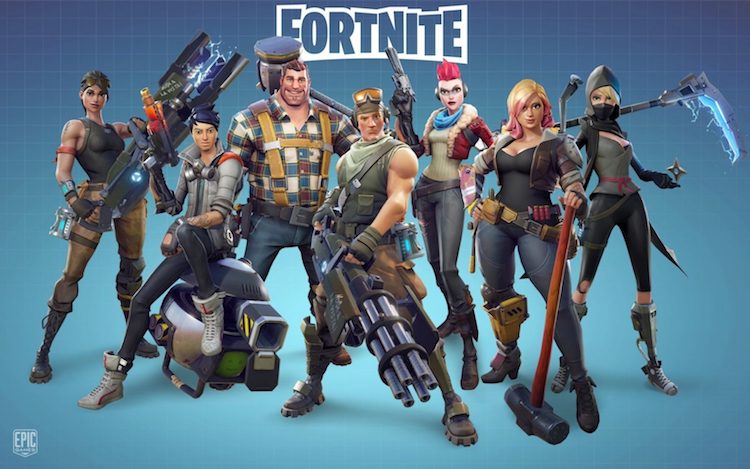 Fontys teacher unravels the success of game Fortnite with her students

Millions of children and adolescents around the world play the Fortnite game. What makes this game so popular? Research teacher Mirjam Baars researched it and found out that it’s not just because the game is free.

Aircraft noise is a frequent nuisance, especially for residents in the neighbourhoods of large airports. Although the problem is far from solved (this fully silent MIT prototype won’t really fly commercially for the next decades), in recent years, much has changed for the better. Thanks to aerodynamic refinements and more modern, quieter engines, modern commercial aircraft are much quieter than their predecessors. As part of the LNATRA (Low Noise Advanced Technology and Research Aircraft) project, researchers at DLR (German Aerospace Center) have now developed and tested further devices that make a modern commercial aircraft quieter. They used the DLR research aircraft D-ATRA, an Airbus A320, which DLR uses for a wide range of test and research tasks.

Skiing is a heating activity at low temperatures. This contradictory climate situation places high demands on the technology of ski clothing. Technology is indispensable to prevent sweaty, soaked clothing and the cooling effect that follows during the resting phase.