Ard van de Kreeke (52) from Middelburg became an organic farmer ten years ago. Prior to that, he had owned all kinds of companies in the sustainable quarter. But since he had bought a farm as a house with plenty of land and was kind of done with traveling all over the world, he thought: “I’m not going to do that anymore. I’m going to be a farmer.” As of this year, he owns GrowX vertical farming, a company that grows micro vegetables and supplies top restaurants in Amsterdam. He told Innovation Origins about what drives him. 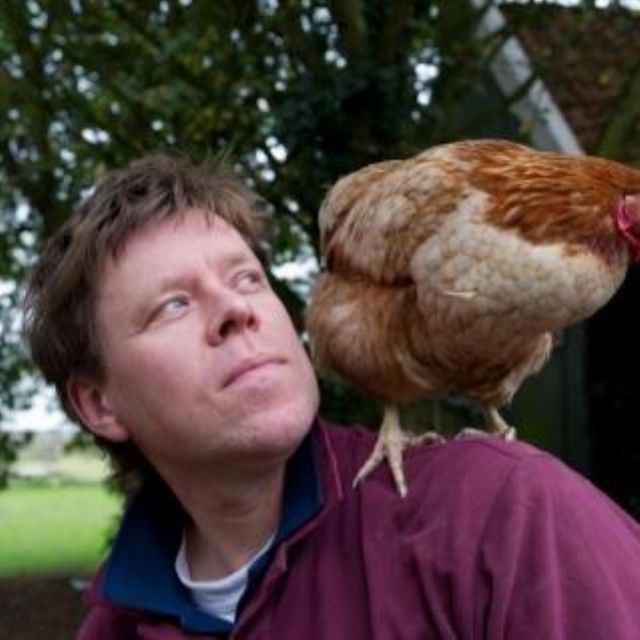 What motivated you to set up GrowX?

I didn’t set it up, that happened back in 2016 thanks to John Apesos, a Dutch American from Amsterdam. However, the company turned out not to be viable, due to the high cost price of the products and the poor market. Apesos had hoped to produce for the general public, but the product is not yet suitable for that.

What is your product?

We grow mini vegetables in racks, using LED light and in cellulose instead of soil. Without any pesticides – just light, seed and water. For example, we grow wasabi mustard leaves, three different colored radishes and five types of basil. Our range now includes 50 varieties for the hospitality industry, chiefly the higher-end restaurants. I already had leading chef Sergio Herman as a customer at my organic farm and that’ s a great way in for other top restaurants. I deliver to Le Ciel Blue in the Okura hotel and La Rive restaurant in the Amstel Hotel. They use our mini vegetables to enrich their dishes.

What has been the biggest obstacle you have had to overcome?

I had to shift the company’s culture from high-tech to regular farming. Technology is the means and not the end.

What has been the biggest breakthrough so far?

The biggest breakthrough was when the best restaurants started appreciating our produce. When it comes to vegetables grown in greenhouses, it’s a bit like: how can that taste so good? The opposite is true. You get a more concentrated taste. You can even influence taste by changing the color of the light. My customers – and they are really super-critical – absolutely love it. We didn’t do any marketing; word of mouth did the job. A number of chefs, like the Zeeland folk in Amsterdam, told their colleagues: you have to taste this, I have something pretty special. This year’s produce is already sold out.

What can we expect from GrowX over the coming year?

We have demonstrated that the product actually works. The only thing is that the production unit isn’t working as we would like it to be. This is due to personnel and energy costs and investment in technology. I want to robotize a large part of the production, so that a robot can water and weigh the plants from now on. That saves 25 % in costs.”

Where do you want to be with GrowX within five years from now?

In principle, I would like to have 25 of these units in place all over the world. In cities, close to the end user. You chop the vegetables and they reach the customer a few minutes later. I hope that by then we will not only have a product for the high-end user, but also for the mainstream consumer.

What does GrowX’s innovation improve upon compared to other products in your segment of the market?

There is already something like this, but it is so expensive, I’m already now more than 50 % cheaper than that. I can handle that side of things much better, thanks to robots and AI in the main. I’ m never satisfied, but it’s still not quite where I want it to be yet. I currently have 5 switches that I can turn, that should be 20. The major advantage is that I understand how a great chef thinks. Sergio Herman once said to me: everything has to be fucking perfect. We won’t do it for any less than that.

Arjan Paans is editor-in-chief of Innovation Origins. Between 2003 and 2008 he worked in Berlin as a foreign correspondent. Aftewards he was a news manager for several Dutch newspapers. Arjan is married and has one son.