Photo by Justin Schüler on Unsplash

No country in the world has more high-tech start-ups per capita than Israel. In the week of the Eurovision Song Contest, Innovation Origins pays attention to this startup nation in a short series. Today: speed dating in Tel Aviv.

Elektrical scooters – here one of Lime – determine the streetscape in Tel Aviv.

Outside on the street, millennials pass by on electrical scooters. Above a slightly dilapidated shop is – inconspicuously – a cyber security company. The CEO shows his office with two turntables and apologizes for the possibility of some loud music being heard in the interview room from time to time.
Welcome to start-up-city Tel Aviv!

Officially, the Israeli coastal city lies on the Asian part of the Mediterranean Sea. But judging by the liveliness, the restaurants and the trendy young population, you’d rather think that it was a city on the west coast of the United States. Have a vegan cappuccino on Rothschild Boulevard, or a roasted cauliflower in the Miznon culi snack bar on King George Street. Then continue to the temporary Dana International Museum on Gay beach, as after all, this weekend is the Eurovision Song Contest. A motley mixture of orthodox and liberal Jews, Arabs and internationals, fills the streets. But beware, also on the sidewalk, for those scooters, because they go pretty damn fast.

With 438,000 inhabitants, Tel Aviv is the second biggest city of Israel, but with 2,500 tech start-ups, it is the start-up capital of the world. The economical impact is huge. After the US and China, the puny Israel has the largest number of companies listed on the Nasdaq in the world. The bestseller Start Up Nation, the story of Israel’s economic miracle, published ten years ago, has lost none of its power.

The astonishing number of start-ups is reason enough to offer real tours on this subject. In cooperation with the Israeli-Dutch Chamber of Commerce, Innovation Origins is allowed to speed date with five companies on the cutting edge of high-tech, cyber security, e-commerce and financial services.

Supersmart responds to the trend of self-scanning in supermarkets. Although shopping without a cashier is undeniably on the rise, there are still shops and customers who are in doubt. Shops, because theft or ‘forgetting to pay’ results in an average loss of turnover of 4 percent.

Mana Yellin, vice president sales, talks about the technique ‘Scan & Go’ that can recognize whether the customer has forgotten anything within 5 seconds, by means of a combination of technologies. “Customers don’t like it when they’re picked out for an inspection. They know it’s not a random check. Some people leave their baskets. That way, profiling becomes an issue in the supermarket. Such an anti-theft system at Amazon supermarkets costs no less than 1 million dollars, and is equipped with dozens of cameras, which results in numerous privacy issues. Our system – which uses artificial intelligence in combination with cameras and a scale – is a lot cheaper and much more user-friendly. Scan & Go costs 2 cashiers per year, has a payback period of less than 18 months and will generate a lot of money afterwards. We already have a number of large customers in Europe.”
The founder of Supersmart has worked in the cyber department of the Israeli army, not uncommon for start-ups. The companies don’t use army technology, but because the founders were in the army, they did come into contact with advanced technology. This is one of the reasons why the Israeli climate is so good for start-ups.

The Scan & Go system by Supersmart in an Israeli supermarket.

According to Yellin, another reason is that it’s okay to fail. “The founder of this company had already started eight companies before this one. Here, you don’t get punished if you fail. If the first start-up didn’t work out, the question is: what’s your next idea?”

“Formjacking is the biggest cyber risk of 2019″, says Avital Grushcovsky, co-founder and vice-president of the cyber security start-up Source Defence. The warning comes from Symantec, the world leader in cyber security. And indeed, anyone who scans specialized websites will see that formjacking in 2019 is the way for cybercriminals to get rich quickly. In short, formjacking is the way in which criminals steal credit card data from forms in webshops in order to be able to siphon off the money. The way Source Defence found out about the problem was when he himself wrote software for a bank’s website and once inside, he figured: this is actually just a hack. “With that insight and the solution we came up with, our start-up was born. That was three years ago, when nobody was aware of this problem yet. Meanwhile, large companies like Delta Airlines, Ticketmaster and Kmart have been infected and companies are coming to us to ask if we can help them.”

According to Grushcovsky, it’s no coincidence that this idea was born in Israel. “Israelis are used to thinking outside the box. You always try to come up with a creative solution for your problem. That is the core of every start-up: pivot or die. No country in the world suffers from cyber attacks as much as Israel does. The last published hack on Israel changed the pages of quite a few municipalities into Jerusalem is the capital of Palestine. A computer is the ideal weapon in the hands of every angry 15-year-old.”

The idea sounds both simple and genius: copying the Israeli start-up ecosystem to companies anywhere in the world. Startup Nation AcadeMe promises that and is now looking for customers that have the ‘gotspe’ (guts) to pick up the gauntlet. Eti Vidavsky was running five companies all over the world, before starting AcadeMe one and a half years ago.
“We make white label digital accelerators for small and large companies under their own name. Suppose that Coca Cola Amsterdam want to build their own accelerator, they do not have the expertise. Our platform has no geographical limits. We’re working with global mentors and with investors from all over the world. In Israel, the first steps have already been taken with local colleges where pupils had to establish their own start-up as part of the examination program.” 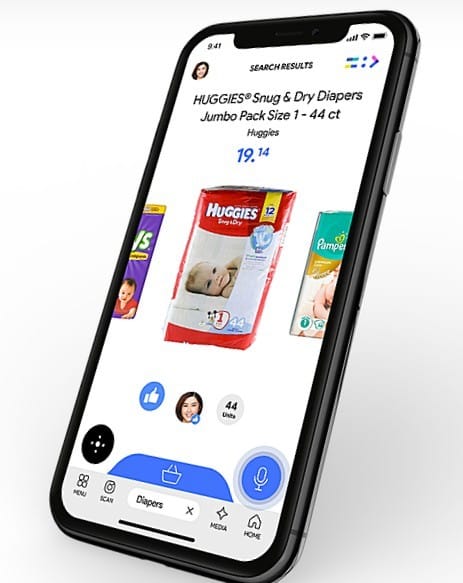 Example of a Superup app

Maybe Superup isn’t even such a special start-up, just a builder of super-fast e-commerce apps, until you look at the location. Ashdod is a mere 38 kilometres and therefore within the range of the rockets from Gaza. But all Adam Ittah, Superup’s Chief Strategy Officer, talks about are apps and what you can do for them. “The webshops are currently only designed for desktops, and not for cell phones, which doesn’t exactly improve the user experience.” For Kruidvat, among others, Superup built a super fast app, in which the purchase of products is combined with commercials about the same products.” Although he doesn’t want to give exact figures, Ittah says that the app has increased online sales by double digits. Superup raised 15 million dollars from an American investor at the end of last year and now employs 65 people. A dream come true for the Ittah brothers, who are from Ashdod, and also wanted to start a successful start-up outside Tel Aviv.

“Fluctuating incomes are the problem of my generation,” says Yair Levy about the idea behind his start-up Salaryo. “In the United States, of the 71 million millenials, 35 million are now without permanent employment. Banks are not responding sufficiently to this. A loan requires a stable income, which is why it is usually more difficult for this generation to acquire property than the previous generations. With Salaryo, we are responding to this. Primarily by offering loans on favorable terms for the deposit that has to be paid at a co-working space. But in the future we want to offer more services. We need to look for alternatives that will enable this generation to take the next step. The idea that this generation only spends money on trendy things, such as café latte and avocado salad, instead of saving for a house or pension, is wrong. After all, saving with zero percent interest does not yield anything. This generation is not so much about owning things as it is about having access to services and experiences: renting, sharing, leasing, that’s where the value lies.”

According to Levy, the start-up ecosystem in Israel is now reaching its limits. “Venture capital is looking for larger companies, for smaller start-ups it is increasingly difficult to collect money. Because of our small home market, we are often forced to go abroad. But many start-ups lack the skills to achieve scale. I spend half my time in New York, but if I really want to conquer America, I have to call on locals because they know the market much better.”

At first sight a dilapidated shop in the centre of Tel Aviv appears to be the headquarters of Hub Security, a cyber security company that specializes in blockchain. Founder, amateur DJ and director Eyal Moshe makes no secret of the fact that as a soldier he was part of Unit 8200, the part of the Israeli army that deals with eavesdropping anywhere in the world.

Hub security openly uses the backgrounds of its employees as a marketing tool and promises on its website ‘to renew blockchain financial technology with military solutions’. Moshe: “Blockchain makes the transfer of money much easier, but the risks are correspondingly high. Last year alone, 1.5 billion dollars was stolen. Digital money definitely holds the future, but security is a big issue, to which we can give an answer.”

A flashy office building is clearly not part of that. At Hub Security, as in many places in the trendy, but in many places unpolished Tel Aviv, a tangle of power and communication cables are coming from the ceiling. A name sign on the door is also missing. “We would like to keep it a bit low profile. How we help our customers is part of our magic. Let me put it this way: we combine unique hardware with unique software. Our link with the Israeli army is a good sales argument.”

Arjan Paans is editor-in-chief of Innovation Origins. Between 2003 and 2008 he worked in Berlin as a foreign correspondent. Aftewards he was a news manager for several Dutch newspapers. Arjan is married and has one son.