Those who grew up in the 1980s will remember who Knight Rider was. A fearless detective who wanted to make the world a better and safer place with KITT (Knight Industries Two Thousand), his robotic car. Well, back in those days it was all still science fiction. But now, almost four decades later, that much-loved star car of yesteryear seems to be becoming a consumer product that should be within reach within ten years.

During the High Tech Next information day in Eindhoven (which is open to the public and free of charge), Clara Otero provided a glimpse into the near future of the modern car. She said the modern car will be equipped with increasingly more electronics and software. Otero is director of system innovation at the semiconductor manufacturer NXP, also based in Eindhoven. With a turnover of €8 billion euros, NXP is one of the world’s largest suppliers of electronics and software for built-in smart systems in cars. The more electronic systems that run on the cars, the more computer programs will be needed to make them all function properly, Otero added. 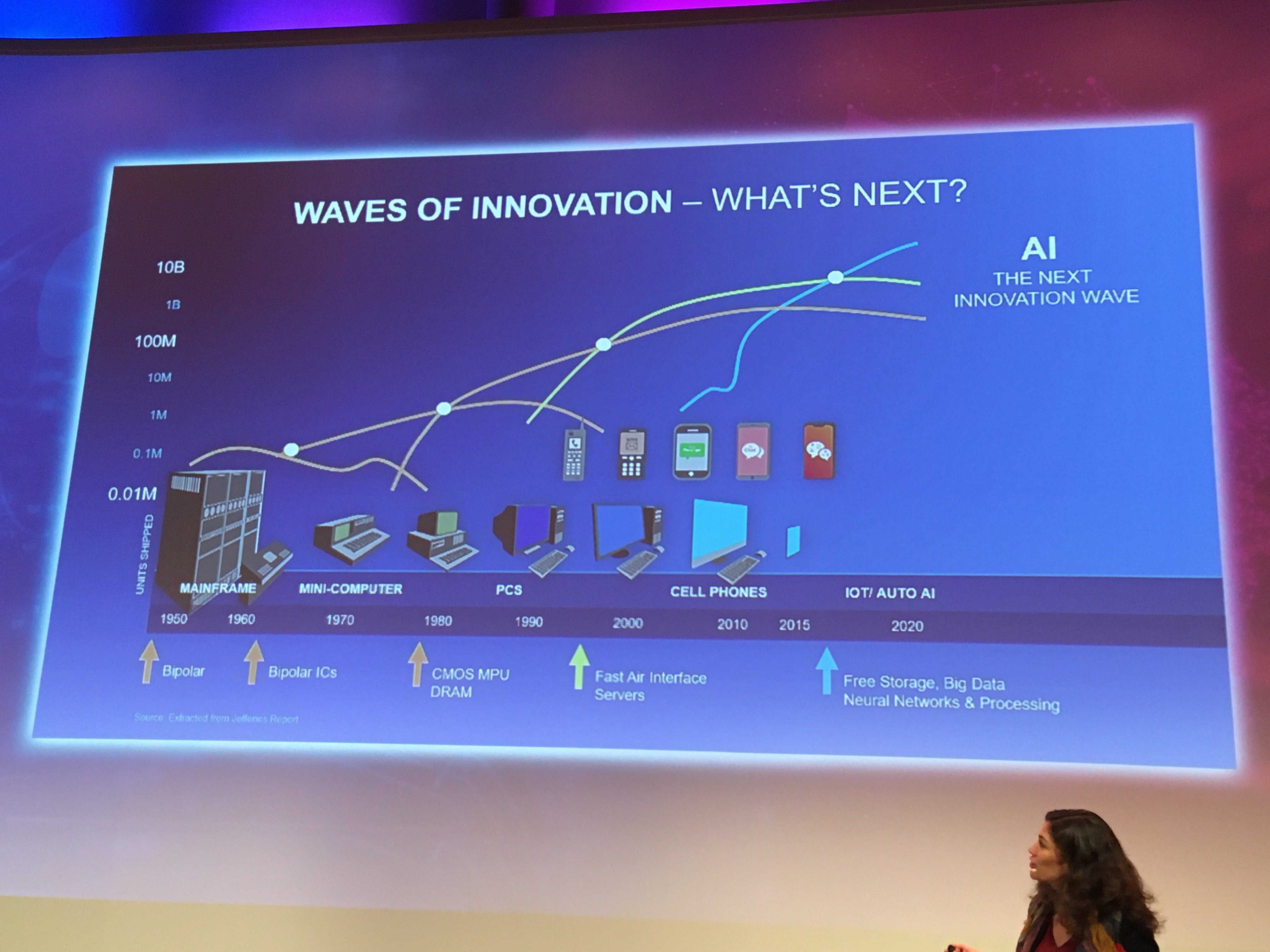 The car itself selects music for you

What could we gain from that? – Is the question. A lot, if you listen to Otero.

In the first place, the car will no longer serve as merely a means of transport that the passenger and driver use to get them from A to B. The car of the future will also be a kind of KITT from Knight Rider. Who knows what music you want to hear when you hop in to go to work in the morning. Who also knows where you want to stop off and buy a snack on your way home and will spontaneously direct you there. The car of the future knows how to drive as frugally as possible. This ensures that you will be able to use your battery over a longer period. Which means you will ultimately drive more sustainably as well. And it knows how you don’t need to waste any time. You should be able to work and relax in your car too.

As far as Otero is concerned, the modern car will be a lot more comfortable with the NXP systems than a Golf from the 90’s for instance. Just to give you an idea of the contrast. One of the cars that is most commonly seen on the highway nowadays, according to the Dutch ANWB’s break-down service.

Camera, radar and lidar see more than you do

Moreover, the car of the future should also become a lot safer than the current one. How? By installing cameras, lidar and radar. When used together, they are able to perceive the surrounding situations so precisely that they will be able to formulate appropriate, automated decisions in all traffic situations. This is all done with the help of software and is designed to avoid accidents. As Otero stated, the use of lidar, cameras and radar makes it much easier to identify traffic situations that you simply can’t see from the driver’s seat. These instruments combined are better equipped in certain situations than humans are when it comes to observing their surroundings. 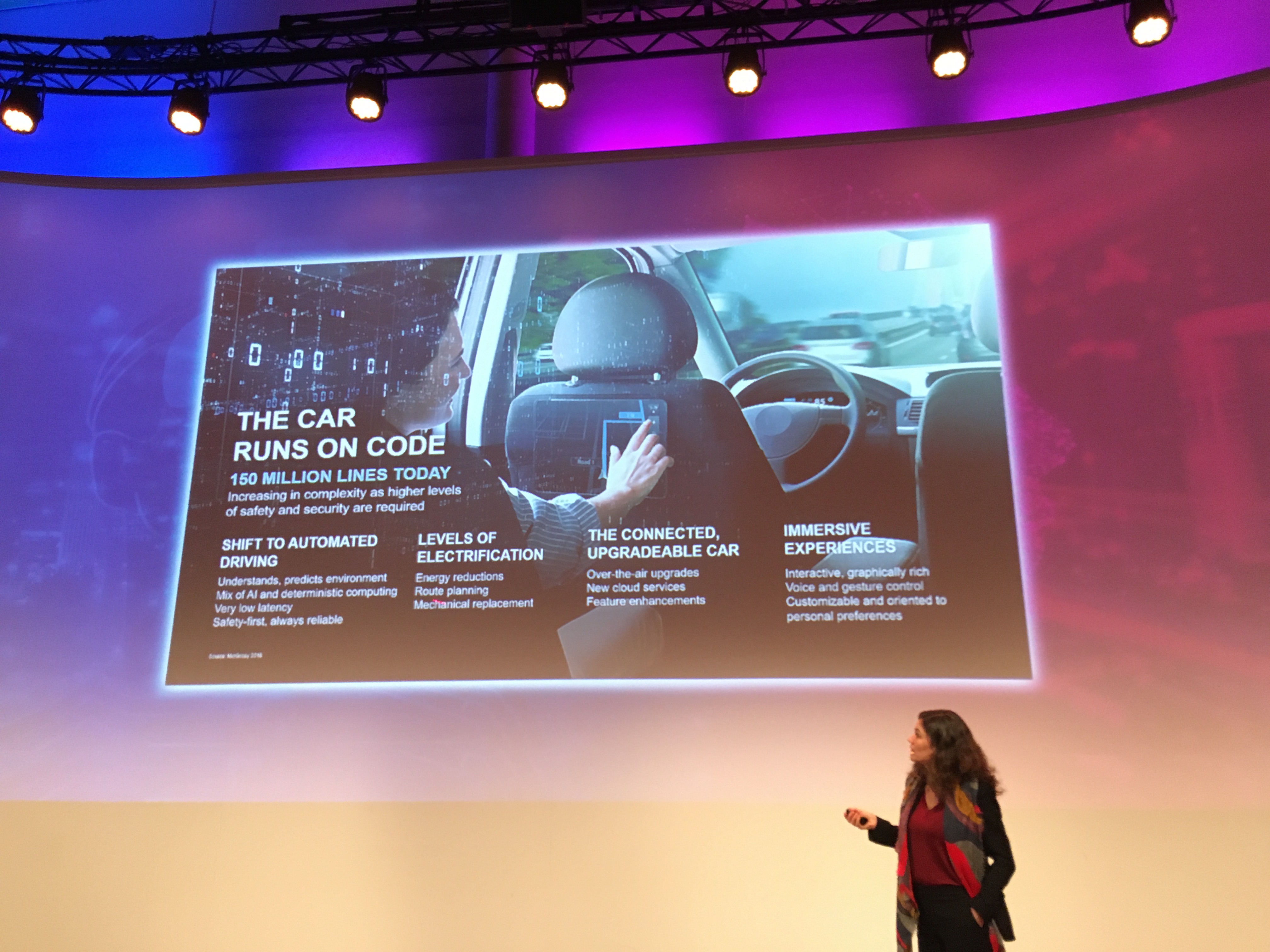 As a result of the ever-increasing use of sensors in cars, the driver learns more about a traffic situation that they find themselves. More so than  what is possible with today’s cars. Suppose that a traffic jam occurs on a road as a result of an accident. Let’s say at a distance of e.g., a few kilometers from driver A. This could then be detected via the sensors on driver B’s car which is stationed close to the accident. Then communicated to driver A’s car. That’s referred to as ‘Enhanced sensing‘. The only prerequisite is that A and B both have sensors on their cars. And that their systems are able to communicate properly with each other. 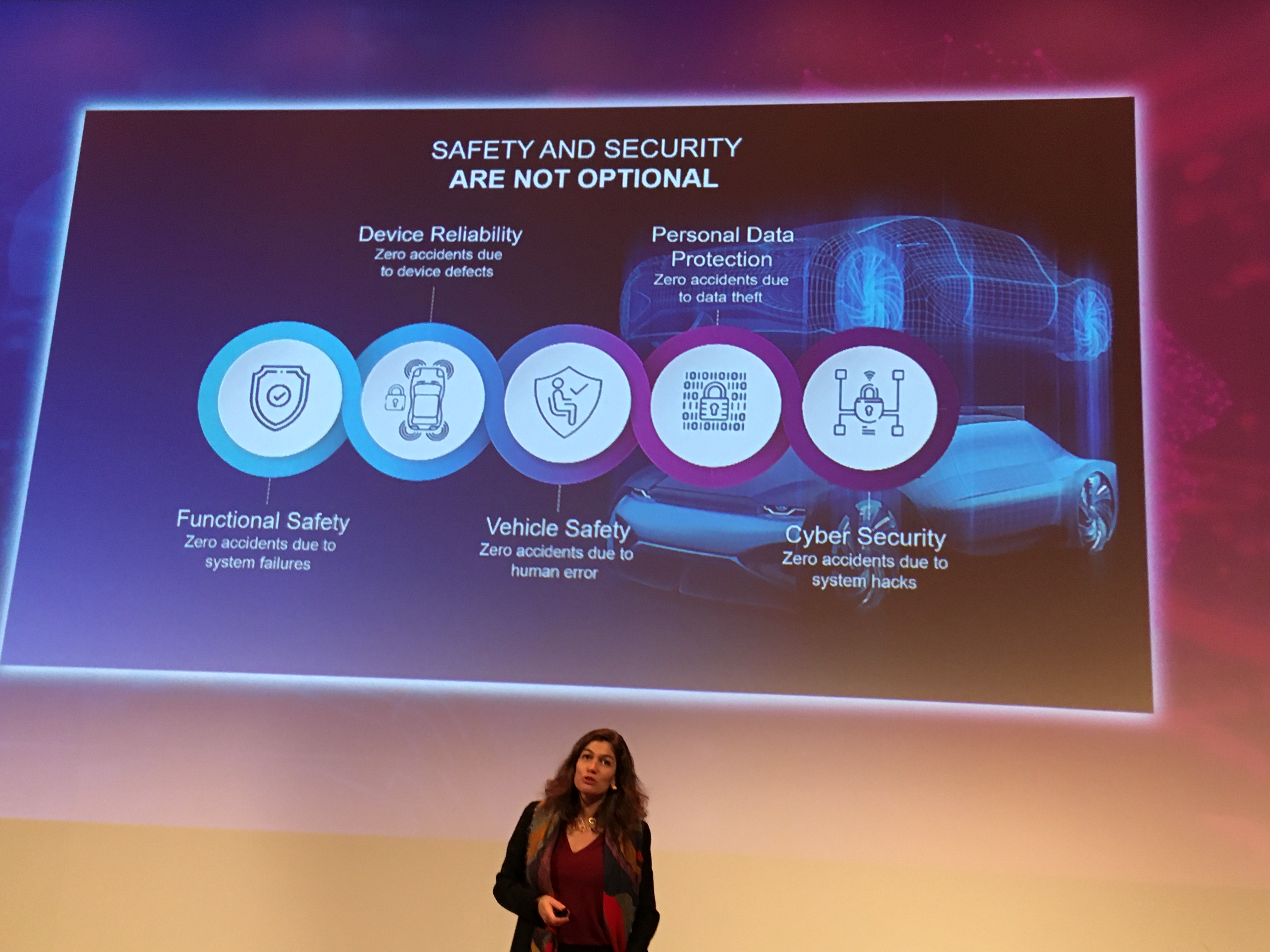 A problem that can’t be safeguarded against is that a system (which relies heavily on data sent to and from cars via a wireless network) could also be hacked. The goal is to prevent this from happening, as is stated on the slides that Otero presented. But cases where a hacker manages to break into a system and shut it down can never be completely ruled out. That was something that Otero was compelled to admit in response to a listener’s question.

Our Knight Rider from the 1980s didn’t have that problem whatsoever. Super-detective Knight was the only one in the world who had a robotized car. His world was not equipped for that and other cars couldn’t communicate with his smart racing car. In that respect, KITT the robotic car is still very much science fiction.