“A city with the ambiance of a village.” Commonly said about Eindhoven. But Niels Groenendijk shows the urban side of the city. This week his Share the Vibe was published. 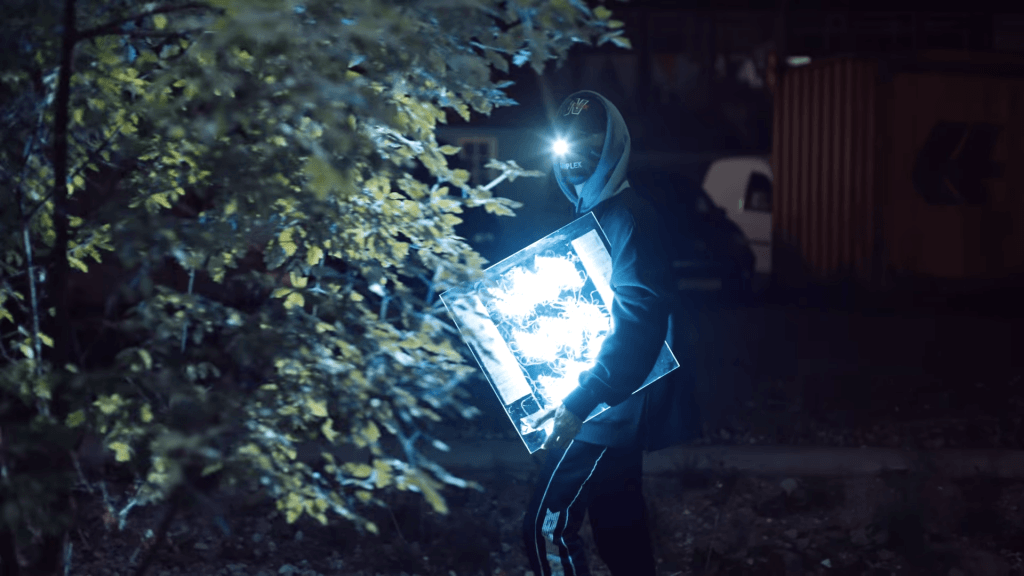 His video is based on a postcard. “I recently saw a postcard of Eindhoven in a bookstore with an image that did not accurately represent the city at all.” According to Groenendijk it didn’t show Eindhoven’s futuristic side enough. “If you look closely, you can see many of these futuristic shapes in the city. My aim is to reveal these things.” That’s why the 36,5 seconds long video, shows several characteristic shots of the city. Besides that Groenendijk got his inspiration from shots out of science fiction movies such as Total Recall.

In this Share the Vibe a person walks through Eindhoven during the night, carrying the logo of Eindhoven under his arm. Groenendijk made this out of Perspex with a grid where he put LED lights in. Timmy Vanilli is the actor, and also helped with editing the video. The soundscape is made by SHANDY BEATS. Groenendijk often worked together with these two parties. “Our tribute to the city is to show its futuristic aspects. Eindhoven as the new kind of Dubai.” 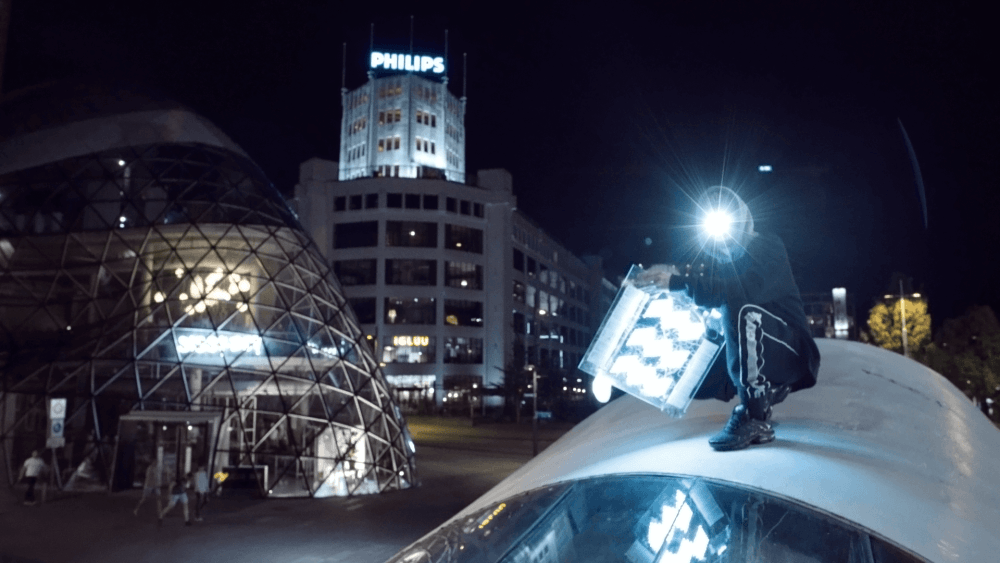 Groenendijk was born in Germany, but grew up in Arnhem to move to Eindhoven later on. “Eindhoven is a city with a steady base you can always get home to.” After his bachelor in visual communication he became an independent freelancer. For his company Aap Noot Niels he travels all around the world. Mostly he adapts a modern and minimal style in his videos, in which his interest for street culture is visible. Groenendijk also loves the culture in Eindhoven. “There is some special energy that hardly any other city possesses. A unique factor. Eindhoven just has this vibe that everybody wants to make very cool stuff.” And now also Groenendijk contributed to this.

And all Share the Vibe videos are available at Eindoven.video.