Eric Dy, co-founder and CEO of Bloom Technologies, has won the Extreme Tech Challenge contest. The award is part of a technology contest organised by Richard Branson. Bloom Technologies is a San Francisco based spin-off of Holst Centre and Imec at the High Tech Campus in Eindhoven.

Bloom has developed a wearable sensor tied to an app that allows expectant moms to track their pregnancy, such as frequency, duration, and intensity of contractions. Dy was one of three finalists that traveled to Necker Island, Branson’s private Caribbean island, and pitch their business directly to the successful business man.

“It was a very long evening but a terrific one for us,” Dy said to CNN. Dy, 36, was the last to present, but the Caribbean island setting helped to calm his nerves. “We were out in the open, at a beautiful beach house that rolled into grass tennis courts,” he said. “And the beach was right behind us.”

Bloom Technologies plans to make its device available to consumers this summer. With that launch date just a few months away, Dy honed his pitch to tightly focus on the startup’s commercialization strategy and plans to gain traction after hitting the market. It helped that Branson is a proud father and grandfather, according to CNN. Branson’s daughter delivered twins in late 2014.

“Most of the judges have experienced raising kids and even grandkids. So our company’s mission resonated with them,” Dy said to CNN. “They understood what it means to have a pregnancy go well and the heartbreak when it doesn’t.”

The win for Dy doesn’t result in a monetary prize. However, the winner does get the chance to be invited back to Necker Island to talk with Branson next year. 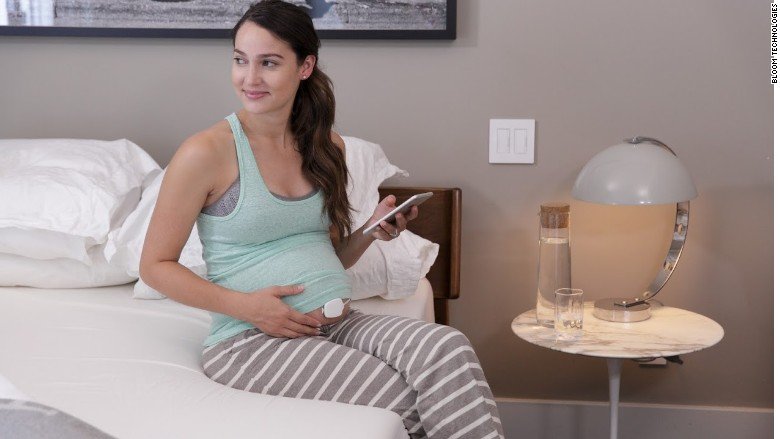 Bloom Technologies is a consumer health company developing clinically accurate wearables for expecting moms that combines pregnancy tracking with data analytics to answer questions and concerns and promote healthy lifestyles. Bloom uses medical-grade technology, previously developed at imec and Holst Centre, to provide women with new insight into their health and their body during pregnancy. It also gives them the opportunity to share their data and crowd source aggregation of data on prenatal health. Data that is historically very difficult to collect but with the potential to enable a better understanding of prenatal health.