For a Cursor Special about the explorer, Monique van de Ven and Tom Jeltes interviewed eight pioneers of the Eindhoven University of Technology. Today: Alex Dings, COO of start-up BitSensor. “I’m not that talented – the largest part remains hard work, and anyone can do that.” Pictures by Bart van Overbeeke.

Alex Dings was studying Software Science & Web Science at TU/e two years ago when he and fellow student Ruben van Vreeland founded the startup BitSensor, which alerts its customers to an attack on their application as it happens. He quit his studies to become the company’s chief operating officer. The ICT trade magazine Computable recently elected the company Dutch Startup of the Year.

What question would you like to be asked?
“A question to which I could answer that what I do really isn’t that extraordinary. I believe that anyone could do it, as long as they are dedicated enough and tackle things systematically. Friends see how hard we work, but people a little further from me often think that BitSensor’s success and everything that I did before is due mainly luck or pure talent. But that accounts for only a very small part of it, I think. At any rate, I’m not that talented – the largest part remains hard work, and anyone can do that.”

What led you to become a pioneer?
“I have always enjoyed getting involved in projects and taking them to a new level, as a project consultant at TU/e, but also as editor-in-chief of the magazine run by study association GEWIS, for example. But the real pioneering began with BitSensor. Mainly because in the beginning, now more than two years ago, everyone thought we would fail. We protect applications against external hacks by adding code to the application itself. At the time it was said that no one would ever manage that. Then later the problem was recognized: if you wrap an application in a shell, you block out customers. But it’s either that or let hackers through. We decided it was a problem we could solve.”

What is it about your personality that makes you a pioneer?
“I don’t give up, although that might sound a bit wet. But the systematic handling of problems is really what it’s largely all about. And now and then you have to be prepared to work until four in the morning on a Saturday, preparing materials that the customer wants for a presentation on Monday morning. Because that presentation could be a unique opportunity for the company. I promise that the customer will have them on Monday, and I have them ready on Sunday. Underpromise and overdeliver. I sincerely believe in that.  And you have to seize opportunities – giving up my study to pursue BitSensor wasn’t something I did lightly.”

How do you relax?
“I have a lot of hobbies, but I have time for only one alongside BitSensor. I’ve liked working with wood since I was a kid, that’s something I taught myself. As a seven-year-old in second grade, I was allowed to work with electrical tools – unsupervised. That was a real milestone. I’m currently renovating my room; I still live like a student, and that suits me, but it did need smartening up a bit. I have made cupboards, a bed that a cupboard and fridge fit underneath, and a table that can fold up against the wall. Very practical, and it feels great to be busy in such a mindless way.”

What will it take for you to say that your life has been a success?
“I have to say I think I’m a bit young for that question; we’ll have to see whether I become really successful. But I would like to continue developing projects and ideas, taking them to the next level, at BitSensor and afterward. And I’d like to do that well enough for BitSensor to keep going after I leave because otherwise, I’ll have achieved nothing. An example: I was recently up half the night working on the GEWIS magazine, although I don’t actually have to do that anymore – I never stop feeling responsible.”

This interview was part of Cursor’s ‘The Explorer’-special. 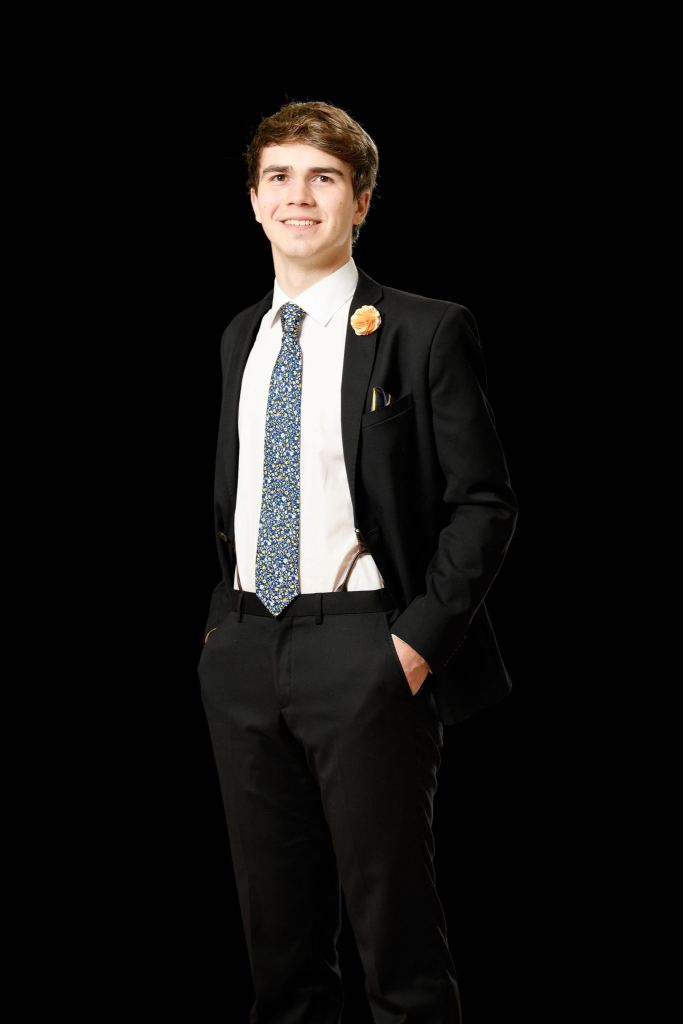