Pillow’s Willow, the trendsetter in the VR industry

In recent years, Pillow’s Willow in Eindhoven has made a big impression with the award-winning VR game Spark of Light. As a company in the rapidly developing market of VR games and applications, however, you constantly have to reinvent yourself. As far as founder Peter Kortenhoeven is concerned, the future of virtual reality lies in active VR experiences, in which the player does not use a controller to control the game, but their entire body is deployed.

When we travel to the VideoLab building in Eindhoven to talk to Kortenhoeven and his colleague Merijn Vogelsang about the Dutch developer Pillow’s Willow, we are immediately hoisted in a suit with sensors to play their newest project, Exodus Burned. We get a virtual reality helmet, we put on a cardigan that is reminiscent of laser tag, and we also get envelopes around our hands and feet, all filled with sensors that measure our position. We don’t hold on to a controller; everything can be controlled by the body.

When the glasses are switched on, we’re no longer on the fifth floor of a building full of companies and startups, but in a futuristic elevator in which we travel from one storey to the next and are presented with a number of active games. We crawl, lie and jump to avoid lasers, dance across the floor to press blue switches in time and jump around because ‘the floor is lava’.

We’re talking about all kinds of small games that last no longer than a minute, but after a quarter of an hour, we feel like we’ve done a lot of exercise. As far as Kortenhoeven is concerned, this very fast dose of physical activity is VR’s future: “We want to get people moving with games”, he says, while we still wipe the sweat off our foreheads. “No large spaces are needed because you’re in a relatively small place where all the games take place. The game can even be played in teams and against each other.”

With Exodus Burned, the intention is that when the game is finished later this year, various customers in the Netherlands and abroad will buy the product and the corresponding suits and offer them at locations. The suits are still being fine-tuned (“you’ll have to be able to put them on fast”) and delivered by the company VRee, which is located in the office next to Pillow’s Willow. “We don’t see Exodus Burned as a game, but as a platform in itself. We want to create an active eSport. We’re also already talking to a number of big Leagues to see if there are opportunities for competitive, large-scale play sessions.” The intention is even to continue to expand Exodus Burned after release: “We offer a virtual sports hall, as it were, and the player decides what to do in it. We make sure that new content is constantly being released so that you are always surprised.”

Kortenhoeven has years of experience in the Dutch game industry – he has worked for Triumph Studios, one of the best known Dutch game developers – and officially founded Pillow’s Willow in 2016. While he first worked on his project in the evening, he soon received coaching and financial assistance from Andy Lurling and Sven Bakkers, founders of the venture-building programme LUMO Labs, to make his dream come true.

Merijn Vogelsang joined the studio almost directly. The two still knew each other from their time at Triumph, and he worked before Pillow’s Willow at Ubisoft Massive on the popular action game Tom Clancy’s The Division. Merijn: “That’s a huge company, but you have the freedom to do what you do best. I started doing something different because it all takes quite a long time before you see the result. I missed the connection with the player. I missed something to try out quickly and move on. That’s why I like to work in a smaller team.”

And Pillow’s Willow is smaller, with an average of ten permanent employees, although there are also flexible employees, and a good relationship has been built with the Breda University of Applied Sciences. Kortenhoeven makes no secret of the fact that he wants to see the studio grow even more, to make their products even more extensive and detailed, but it should never burst at the seams. “I just want to know everyone’s first name.”

The freedom that Pillow’s Willow seems to have to make what it wants, is mainly due to the success of the very first demo it developed, with the same name as the studio. “We showed the Pillow’s Willow demo at the Game Developers Conference, and large companies were immediately interested. So we suddenly sat around the table with Palmer Lucky from Oculus Rift, and we also got in touch with HTC.” The Taiwanese smartphone manufacturer has been focusing on virtual reality for several years and has launched a variety of spectacles, including the Vive and wireless versions, the Vive Focus, and cheaper smartphone glasses.

HTC took an interest in the Eindhoven company, as a result of which the full version of the above demo, called Spark of Light, is supplied with various VR glasses, especially on the Chinese market. This ensures the necessary familiarity, but because of the quality of the game, the developer was also awarded prizes, including for the best VR game at the Vive Ecosystem Conference. However, the success achieved does not mean that investors are not welcome anymore, because they are always on the lookout for possible partners.

With Pillow’s Willow and Spark of Light, the developer has created a kind of virtual diorama, in which players can play a character through imaginative environments. At the same time, the studio has created a consistent universe, which expands further with the future Reef Quest, which offers the same gameplay, but is situated underwater. The more traditional VR experience is therefore not written off at all.

“We pursue two dreams: one dream is to create a complete universe because VR deserves an identity of its own. We are still working on this.” The other dream is to get players moving naturally. VR is still a young market, and there’s a bunch of opportunities. “We want to grow with the technology, and the trends are always one step ahead.” That’s not always easy, but Pillow’s Willow is pretty well on the way to achieving just that.

Dutch Design Awards: And the Winners Are… 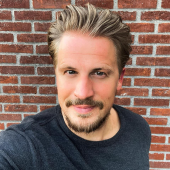 Start-up of the week: Icing on the cake for those who want healthy treats when dieting