Paris, Berlin, Drimmelen. The self-driving minibus is on the rise and is gradually conquering the world as a way of bridging short distances. At least as long as the passengers take the minibus to heart and are willing to continue using it. And as long as the bus can be used without endangering their own lives. In the coming weeks, the province of Brabant will attempt to close the small gaps in its transport network with a robotic minibus from the Arriva transport company. This will involve, for the first time in the Netherlands, driving on the public road alongside the Biesbosch marina.

Aside from Arriva and the Drimmelen municipality, other parties involved in the trial include the NAVYA vehicle supplier, The Future Mobility Network, the province of Noord-Brabant, the West-Brabant region, Breda University of Applied Sciences and TU Delft.

The minibus travels at a speed of 20 kilometers per hour from one end of the marina to the other over a distance of about 3 kilometers. On the sides, front and rear and on the roof of the vehicle are sensors that enable it to detect movements within a distance of several meters.

As soon as it detects any movement on the route, the vehicle abruptly stops. This is also the reason why passengers have to buckle their seatbelts, says Jeroen van Rheenen, who is supervising the trial on behalf of Arriva and is sitting in the bus during the trial runs.

During one of the trips a woman cyclist aged around 70 suddenly shot in front of the bus. The wee bus braked abruptly, causing the passengers to knock their backs up against the seats. “She is what I call a kamikaze granny,” jokes Van Rheenen. ” Yet you can see why we make it compulsory to fasten seat belts. The brakes in this bus are very powerful. They have to be, for safety’s sake. But when they do brake, it’s not exactly comfortable.”

The reason behind the trial with self-driving minibuses is a motion that the Drimmelen city council approved two years ago,” says spokesperson Anouk van Bragt from the Drimmelen city council. “In recent years, many stops and bus lines in Drimmelen have been discontinued because they were no longer commercially viable. At the same time, we see that the number of elderly people who are obliged to stay at home is on the increase, which makes them even more dependent on public transport. We hope that this form of public transport will offer a solution.”

According to transport specialist Arthur Scheltes with the Goudappel Coffeng consultancy agency, there are currently about thirty locations in the Netherlands where pilots with self-driving vehicles are taking place or are about to take place. This is a solution that will help rural municipalities in particular in keeping residential areas accessible and reducing public transport costs. “In the case of a traditional bus, 50 to 60% of expenditure is made up of personnel costs,” says Scheltes. If there are then only a few – or even no other passengers boarding each trip – that’s just no longer affordable.”

At the moment, the robotic minibuses drive on short routes in small areas so as to offer ‘first and last mile‘ transport. This means that they drive from a public transport stop to a final destination such as a hospital or a regional airport. Where regular buses, trams or metro lines do not go, for instance. Usually this entails just a few hundred meters or a few kilometers that you would otherwise have to walk or cycle.

This is also the case in Drimmelen. There are two large parking lots near the marina which are about two kilometers away from each other. From there, the minibus drives to various places along the harbor so that you don’t have to walk to them.

Scheltes does not expect that self-driving minibuses can replace the traditional public transport when it comes to longer distances. “The complexity of traffic on public roads over long distances is high. You are now seeing that the self-driving minibuses are used to cover short distances and that they drive at a low speed. However, they are designed to add to the existing public transport system in order to make it function better.”

He does think that the trend towards using self-driving transport for short distances will persist. “It is a good way to stay accessible particularly in rural communities.” At the same time, Scheltes also warns against high expectations. “These pilot projects are worth learning from. If you do not make any progress at a particular location, the pilot project might stop there. But a pilot project can continue with newer technology at another location. The aim is to learn from these pilot projects so that a new, fully-fledged public transport product will eventually emerge”

Robotic minibuses are also appearing around the rest of the world. “You see a lot of ‘show pilots’,” says Scheltes. “Compared to other countries, the Netherlands is at the forefront in the development of legislation. We also distinguish ourselves by linking research programs to these pilot projects in order to develop the technology step by step. For example, we are now seeing this happening in the metropolitan region of Rotterdam and Den Haag. But also in the province of Groningen. For instance, a self-driving minibus will have to drive through a very narrow gate in the village of Boertange. This requires sensors that can detect movement over long distances in order to anticipate a possible oncoming vehicle on the other side of the gate. The technology of self-driving transport is becoming better and better as a result of these developments.” 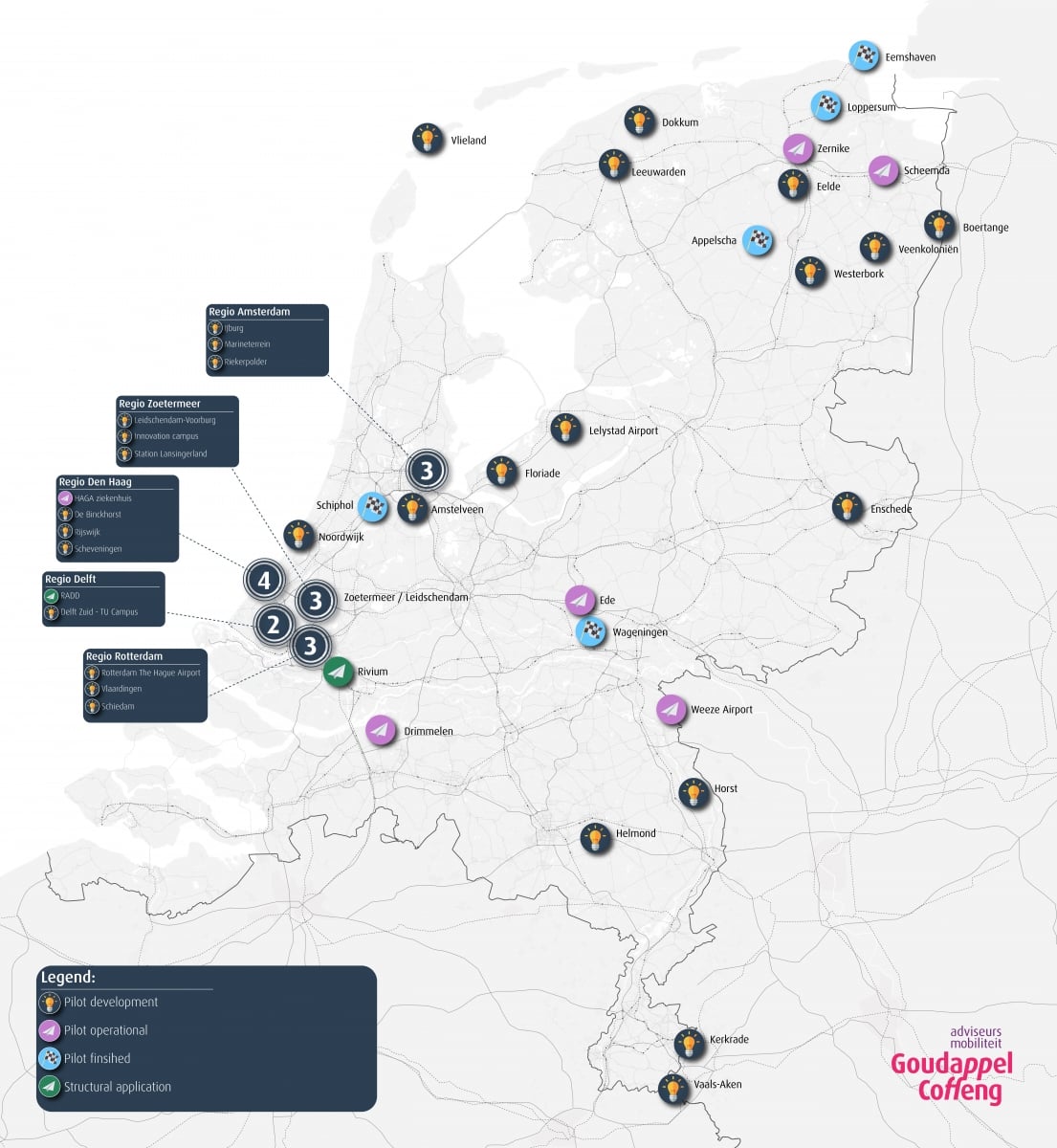