The zinc factory in Budel-Dorplein is ready for a new phase of life. From energy consumer to supplier, from environmental risk to friend of Natuurmonumenten, from Nyrstar to Metalot. Right on the spot where metals are now being processed using the energy that equals the needs of the whole city of Eindhoven, in a few years time the solution must become visible for major issues such as energy storage and sustainable mobility. All this in a 100% energy-neutral and circular way.

Yes, the level of ambition is high. Harry Denis (Nyrstar Budel), Philip de Goey (TU/e, Metalot3C) and Jan Vlassak (Metalot3C) agree on that. But the unique opportunities in Budel-Dorplein, together with the support of parties such as the province, Natuurmonumenten and the municipality of Cranendonck, have nevertheless won them over to take the steps needed. 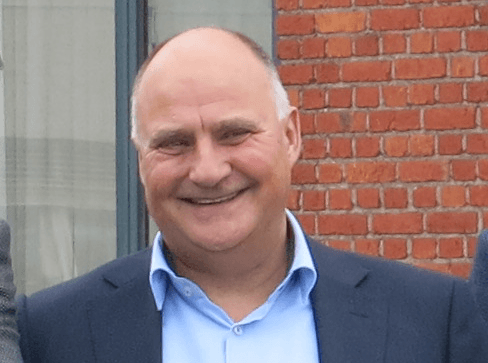 Since 1999 – “When John Jorritsma was still mayor here” – Nyrstar’s director Harry Denis has been luring new companies into his partly unused terrain. But whenever the solution seemed to be close, something did happen again. A missing signature, a changed insight, new nature compensation requirements or – very often – new legislation. It was sometimes to get mad. Nevertheless, Denis has been able to maintain his confidence in a successful outcome through all these years. And now he finally seems to be reaping the fruits of his patience. “It looks very good now, with all the parties involved and a wonderful zoning plan, even though there is still a six-week consultation round to bridge.”

Denis emphasizes that he is not concerned with selling the land he has at his disposal as quickly as possible. “We need to have the right companies so that synergies can be created.” But what is ‘synergy’ in this respect? Denis: “Look, at Nyrstar we are in the metal business, but energy is also our concern. We are looking for companies that can connect to this in a sustainable way. Think of metal and chemical recycling, energy storage. Solar panels as well. Or a plasma oven, that would be very nice. And it doesn’t have to be all right away. If we can connect a few new companies every year, we can continue growing.”

Denis is happy that he does not have to invest heavily to make the desired change possible. “We are not going to make large debts in order to make the terrain look good; we will only do so when the parties who are actually going to settle there have been found.” The first changes will be visible at the beginning of next year, when the first 60 hectares of solar panels will be delivered. As a first part of the – eventually – closed energy circle on Metalot. 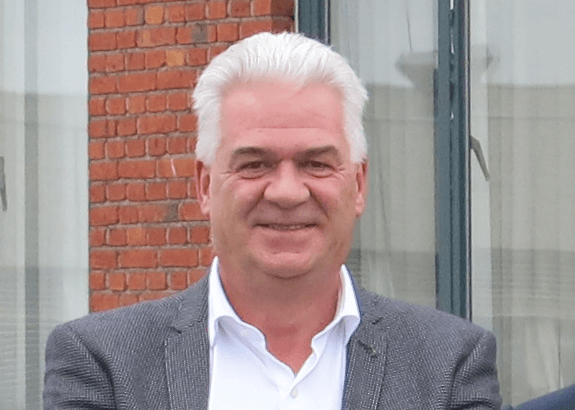 Part of the Nyrstar site has been renamed Metalot Circularity Center Cranendonck (Metalot3C). Philip de Goey and Jan Vlassak are going to make sure that the dream of Denis will be realized. And more than that. “The central idea is: organizing everything in such a way that you will only use and supply completely sustainable energy”, says De Goey, who is professor and dean at the Faculty of Mechanical Engineering at the Eindhoven University of Technology. “Jan Vlassak and I started this two years ago. We thought it should be unique, preferably on a global scale. We have developed a vision that is leading the way. Everyone is excited about it and that’s why we ourselves became increasingly driven.”

Metalot 3C wants to drive and support the innovations needed to achieve 100% sustainability and 100% recyclability tea. De Goey: “In this way, we are going to scale up the ideas that are now being put forward at the universities – primarily in Eindhoven, but also at other universities – from a lab set-up to a factory setting.”

One of the leading themes in this respect is energy storage. “In the end, we want to completely link energy supply and demand. Because you don’t need the same amount of energy at all times, you can’t do without storage. We also think that batteries solve part of that problem, but certainly not everything. Batteries do work for cars, but for freight transport, ships and airplanes it is really different. Take, for example, a large truck: as a replacement for 700 liters of diesel, you need about 25 tons of batteries; that will not work.”

According to De Goey, part of the solution can be found in the metal fuels. “In that respect, this is, of course, a big playground for us. We are going to try everything we can. Basalt blocks, zinc, magnesium, iron, we have everything at hand here, so that’s ideal. We can already make fire from it, but we don’t have a good engine yet. We want to work on that. Innovations, new things, that’s our business at Metalot.” 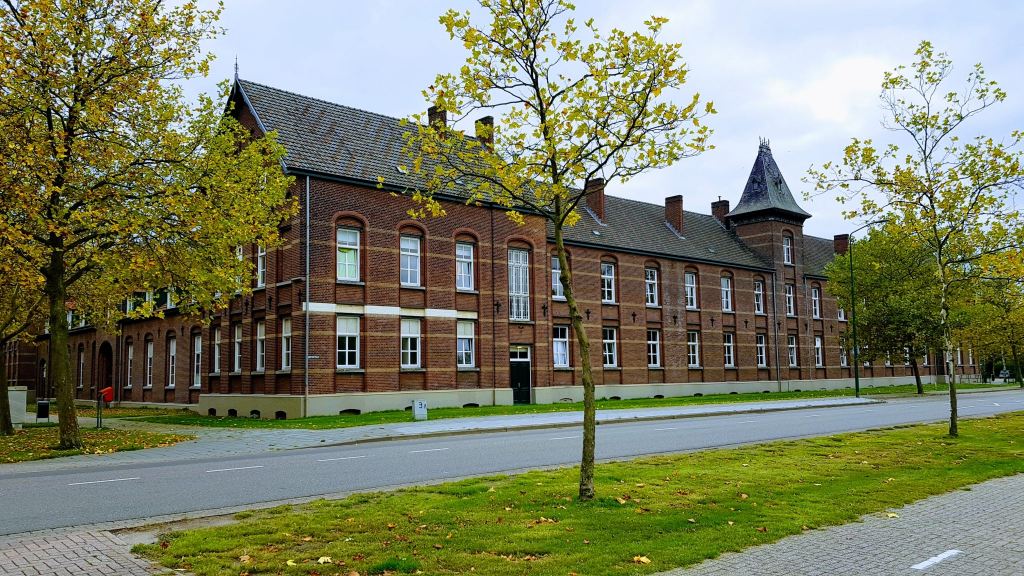 De Goey does not limit the activities of Metalot 3C to the main site of Nyrstar. The Cantine, on the other side of the Hoofdstraat, will also be part of the plans. De Goeij: “Once upon a time that was the social meeting center of the village. It is breathing to the past, but we are going to turn it into a very futuristic place, the drawings for which are already there.” The idea is that a wide range of partners will connect to Metalot. Technical universities, both in the Netherlands and abroad, and institutes such as DIFFER, TNO and ECN. “But also Wartsila, a ship-building company, has already shown an interest.” In addition, De Goeij believes that it is more than logical to have a series of student teams to join Metalot. First of all, Team FAST, which is working on a formic acid powered car, and SOLID, which wants to build an engine on iron powder.” 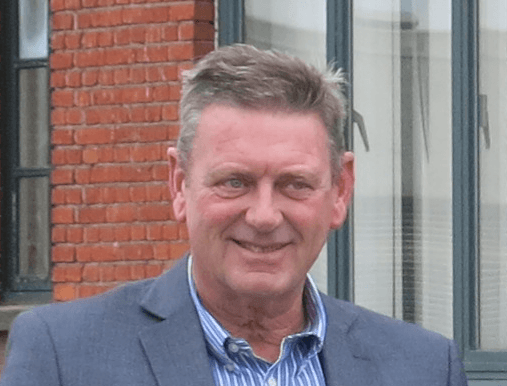 But it doesn’t stop there, Jan Vlassak quickly adds. “In 2018, we expect to host 10 researchers and 20 students. In five years’ time, this will have to grow to at least 100 researchers and 200 students of all levels”. Vlassak sees a lot of room for educational activities. “It’s necessary to secure the future of good education in this region. Think of Gilde Opleidingen, Fontys as well, actually at all levels we want to offer education opportunities with an emphasis on sustainability, right here in Cranendonck.” As far as Vlassak is concerned, this also means that there will be a separate school building, preferably on the Metalot grounds.

Soon more about the role of Natuurmonumenten on Metalot. 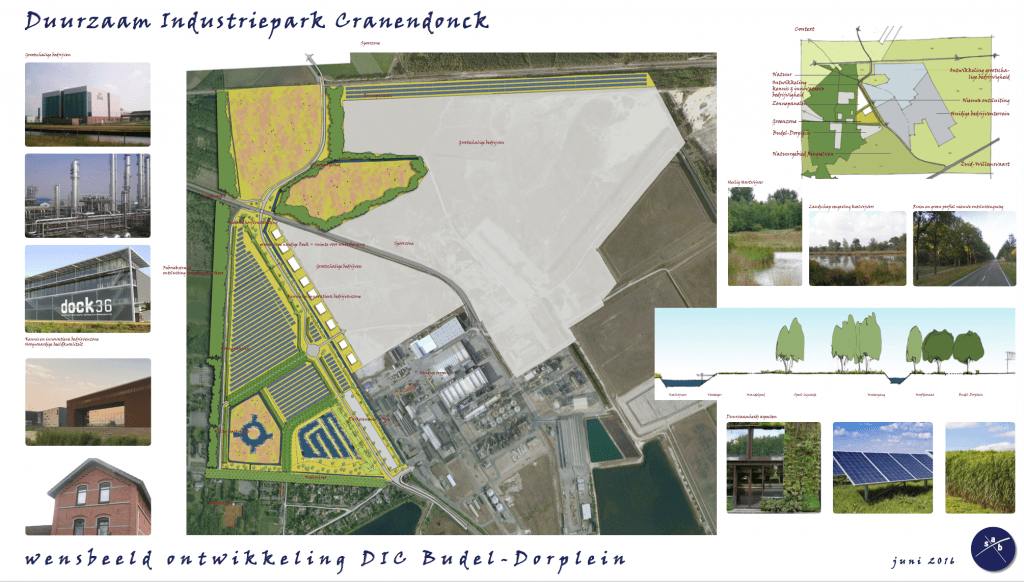