Lithai lives in the heart of the city center of Eindhoven and has invited us at his apartment. “I used to live in a student house and that’s was ok, but here I have my own space.” In Lithai’s apartment, you see lots of his designs and material studies. “I like to surround myself with what I make. Today I’m in a lot better position, than a couple of years ago. I had a difficult time to integrate and couldn’t get a job because I didn’t speak Dutch. Things have changed here in Eindhoven. There are a lot more internationals. Eindhoven is bubbling up and it is a good place to stay. The fact I now have a Dutch girlfriend, also plays a big role in staying here.”

“Coming from Tel Aviv, a very active city, Eindhoven is for me more quiet, but there is room for me and my friends to create events. One of them is Alvin, who was also in this series. With him, I organize hip-hop parties. The most recent one was at TAC and it was a success with all the different people together and not just DAE students. I also DJ at parties. When you are studying at the academy you tend to live in a bubble and interact only with fellow students, so it is a good thing to have parties and events where we meet other people. We get more involved in the Eindhoven community, this way.”

Lithai is in his last year at the academy and wants to graduate in January. “I like to work with my hands and also work on solutions for current affairs. I used to think that liking those two things was a problem and teachers said I needed to focus. But I decided to smile and wave, and take my own path and do both. One of my graduation projects is more about design and art. And the other one is about Israel and Palestine. With activist and non-activist I talked about the grey area between us. Palestinians sometimes have more freedom than Israelis. I want to 3D scan places at the border and teach a Palestinian to scan the wall on the other side where I can’t come. With the scans I want to make a virtual reality experience so Israelis and Palestinians can see and walk on the other side for themselves.” 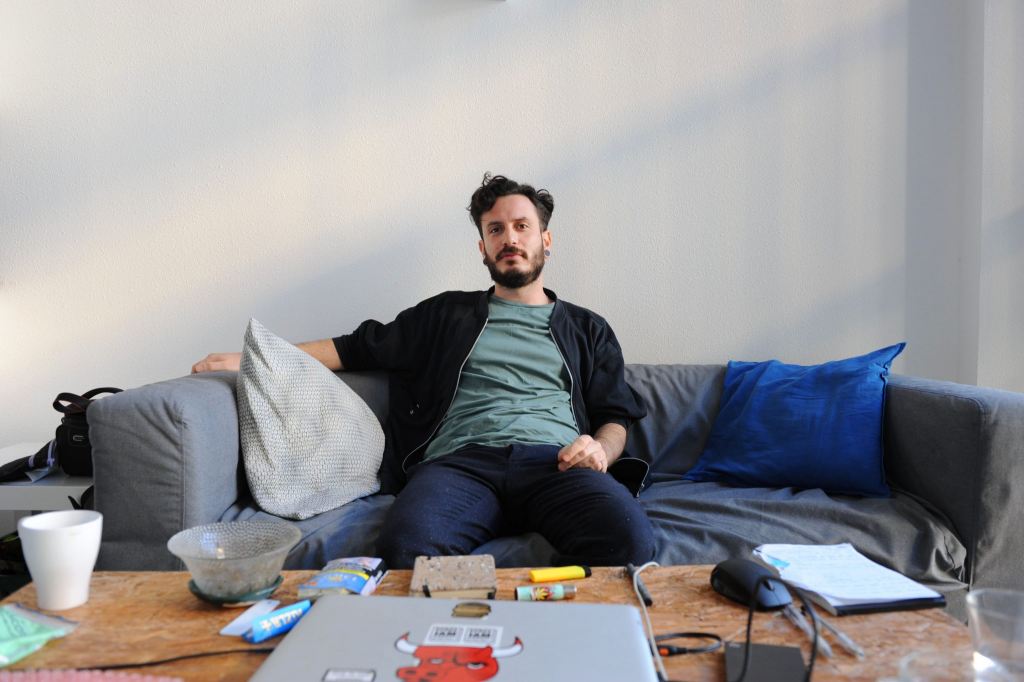 “I come from a  liberal education, I don’t take sides. I’m still learning, because so much information is not public. I want to tell the story of the people. And if people say it is impossible, then I’m more eager to do it and bring them to places we are not allowed to come. This could work and start the dialogue everywhere where there are border issues like Mexico and the US and in eastern Europe. When it comes to design, people in the Netherlands appreciate both product design and conceptual design. I get good reactions on my VR-project. I was used to building a design from the ground up, but I’m now learning to outsource the fabrication of products. I don’t want to design for the 1%, I want to design for everybody. Not every project has to be a statement, sometimes it is just practical.”

The sun points the way to a sustainable chemical industry

Walk around in shoes with sensors to diagnose degenerative diseases

Audi no longer sees a future in hydrogen-powered cars