Jutta warned us in advance in an email: “My house is still quite empty at the moment, but of course you are welcome.” And so we ring the doorbell on the morning of the interview. When we enter the living room we see what Jutta means. Yes, there isn’t a lot of furniture yet, but that doesn’t matter at all. With a cup of herbal tea, Jutta starts to talk about her life in Eindhoven. “We almost live a year in this house and we have spent quite some time on remodelling. It’s going steadily, but a lot has already been done.”

“I came to Eindhoven in August 2009 when I just finished secondary school. A couple of years before I attended a career and study convention and at the stands of the physical therapy educations was also Fontys Hogeschool with their education in English. At that time I didn’t feel the need to go and study abroad. Since I was fourteen I knew I wanted to become a physical therapist. In Austria, you do a ferialpraktikum when you are in secondary school. It is like a paid internship of a month. My father is a doctor in a hospital and through him, I came into contact with a rehabilitation department and there I first became acquainted with physiotherapy. I was immediately sold. It’s nice to teach people how to deal with pain and help them with their complaints.”

“In the end, I registered with Fontys the last day that I was able to do so. Very soon after that, I was in the Netherlands. Fontys gave the option that they would arrange housing and I chose that. I, therefore, shared a nice apartment with a fellow student and more fellow students lived in our street. Student life in Austria is different than here. Students usually do not work next to their studies and if you study at an open university you do not pay a tuition fee. I became very independent here and next to my studies I worked at bouldering hall Monk. Meanwhile, I am working on a Master orofacial physiotherapy in addition to my job because I want to specialize further in my profession.”

“The Netherlands is progressive in the field of technology, but maybe that shouldn’t be the most important”Jutta Prünner, Physical therapist

“The nice thing about the group of people I am treating is that they are not athletes, but mainly women who care more for others than for themselves. Complaints to the head or neck are not only caused by physical exertion, so it is up to me to ask my clients about their lives. People sometimes do not realize what impact events have on their bodies. And the Netherlands is busy. If you are a bit different from the norm, you have a problem. The Netherlands is progressive in the field of technology, but maybe that should not be the case. There needs to be more attention for the human side. I see in my work what people have to face in their daily life. A somewhat less hectic society would be good for many people.”

“Monk has meant a lot for my life here. I climbed as a child already and the first time climbing at Monk was super nice. The second time I had more trouble with it and yet I continued to do it. Later they asked me if I wanted to work there. For a long time, Monk was my safety net in Eindhoven, a kind of family. It really does not matter who you are there unless you are antisocial. The people who come there are very diverse, but it is striking that they are often smart people. And very many creative people, that is also something I noticed. Years ago we were only there with a few women, now there are many more. The sport has become much better known and you can also see that in the number of members. It continues to rise.” 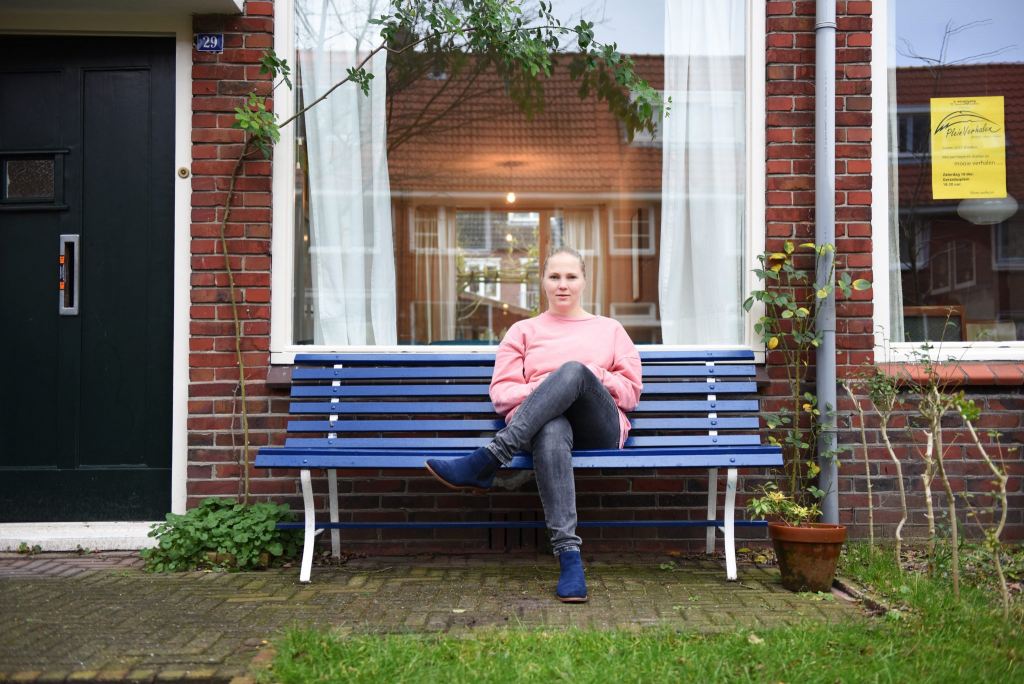 “In my spare time I like to be outdoors, but especially together with my boyfriend. And if the weather is better, I like to sit on the bench in front of our house. As soon as the sun shines in the Netherlands, everyone goes outside. And I like to have a glass of wine with friends, often at someone’s home. I really like to eat and then preferably go to Coco on the Kleine Berg. There you can sit cosy and it is small. What I miss are restaurants where you can eat something quickly. This can be done easier in Germany and Austria. I also have a recommendation for the readers: pizzeria La Vita è Bella in Woensel West. They really have the best pizzas! It is not hip and chic, just relaxed.”