Last Wednesday, the Academic Awards were handed out to the researchers of the TU/e who wrote the best thesis in 2016. The winner in the category, best dissertation, was Jaron Sanders. He graduated from the faculty of Mathematics and Informatics with the thesis ‘Stochastic optimization of large scale complex systems’. He talks about his research into the optimization of complex systems and about his experiences in Eindhoven.

What does your research involve?

“There are many complex systems in our world, for me they are systems where particles that interact with each other have local interactions which lead to complex, system-wide effects. This makes the mathematical analysis very challenging. Then you can question how that works mathematically, and how you can improve it. That is, in general, what my thesis is about. Specifically, we study models of different systems that will be recognizable to many. The models that we look at, for example, work for finite element systems, but also for wireless networks and queueing systems. My thesis focuses on general results that are widely applicable, including in those systems.”

“Queueing systems comprise of servers and customers who arrive and then either wait or get served immediately. The more servers you employ, the shorter the time the customer has to wait, but the more expensive it is. I have been looking at queues that you can critically scale, because there is a special mathematical regime in which a queue can become very large and at the same time, very economically efficient for both the client and the owner. This is done by sensibly choosing how many servers you take on.  We took that as a basis, and in addition, I have, for example, been able to class a control algorithm. This answered the question of whether we could not be even more practical in deciding if we let customers in or let them wait, when we have a very large queueing system that works according to those very efficient economic rules. This allows us to influence the probability of waiting as well as minimizing the costs for both the customer and the system.”

“For me, Eindhoven has always been my city, you see that recently it has grown tremendously and is becoming more interesting, also in the cultural sector.”Jaron Sanders, Winner Academic Awards 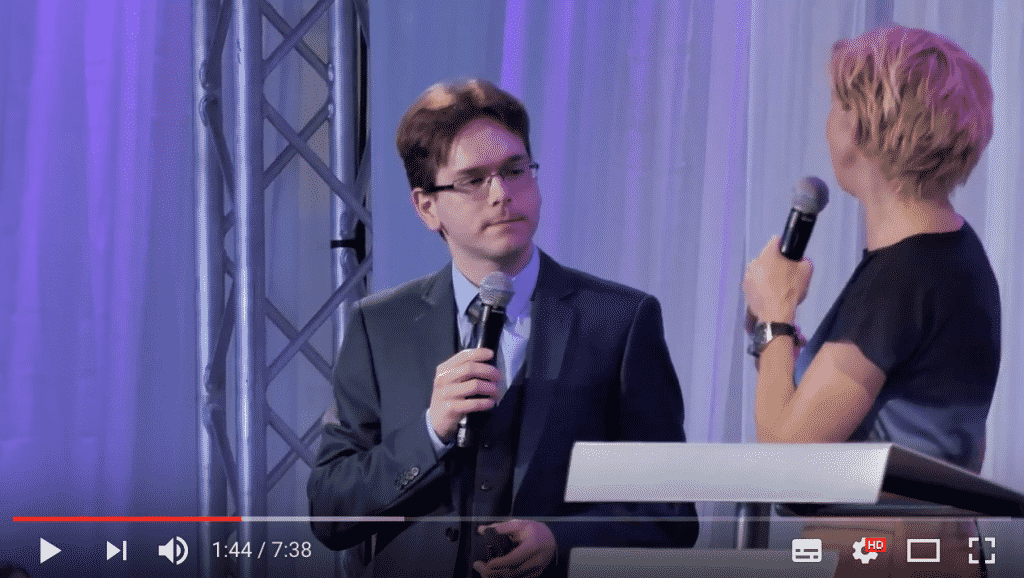 Jaron Sanders
TU/e
Quantum gases
Another significant topic that I have been looking at is whether you can apply these kinds of models elsewhere. We did this by looking at certain problems in physics. We knew, of course, of an ultra-cold gas in which these particles had mutually interacted, which seemed as though the interaction takes places between channels in wireless systems. I am going to research whether our improved algorithms and mathematical analyses could also be applied there. This is particularly interesting because this gas is being studied by researchers who are working on developing a quantum computer.”

Eindhoven
I am originally from Eindhoven and I have always lived there. I completed my Bachelor of Physics and my Master of Physics and Mathematics there. After my studies, I did a PhD in Mathematics, and now I have been working as a postdoctoral researcher for the past 18 months at the KTH Royal Institute of Technology in Stockholm. For me, Eindhoven has always been my city, you see that recently it has grown tremendously and is becoming more interesting, also in the cultural sector. There is more to do and there are many events, which is also great for all the researchers who are not from Eindhoven. I always liked studying at university, there were more and more international students, and that was really social, the cultures that met one another. The high-tech region is also really interesting, there are a lot of R & D internships and jobs.

Why Stockholm then?
If you really like research, then you need to need to also build up a CV with foreign experience, and I have always lived in Eindhoven. Besides that, I also wanted to challenge myself. You go completely alone there, and that is quite exciting. I got an offer there and I could research what I myself wanted. That is not something that you can do with every research group, and that is very appealing to me.”