In three episodes, we put the spotlight on the Innovation Powerhouse, the new headquarters of VanBerlo at Strijp-T. In August, the internationally operating design agency is moving in there, with which the old power plant enters its fifth phase. Today an interview with the initiator, Ad van Berlo.

Read the other two episodes here

Coal was the first raw material for the power plant that was built on Strijp-T in 1953. After that came oil, gas and waste. But Van Berlo has found a better base in the meantime: from August on, innovation will be the source of the energy coming out of the power station. Ad van Berlo, the founder of design agency VanBerlo, has been the driving force behind the creation of it since 2011. The power station is currently being transformed into a modern business complex by Atelier van Berlo (directed by daughter Janne van Berlo), Eugelink Architecture and De Bever Architects with respect for the past. The biggest obstacle – the removal of the 1950s asbestos – has long been over and everything is on track for the opening right after the summer.

“We are challenging the architects to extremes to visualize our vision.”Ad van Berlo, Founder VanBerlo

VanBerlo is not intended to be the only user of the Powerhouse. But a shared use does of course demand a clear choice from the parties that fit logically in that concept. Ad van Berlo has been busy talking to several companies for months, but he is strict in the selection. “They all have to be entrepreneurs who are, just like design agency VanBerlo, working to promote innovations at other companies. They can be our partners, but they don’t have to be. The goal is to create a living lab for design, architecture, hardware and software, finance, big data, patents, those sort of disciplines.” But it also has to click on the human level. “The Innovation Powerhouse community has an open culture of working, eating and relaxing together. The companies are independent of each other, but share the faith in the joint power of innovation, for example through joint workshops, conferences, and lectures.” 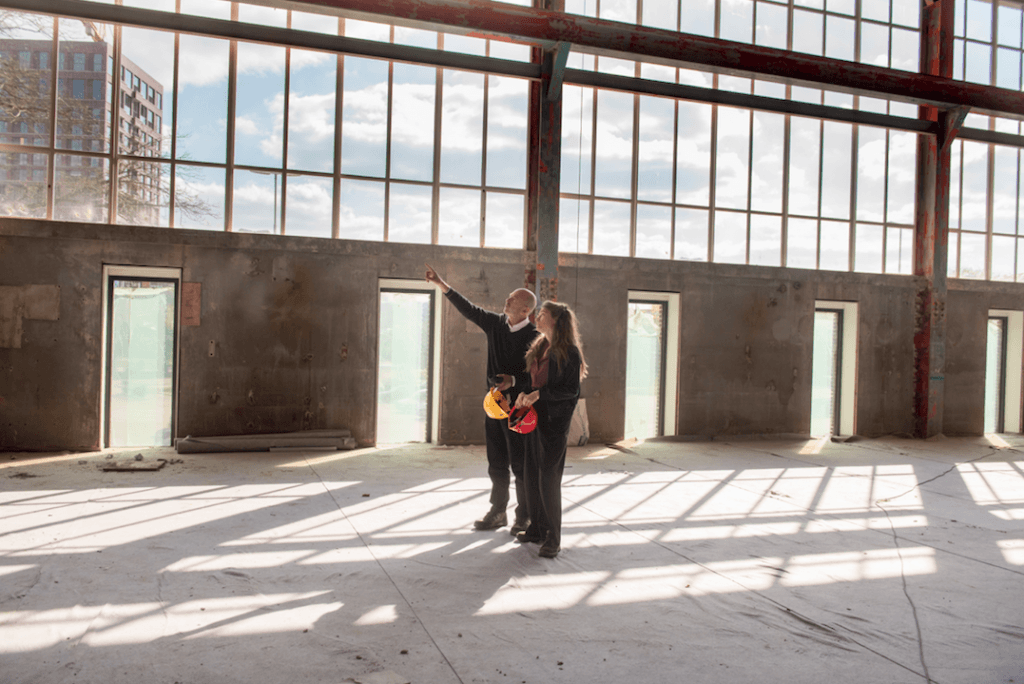 Van Berlo has given about thirty different presentations since 2011 – when the idea took root – to convince the stakeholders of the value of his plans. Successfully, because the municipality, for instance, turned into a fan. “Of course, the municipality also has an interest in the success of the Powerhouse, even if it’s just for the further development of Strijp-T. But I can only praise their role. For example by thinking about the required environmental permits.” Not only the municipality, but also the Van Abbe Foundation played an important role in the lead. “There had long been talk of breaking down the power station. But because of their emphasis on historical research and the consequent appreciation of the building as a city monument, they have really helped us.” 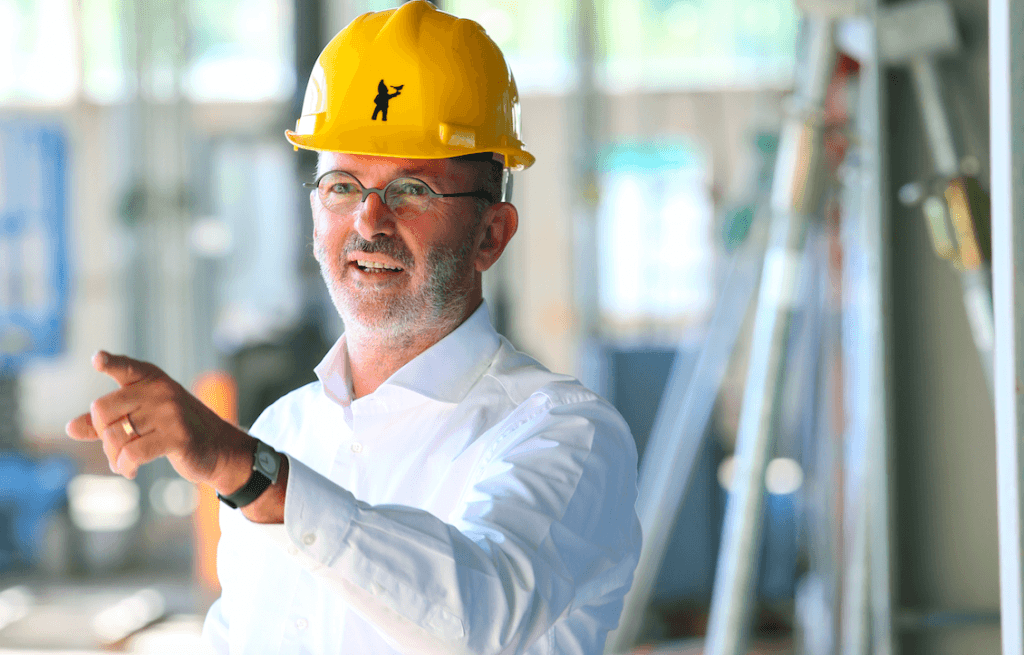 Van Berlo: “Our vision for the Innovation Powerhouse is a combination of thinking, doing and making, this theme is reflected in the three layers of the building. That demands a whole lot of the architects, by the way, because we challenge them to extremes to visualize our vision. Normally an architect is totally in the lead and the client waits how it will be delivered, that is clearly different in our case. And it has to be like this because you only feel the added value if every part fits the concept.”

Now that this new phase of the power plant starts, the original design of C. Last from 1953 can finally be made righteous. Because who stands in front of the building, sees that the building isn’t symmetric. Architect Janne van Berlo, Atelier van Berlo: “That was originally the intention. The last two grids were never built because during the introduction they turned out to be unnecessary for the generation of energy. Inspired by the original drawing of C. Last, we have put these two grids in a beautiful open steel structure with vertical outside garden.”