Recently the e52 High Tech Piek Awards were presented to nine people who made a significant contribution in the high tech arena (or from whom we expect great things in 2016).

The award titles bespeak a holiday theme, with one “Piek” award (a typically Dutch Christmas tree-topper with a pointed shape), four “Star” awards, and four “Knallers” (firecrackers, or as we like to call them: Blasts).

We’ve been talking to each of the award winners, and featuring one every day.

In 2013 students of the TU/e Solar Team developed the first family car powered by solar energy, called the Stella. With Stella the team won the World Solar Challenge, which takes place every two years in Australia. Last year, TU/e students built a successful sequel to this solar car, the Stella Lux: faster, more efficient and more comfortable. The new and improved car won the 2015 edition of the challenge in Australia and gained a lot of attention worldwide. Recently the team traveled to China together with NXP to talk to interested parties over there.

“When we first developed Stella in 2013, the idea was to build a solar car which is both efficient and comfortable. A vehicle that fits your whole family. That was something completely new”, says Stella alumnus Wouter van Loon. The success of a family car powered by solar energy has continued this year. A new team improved the car and brought it a step closer to the consumer market. 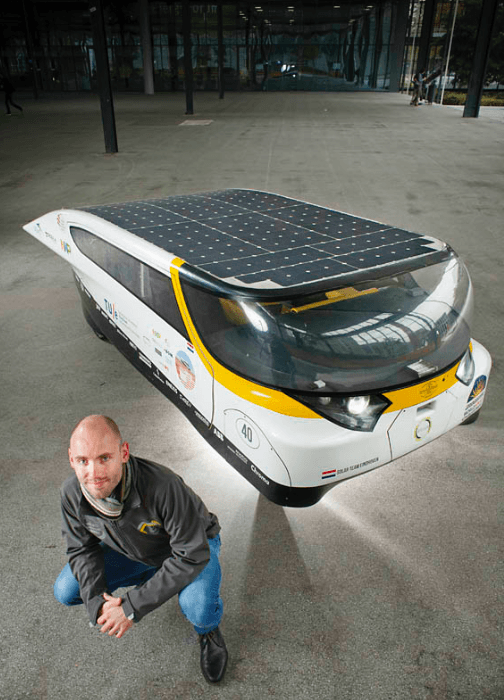 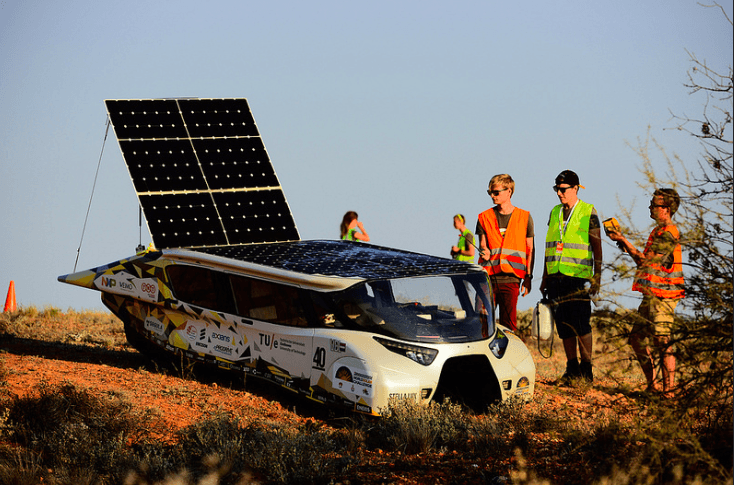 “She”, as Van Loon consistently calls her, can drive a thousand kilometers in the Netherlands on a sunny day without charging – thanks to the 381 solar cells integrated on the roof of the vehicle. The car can accommodate up to four people and was designed to be extremely light by using materials like carbon fibre and aluminium (she weighs around 375 kilograms). The tunnel which runs through the center of the car plays an important role in the aerodynamics and makes it consume as little energy as possible. For the driver there are some interested gadgets used in the interior, such as the LAYR: a touch screen with haptic buttons. The great advantage is that you don’t have to take your eyes of the road to operate it. 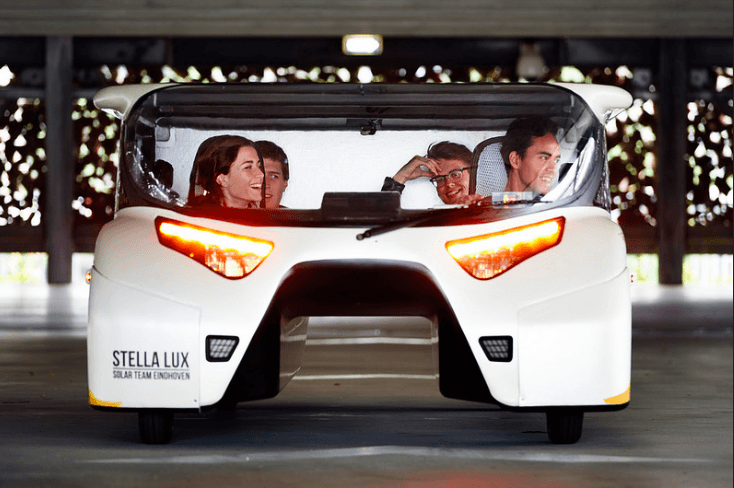 “It’s not just about speed”, explains Van Loon when he talks about how to win the World Solar Challenge. Stella Lux took part in the Cruiser class. “Here the jury also looks at efficiency, comfort and the number of persons sitting in the car.” It was exactly with this combination of parameters that Stella Lux excelled: she beat the competition driving an average of 70 km/h with two passengers and being a smart and beautiful designed car. 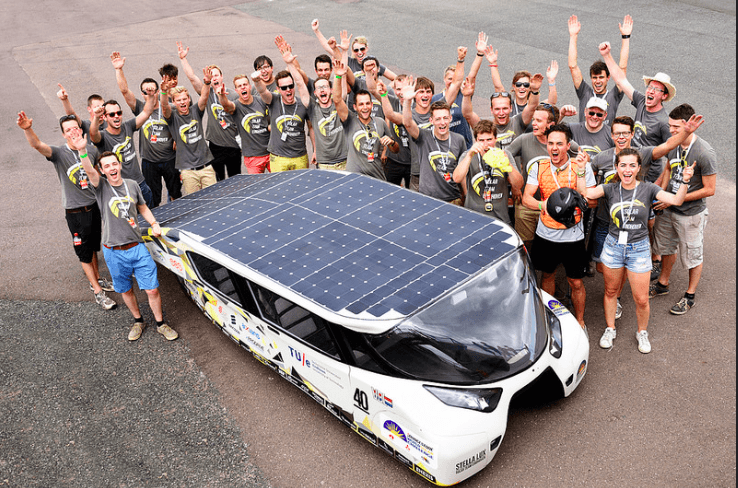 After winning the World Solar Challenge in October Stella Lux has received a lot of international attention. The TU/e students toured through China at the end of last year, where first discussions took place on how to take this innovative family car into mass production. This is why China is interested in the solar car from Eindhoven.