Group of Austin, Ghent and Göttingen scientists on the verge of neutralising new coronavirus

The Covid-19 coronavirus outbreak is officially a pandemic. But history has taught us that it is precisely at those moments that mankind comes up with creative solutions. Innovation Origins reports about this every day in the Dossier Covid-19.
Read all stories here

With a single domain Coronavirus antibody, a group of researchers from Ghent, Austin and Göttingen claim they might have inched ahead in the global race to treat and prevent infections by the SARS-CoV-2 virus currently wrecking the world. The researchers are hopeful, but also warn that “it will take at least nine months until we can produce the antibody on a large scale”. The group says the findings are “somewhat similar” to those published by a group of scientists from Erasmus MC and Utrecht University last Saturday, but would be less complex to produce.

Scientists at the University of Ghent’s Centre for Medical Biotechnology and the Flemish Insitute for Biotechnology (VIB) in cooperation with colleagues from the University of Austin in Texas and the German Primate Center in Göttingen say they had successfully neutralised a laboratory version of the new coronavirus by preventing it from attaching onto human cells.

“We found a single domain antibody, the first of this sort, that neutralised the virus in a peculiar way,” Professor Xavier Saelens, a virologist and microbiologist at VIB and Ghent University who is spearheading the Belgian team, told Innovation Origins today.

Preventing the virus from attaching

Coronaviruses are RNA viruses that typically enter human cells when their glycoproteins in the shape of spikes bind proteins on the cell surface. In the case of the virus that causes SARS, that human protein is angiotensin-converting enzyme 2 (ACE2). Scientists think the novel coronavirus uses the same entry point, informs the American Chemical Society.

“Our antibody prevents the virus’ spikes from attaching and entering the human cell. This is why we say the virus is neutralised,” explains Professor Saelens.

The team is now preparing to run the novel technique in vitro on a live variant of the virus in a special laboratory at the Rega Institute in Leuven that has the required biosafety standards.  Professor Saelens estimates his team could extrapolate relevant data from the Leuven testing by the end of next week. “It is important to demonstrate our technique on a real virus. Maybe the live virus will be more stringent, but I still expect it to be neutralised,” he adds.

The ultra-safe Rega institute was recently commissioned by the Bill & Melinda Gates Foundation to feed 15,000 molecules with cells and a sample of the new coronavirus to examine whether any of the mixture’s molecules can slow down the virus’ activity and pave the way for potential drug treatment, as reported by the Brussels Times.

However, this research is unrelated to Professor Saelens’ study. “I hope they will find something, but I am not very confident about it,” he commented.

Faster protection for all still months away

The team around Professor Saelens caution that their discovery would not amount to a standard prophylactic vaccine that is used for classical prevention purposes. These vaccines take a part of the infectious agent which provokes the body to come up with an immune defence that can, in turn, combat the infection.

The Belgians are currently working on a “passive vaccination” method that provokes no immune response and is faster than the typical “active vaccine”, Professor Saelens explains. “Eventually, we could inject a well-defined protein that would provide instant protection. The effect of a classical vaccine can take up to several weeks to come.”

This rapid defence could lend much-needed armour to medical staff while allowing them to get back to work almost immediately after being infected. It could also bring forth effective relief to older patients, who are particularly threatened by the coronavirus and are often less responsive to standard vaccines.

“We favour prevention, but we cannot exclude therapeutic effects. A prophylactic vaccine would probably carry a smaller dose of the antibody compared to a therapeutic one. But we still don’t know the exact dosage,” Professor Saelens says, adding that “it will take at least nine months until we can produce the antibody on a large scale.”

The Belgian team’s discovery came almost hand in hand with a scientific paper published by ten researchers from the Erasmus University Medical Centre in Rotterdam and Utrecht University in the Netherlands. The group claims to have found an antibody that may help detect and prevent the Covid-19 form of Corona infection.

According to Professor Saelens, his results are somewhat similar to the Dutch outcomes. “They targeted the same part of the virus. Their antibody molecules are different, but they can still have the same effect. However, their antibody appears to be more conventional, and perhaps more complex to make.”

EU awards three start-ups with €50,000 each to reduce plastic waste

Tomorrow is good: Innovation is investment

Saxion wants to build a drone that cannot only see and hear, but touch and grab things as well 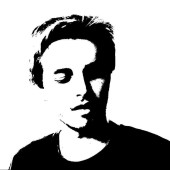