BLOB the Bulb is one of the highlights of GLOW Eindhoven 2017. The building of the BLOB – or Binary Large OBject – is located in the heart of Eindhoven and is renowned for its futuristic design and unconventional shape. The light art installation projected on the Blob is a tribute to The Bulb –  the incandescent light lamp, history of which is inextricably interwoven with the history of Eindhoven. E52 meets one of the creators of this light art project– Jan Fabel. Our meeting point is “Usine”, the former home of light bulbs in Lichttoren.

“Blob the Bulb” is Jan Fabel’s first project for GLOW. Normally his company creates business events involving light projection on wide screens and different surfaces both indoor and outdoor. As he says: “I am not an artist in a way you are expecting an artist to be.”

Jan Fabel was not the only person involved in the creation of Blob the Bulb. “You cannot do art light projects alone. It was my idea but to realize it I cooperated with the people who could build them because I am not a computer graphic artist, I’m a storyteller. And you need to cooperate with people who are not far away from you in terms of how you think about visual things. Dirk van Poppel, who did the drawings, is very good at making skins – the surface of a shape in design. In the software, you make a wireframe shape and you put a skin on it and then it is an object. We tried what kind of skin would look great on the Blob, so we tried triangular shapes, lightning, and 3D effect. We considered the Blob to be some kind of magic factory trying to create bulbs. This is a bit of the idea behind it.”

Fabel spent 40 years of his life in Eindhoven and has lots of warm feelings for the city because he grew up here. As he recollects: “When I was a child, everybody worked for Philips, Philips was all over the place and the whole city was Philips: even the supermarkets, the stadium, and a cultural center. This influences you when you grow up in a place like this. And as long as we work a lot with light, it’s very nice to have the opportunity to give something back to your hometown.”

For his light art project, Fabel chose the location closely associated with Philips and light bulbs. “This place, Lichttoren, is very special because it was always a beacon. From anywhere you could always see its tower; it used to have lots of light. It was a test facility for Philips and the bulbs were produced 100 meters away. We wanted to make a tribute to the bulb, and when we had an opportunity to use the Blob as a screen facing the Light Tower and all its history, for us it was not difficult to conceive the concept for a show with light.”

The bulb was a starting point for creating the concept of the light art project. “We bought 20 light bulbs and tested the sound by clinking them and looked at their shape. The idea was that the round shape of the bulb would exactly fit into the Blob, so at the end of the film you can see the big bulb.”

However, working with the Blob also meant facing several challenges. First of all, a 3D model of the Blob was required but it was not so easy to find. “We had a few 2D drawings from the municipality but we could not predict the 3D from them. And after a long journey, I got a contact with the architect, Massimiliano Fuksas, and he sent us his original design file that he used to build this thing. We were very happy because now we could put this file as a 3D object on our screen, so we could walk around it, fly over it, see it from all sides and we were able to make a design based on this 3D shape. And as you see it worked!”

Blob’s unique surface was not the most convenient to work with. “Triangular shapes, which Blob is made of, are very difficult for the computer design because computer works with square shapes, such as pixels. The technique has so much developed that now it is possible to “glue” the projection to a surface. Normally you have an image projected on the flat screen and because it’s flat, it’s sharp all over the place. Now, with the software, we can program the projector to put the light anywhere we tell it to be. So if you have a shape like the Blob with all the holes in it, you can tell the projector to make a sharp image also in that hole. So triangle by triangle we “glued” the light onto the shape. Our colleague came here, he had our file with the complete shape and he split it up into 650 triangles and he stuck every triangle individually on the Blob. It took him the whole night to do that.”

Making “Blob the Bulb” required lots of manual labor as well. As Fabel says, “The main problem was with the Blob’s windows because they are made of glass and light does not “stick” to it. If you don’t cover the window, you can see no image on it. We covered the windows with foil and that was half of the job because it took 5 days to put it on. That was a big challenge. I talked with several parties before I found somebody who would dare to do this because the windows are too big for the standard rolls of foil and you have to take the rolls up there, measure and cut them many times to cover the whole surface of the window. The foil is removable, so when the GLOW is over we will just peel it off with no traces left.”

Light art projects production takes not only a great deal of creativity and hard work but also advanced technology. As Fabel tells us: “Without the development in the industry of shaping, projecting and mapping the video it would not have been possible to project on the round surface or design an image with real 3D. It is difficult to make the real 3D effect visible from all the points around the object. But there are so many people here to look at the effect that we used the fly-by animation to test the design – in your software you put your building as an object and you tell your camera which makes the image to fly around the building and with this design we could predict the possibilities of 3D.”

And of course, the light sources used in “Blob the Bulb” installation are very sophisticated. “We have 6 projectors of 23 000 ANSI lumens. What you see here (in Usine) is maybe 800 ANSI lumens and what we do on the Blob is altogether is about 138 000 ANSI lumens, which is a lot.”

Jan Fabel does not have too much nostalgia for the bulb. “It’s logical that the bulb becomes extinct because the world is changing and you should always develop things that make your world better. The bulb is definitely away. But because of its shape and its meaning for this city, it’s nice to have a nostalgic view on it combined of course with the shape of the building, because Blob is also a part of the design.”

Surprisingly, the Lichttoren is a part of light projection design as well. “Wherever you stay looking at the Blob you can see a bluish light, even if the projection is off. That is the neon “Philips” on the top of the roof. It reflects on the Blob. In the end of the act, when the big bulb becomes visible, the blue of that reflection is exactly in the middle of the bulb. So they meet and connect – like the present days of Eindhoven, which is the Blob, and the past, which is Lichttoren building. With the technique of today, partially developed in Eindhoven, we can pay this tribute in this way. New meets old and we use the new light to show the old one.”

“We considered the Blob to be some kind of magic factory trying to create bulbs.”, 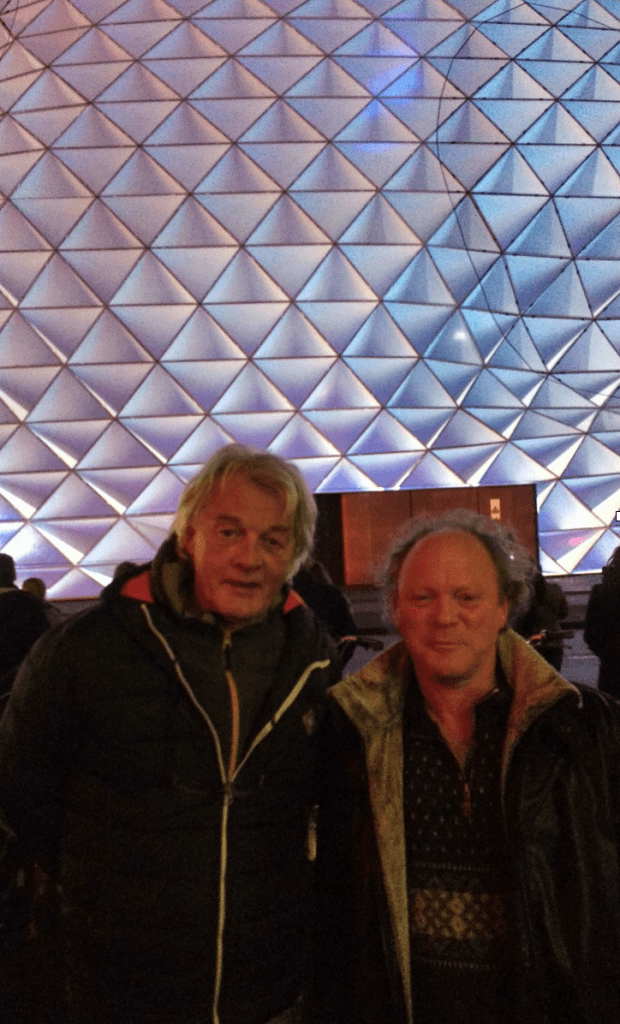