Innovation Origins will be joined by a new columnist this weekend: Floris Beemster (43) is an expert in the field of urban innovation and Germany. Beemster is working together with colleague Sophie Vaessen for the Dutch consultancy firm APPM in Berlin towards “a more beautiful Germany”.

In Germany, APPM acts as an independent expert on smart and sustainable mobility for public and private clients. For instance, improving the accessibility of cities, organizing shared mobility and recharging infrastructure for electric transport. Once a month, Floris will report on his experiences for Innovation Origins. 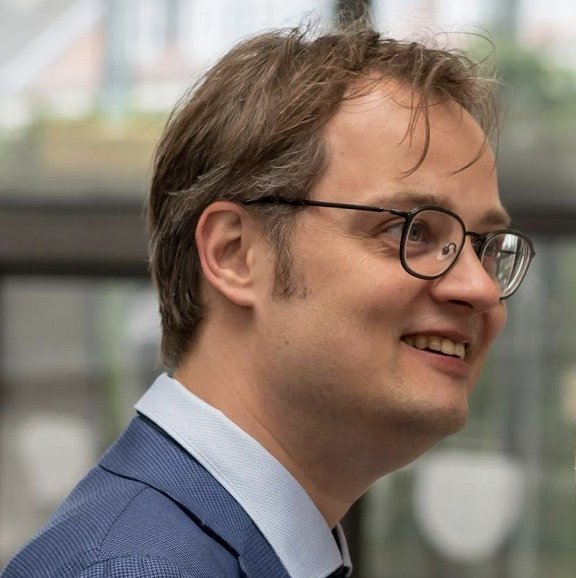 Is Germany going to be a new experience for you?

No, I’ve een familiar with Berlin and Germany for some time now. The first time I settled here was in 2001 when I studied philosophy of religion. Then I went back to the Netherlands and initially organized international relations for a political party and then went on to focus on urban development for the Amsterdam city council.

This led me to delve more deeply into housing market themes and mobility. Among other things, I advised Amsterdam’s city councilors on how we could get more done at government level. It was about issues such as: How do we keep the city livable for us and our children? And what kind of creative, new concepts are we able to use for this?

During that whole time, I was in Germany on average twice a year for longer periods and often in Berlin. That was until six years ago when I was able to get back to working there for the city of Amsterdam through an exchange project with the city of Berlin. There was a great deal of interest there in the ways in which we approach particular issues in the Netherlands.

What kind of things?

That was quite varied. Two clichés stood out: mobility and making the city bicycle-friendly. But it was more wide-ranging than that. If you want to put a general label on it, it was about various insights on the interpretation of urban and public space.

To cite one example: In the Netherlands we are quite pragmatic when it comes to the use of public parks. If there is a festival where money is to be made, then Dutch councils have no problem at all with temporarily closing that park to the general public and only allowing paying public in. The situation is different in Germany. The reigning principle there is that a park should always be open to everyone and everything. Perhaps we in the Netherlands think too commercially too often, whereas in Germany they could do with doing that a bit more.

In fact, the theme of the participation of stakeholders came up again in all of the projects. The Germans think that we are better at dealing with this facet.

How did you end up at APPM?

After having worked for a year and a half ’embedded’ with the city of Berlin and a year and a half as an ‘Amsterdam squatter’ at the embassy in Berlin, I became self-employed and continued to organize the exchange of know-how for a number of regions and the Dutch creative industry in Germany. That had a lot to do with cities like Berlin and Munich. Together we organized a number of missions to South Germany for Dutch regions and vice versa for German regions to the Netherlands, particularly in the areas of mobility and creative industries.

All in all, that was a great success. The ties between the Bavarian parties, Munich and the Utrecht and Amsterdam regions have been strengthened through various projects, including two festivals. I regularly came across APPM in these projects. They wanted to become active in Germany and venture into that huge neighboring country. I saw what a very appealing and ambitious company APPM is and immediately sensed what they needed. On top of that, I already wanted to work more concretely on spatial challenges in Germany. One thing led to another and next week we will open our new office in the Euref ‘future campus’ in Berlin.

What kind of projects will you be working on?

First of all, we will focus on something we are good at in the Netherlands, namely developing urban concepts for e-mobility and cycling in cooperation with German partners. And especially cross-over mobility concepts. For example, we are now in the middle of our first two tenders for two cities, and hopefully I will be able to tell you more about this in my columns in the next few months. And of course I hope that a lot of other things will come our way. There are many opportunities in Germany and we would like to take them on board with a dash of Dutch creativity.

This weekend you can also read Floris Beemster’s first column in Innovation Origins.