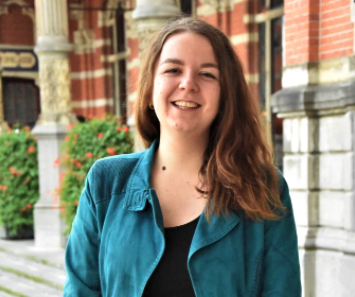 Unmanned grocery stores, operated by a phone application, are beginning to flood rural areas of Sweden. The stores of Lifvs are open 24/7, after a quick identification, the customer has immediate access to all products. With the virtual key, a maximum of two people can enter the store. Can shopping be based on trust? Bank ID might be the key.

After creating a profile on the Lifvs app, giving my name, address, and a valid card I can go do my groceries. I unlock the entrance door with a simple push of a button. I scan every barcode of every item I want to buy, then the money is automatically deducted from my card. Lifvs will send me the receipt in an email. And what if I don’t scan some items?

“When it comes to shoplifting and vandalism it’s important to stress that we placed the stores in villages of around 1000 people. Everybody knows each other. 999 of those people are so happy that they have a store where they live”, says Daniel Lundh, the co-founder of Lifvs.

The inspiration to set these stores up was a process that took place in Sweden in the ‘90s. Lundh mentions that historically retailers in the grocery industry started to build big stores like Target and Walmart in the US, while local stores were forced to close lacking the ability to make ends meet. “In Sweden, more than half of the number of stores were closed. Rural areas were left without any grocery stores”, says Lundh.

Evertsberg is, for example, a village of fewer than 300 people. Before establishing a Lifvs store there residents were compelled to take a more than a 30-minute drive to the closest supermarket in Handlar’n.

Implementing technology solved the problem of sustainability for the stores. By not having to pay the staff, stores could remain profitable. The container-based Lifvs stores are easy to relocate, so the company doesn’t have to worry about pricey long-term leases either.

Identification and sharing data are nothing new to the Swedish. “Sweden has become very digitized in everyday life with apps like Swish and BankID, so people are almost required to have a level of technical knowledge if they want to live comfortably”, says Juan Jose from Sweden.

Bank ID is part of Swedish people’s lives. According to their website in 2020, it has 8.5 million users including 98.7% of the Swedish population between 21 and 50 years old. It’s an electronic identity document comparable to passports or driving licenses. It allows companies, banks, and government agencies to authenticate and conclude agreements with individuals over the Internet.

There is a discussion about to what extent companies are collecting data. For the people who identify themselves with BankID, there is nothing new in the Livfs app. “They probably identify themselves 10 times a day making other errands, like shopping online or buying a bus ticket,” says Daniel Lundh.

The mechanism of operation of the application is similar to when we visit a website and allow cookies. “We collect data so that we can help you better to your next visit. So if we pull data that says that it’s a vegetarian we will never send you coupons about meat. Meanwhile, in regular stores, you get coupons on things you actually don’t need,” says Lundh.

According to the statistics mentioned by Forbes about Scandinavia, more than 90% of its population is using the internet daily. Compared with nations like India, Indonesia, and Pakistan where this rate barely hits 20%. In Europe, Sweden is without exception always in the lead when it comes to digitization.

Digitization is taking place on a completely different level in Sweden compared to areas already in the world. The process is simpler, more dynamic, it goes without saying.

Åke Grönlund, a researcher and expert, says that the development towards electronic services and electronic IDs – similar to the Bank ID – already begun in the mid-1990s. “Sweden also has a long tradition of having ID cards being issued and distributed by private organizations, mainly banks and post offices, containing personal identification numbers,” says Grönlund.

Asking Swedish residents if they would be willing to share their data with Livfs in order to do their groceries paints a clear picture:

Is it the case of the well-mannered Swedish versus the hooligan tourism?

The U.S. The Department of State has assessed Stockholm as being a low-threat location for criminal activities. However, “the notion that foreign travelers are immune to crime is a common misconception,” states the Department. The report also reveals that theft is the highest number of crimes committed, especially in major urban areas and around tourist attractions. But what happens in the countryside with fewer tourists?

As the saying goes: opportunity makes the thief.

Values left unattended or an empty grocery store can be just as tempting to steal. Stanton E. Samenow, a criminal behavior expert, found that shoplifters say things like, “Everybody does it,” “the store overcharges to begin with,” “the store won’t miss it,” “I didn’t have the money.”

“I shoplifted as a teenager for a few months until one of my friends got caught. Then I stopped”, says Joanna Helt from Sweden.

“I grew up in a very rural city with not a lot to do”, says Jakob Selander. “Teenagers with access to mopeds and nothing to do tend to lead minor crimes such as vandalizing, doing graffiti, running their vehicles on school grounds and destroying the landscape.”

The vigilant police report a relatively high number of crimes. The penalties are also much more severe than in other European countries. This is illustrated quite well by the case of Johanna’s friend. She was caught by an employee. “She was 16 at the time, so she was sentenced to pay a daily fine for 30 days. She also received a strike in her criminal record, which was removed after 3 years”, says Joanna.

The data, in this case, do not refer to the moral depravity of the given country, but rather to the capacity of the police. The more cases reported, the more mobilizable police officers. In many places, including England, the police need to prioritize.

A statement from Surrey Police said: “Increased demand, combined with the increasingly complex nature of criminal investigations and financial challenges have led to forces making difficult decisions as to how we use resources and prioritize our response to certain crime types or incidents.”

Therefore, the Swedish method, with identification with Bank ID, can be successful, experts say.

The BankID system – in combination with a 24 hours camera surveillance – provides greater security to the Lifvs stores than store salesmen and the police. “If some chicken is missing, we know who took it. We know who you are. If you’re going to a regular store nobody knows who you are”, says Daniel Lundh.

Sweden does want to do something about the climate, but: "We…
These projects put Sweden on the path to a circular economy
'When the pandemic hit, the whole world became our market…
Autonomous drone helps save the life of patient, first time…
Virtual reality tool to fight cancer
Post-traumatic stress reduced thanks to mobile app