To date, Yama never wanted to join this series with an interview. But after asking one more time, he finally said yes. “The reason to participate now is that I experience a discrepancy in the way we deal with immigrants and expats. People react differently when they find out I am a war refugee and not a highly skilled migrant. They are really surprised. I came here with my family at the age of eleven. My parents are highly educated and progressive according to Afghan standards and therefore it was no longer safe for us to stay. In the years I am here, I am proud that I can call myself an ´Eindhovenaar´. As a refugee it is difficult to really feel at home in your new country, but nowadays it is fine. Our family always kept the option to return always open. I still feel that I have to choose what I am: Dutch or Afghan.”

Yama is a talkative guy and during the conversation, he jumps through his stories faster than the weather can change. He has so much to tell he ends up in all sorts of sidelines in his story in his enthusiasm. “I started with the study Electrical Engineering, but I realized quickly I was not going to achieve major changes in the world if I pursued. I switched to Economics. During my study, the search for my identity was always present. I wanted to do something for my country of origin, so my focus was on how development cooperation can be improved. There is still a lot to be gained.” Curious about his roots, Yama drove the Silk Road to the valley of his family in Afghanistan after he graduated. “I lived there for six months and used my knowledge to improve the situation there. I built a school and a power station for 300 families. These kinds of improvements have so much impact. The leitmotiv in everything I do is to give something back to the country where I was born.”

“Aim for circular brain gain: bringing money, ideas and trade to the country of origin and vice versa, on the basis of equality”Yama Saraj, Entrepreneur

If Yama has something on his mind, he will get it done,  we can tell from his stories. “I call it the crowbar method. I wiggle for as long as it takes to get in so I can say my piece. I’ll get in. Maybe it’s my temperament, but sometimes I do have trouble with nuances. It is the Dutch directness, accompanied by the Afghan fire. Among other things, I am committed to increasing trade relations between the Netherlands and the countries where many knowledge migrants come from. In countries where the great minds leave to work here, a brain drain arises. But you can also turn it into a circular brain gain: bringing money, ideas and trade to the country of origin and vice versa, on the basis of equality. If you make a policy on it, both countries can get a lot out of it. For example, it already happens between India and Silicon Valley. The knowledge of design and tech in this region, combined with small and medium-sized enterprises and expats, can make a world of difference.” 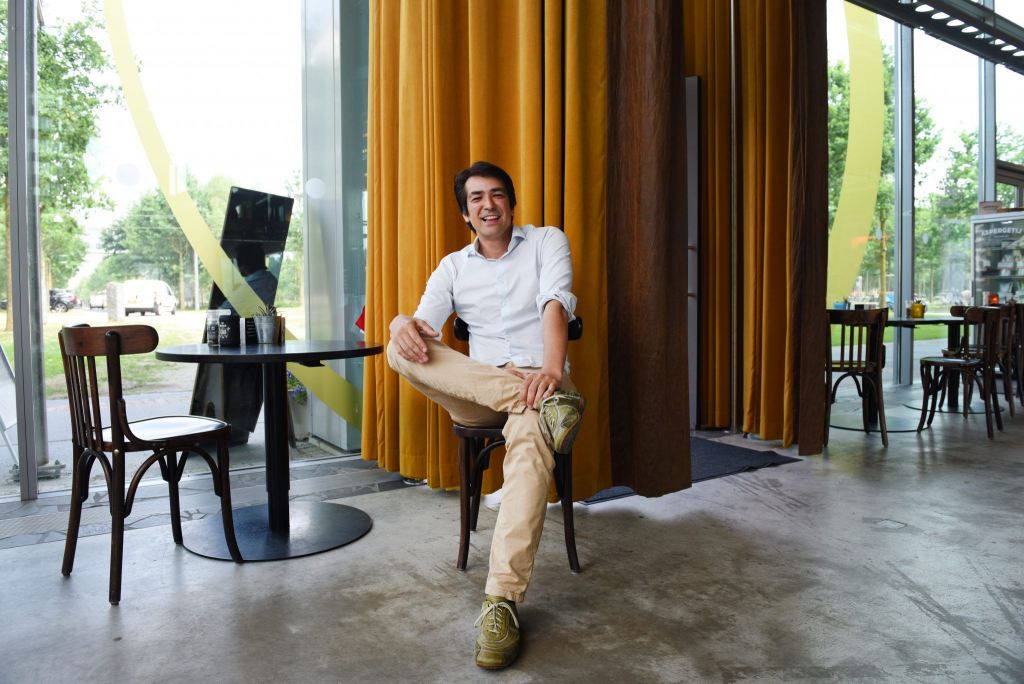 Last year, Yama was one of the participants at UNLEASH Lab in Copenhagen. Talents from all over the world came together to discuss solutions for the 17 sustainable development goals of the United Nations. This year Yama nominated Yvonne Boesten of High Tech XL to represent Eindhoven and she will be present at UNLEASH Lab in Singapore. “There are many good ideas, but sometimes I get frustrated that they are not being facilitated administratively. There, in the jungle of interests, good solutions come to a crashing halt. It is my mission to wake up the corporate world. Here in Eindhoven, it is pretty ok, people are willing to listen, but if you look at the ‘War on talent’, for example, organisation are afraid people will leave. Let people elsewhere be ambassadors for Eindhoven and when they return to the city, they will have renewed insights. Do not keep people and ideas to yourself. That is why I am so enthusiastic about the hackers movement and working open source where everything is open and transparent. Share to innovate.”