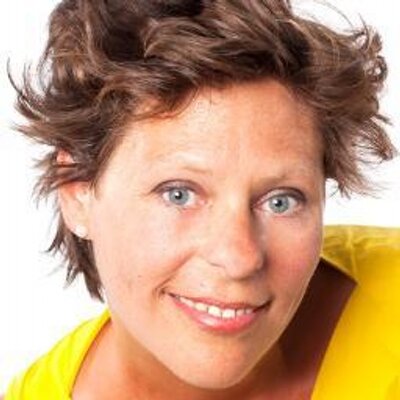 Salon du Bourget, the international Paris Air Show featuring the latest aircraft from the international aviation sector was canceled. Just like the Composites Fair in Paris, Semicon shows in Asia, Photonics West in San Francisco, the Hannover Messe, and many other fairs where the Dutch high-tech sector annually presents their innovations. Still, it was an enormously busy first half-year in 2020. After all, coordinating with exhibition organizers, scheduling new dates, and trying to cover costs already incurred took just as much time as organizing a physical exhibition. Until lockdowns worldwide provided a kind of clarity. But technological developments continued, of course. Content and time went to digital broadcasts as if real TV had to be made. And the efficiency advantage was: in one day you could meet with Singapore, and connect in Paris and in California.

Now that trade show presentations are becoming a reality again, is there technology news to report, worldwide? Yes. Because COVID-19 brought focus. Not only on the topic of health but also, for example, on climate-related topics such as sustainability. A lot of work has been done. For the second time, the Netherlands is in first place in Roland Berger’s Automotive Disruption Radar. Mainly because the Netherlands is a leader in electrification and scores well in tests with autonomous driving vehicles. Only South Korea is ahead of us in terms of charging infrastructure, as Korea already has almost 16 charging stations per 100 km of road.

Emission-free mobility is the goal. In Germany and France, the partnerships are in the pipeline. The Dutch aviation sector signed a Memorandum of Understanding with Airbus in early 2021, in which agreements were made to work on aircraft with lower CO2 emissions. The composites sector is contributing with lightweight materials. Work is also being done on aircraft with batteries for short distances, such as a flight over the fjords. And consider the possibilities around the use of hydrogen. Some tech sectors have spun yarns on the COVID-19 pandemic. If you wanted to buy a computer this year, it was noticeable that chips and parts were taking a long time to arrive because of the high demand for these products. It was a booming business for some in the Dutch semicon sector.

So soon you will be able to physically enter the international market again. But only showing innovative technology abroad and building international partnerships and networks is not enough. Then the Netherlands must deliver a good international story, indispensable innovations, and good products. After all, why exactly would people buy technological products from the Netherlands, or want to work with Dutch people?

In 2013, the Dutch high-tech sector conducted research on the public image of Dutch high-tech in France, Germany, Korea, and Taiwan. And since then, we have been told internationally how Dutch high tech can contribute to solutions in the fields of health, mobility, energy, security and the climate. But our cultural baggage, such as Dutch openness and inventiveness, also contributes positively to our image. It is a pleasure to work with technicians from the Netherlands, and cross-disciplinary solutions can be created quickly.

In addition to technological innovations, the Netherlands also appeared to need a better story abroad: whether it was about expertise about food, water, energy, health, life sciences, or knowledge development or reinforcement of the international legal order. The international picture of the Netherlands’ innovative strength fluctuates. Fortunately, the Netherlands has more to offer than what we are known for (cheese, tulips and clogs). Large cities and regions like (Brainport) Eindhoven, Amsterdam, Rotterdam have already developed successful marketing strategies. But when official or sector-wide visits to foreign countries were made from the Netherlands, an unambiguous Dutch story was often missing. So it was time for that common Dutch story, and a recognizable style.

In 2018, prompted by the National Information Council and the Buijink Committee report ‘Team Netherlands: stronger together in the world‘, the Ministry of Foreign Affairs, under the leadership of the interdepartmental Steering Committee on Netherlands Branding, deployed a renewed nation brand for the Netherlands. This required time and coordination. The branding strategy, ‘International Positioning Strategy of The Netherlands’, now presents the Netherlands as a country of people with whom you can find solutions to the worldwide challenges, through pioneering. This became the basis of the Dutch story. And it can further strengthen the propositions of users of the nation brand.

Various international rankings[1]  show that the Netherlands is doing well internationally in terms of awareness: The Netherlands is named the 16th largest economy worldwide, but scores even higher in terms of awareness. The Netherlands receives the best ratings on the subjects of good governance, economy and trade, education and diplomacy. On other dimensions, the Netherlands scores average. Relatively low scores are given to our country for awareness of our military efforts (troops and equipment) and for culture (especially heritage and culinary). We score high on quality of life. In the Good Country Index, our country ranked first in 2018.

Studio Dumbar was commissioned to develop a powerful and user-friendly graphic style that the Netherlands can use at conferences, missions, trade shows and major events. The visual identity – the image – became the orange letter combination ‘NL’.

And then, how do you carry a renewed nation brand together? Because you can’t just impose the use of a few of those letters on the whole of the Netherlands. It was decided that a top-down branding approach, such as the ones used in the UK or Sweden, would not suit the Dutch national character. The Netherlands prefers unity in diversity. Embassies and consulates, ministries, companies, NGOs and other organizations can easily use the letters NL to propagate the story of the Netherlands, while there is plenty of room to add your own message. Time is our greatest friend in this.

By the way, there is still a tulip to be seen in the way the N is visually connected to the L in NL. So, are we back to the start of the discussion about the nation fire? It would be silly to pay attention to that. And by the way, Dutch tulips do well worldwide. What is more important is that users from ministries, NGOs, and tourism are in pretty good agreement with each other – after much ‘poldering’. Last week, the first partner meeting took place, where examples of typically Dutch innovative cooperation were explained.

The Dutch high-tech sector, as a partner, was of course happy to take up the letters NL. After COVID-19, we will be entering the international market again.

Because that’s what it’s all about: ‘Walk the Talk‘. We’re going on a journey and taking our innovative Dutch examples with us. About water management, energy solutions, wind farms, technology and Dutch design. And we promise to behave in our most positive Dutch way.