RanMarine Technology is a start-up based in Rotterdam but closely connected with Eindhoven due to its work. RanMarine builds aquadrones, which are designed to move on the surface of the water, to take different sorts of waste out of the water and collect environmental data at the same time. These drones – RanMarine calls them WasteShark – are made for the usage in rivers, canals, ports, marinas.

E52 meets the CEO of RanMarine, Richard Hardiman, in Eindhoven to talk about the drone WasteShark, which is currently being developed in Eindhoven. Richard Hardiman tells us that the idea of building a waste collecting drone came to his mind when he saw people in Cape Town, South Africa, manually collecting rubbish in the harbor with a pool net from a boat. But the source of inspiration for the design of the waste collecting drone came from the ocean – the drone is modeled on the whale shark, hence the name WasteShark. RanMarine’s WasteSharks can “eat” up to 180 liters of trash and plastic waste which they find in the water; they are harmless to humans or animals and have zero carbon emissions, operating on solar power and batteries.

Richard Hardiman developed his first WasteShark prototype and started his company in South Africa. He came to the Netherlands in 2016 to participate in PortXL, a startup accelerator program in Rotterdam. “In the Netherlands, there is a hunger for innovation, a really good business accelerator background and really good technology,” says Richard. Participating in PortXL program, Richard Hardiman took off with his innovative concept and started his business in the Netherlands.

What brought Richard to Eindhoven was the fact that his PortXL mentor, Eddy Allefs, is from Nobleo technology based in Eindhoven. “Through working with Eddie as a mentor I realized that Nobleo can do lots of the robotics and mechatronics work that we needed. It was a very natural fit, that is why we came to Eindhoven”, Richard tells us.

At present time new solutions for keeping the oceans clean from plastic waste are being developed: for example, Boyan Slat’s Ocean Cleanup for cleaning the garbage patches in the oceans or the initiatives such as Searious Business from Eindhoven who focus on keeping the plastic out of the water. RanMarine’s plastic waste solution is different from these. “Boyan’s solution is cleaning up wastes which are already in the oceans. RanMarine tries to reduce the amount of trash in areal waters. We would like to call us an at-source company – we clean the trash at the source before it ends up in the ocean”, says Richard Hardiman. The goal of RanMarine is to provide a tool which makes it easier to collect and eventually to recycle plastic waste.

RanMarine’s primary customers are waste management companies in Europe that take waste out of water in ports, marinas, harbors, water authorities that are in charge of cleaning the water in urban areas and individual customers – from golf courses to construction sites. There is a WasteShark in India which has been tested on the Ganges River, notorious for its level of pollution. A WasteShark was tested in Eindhoven’s marina as well. “I would certainly like to see WasteSharks being used in Eindhoven in the future,” says Richard Hardiman. 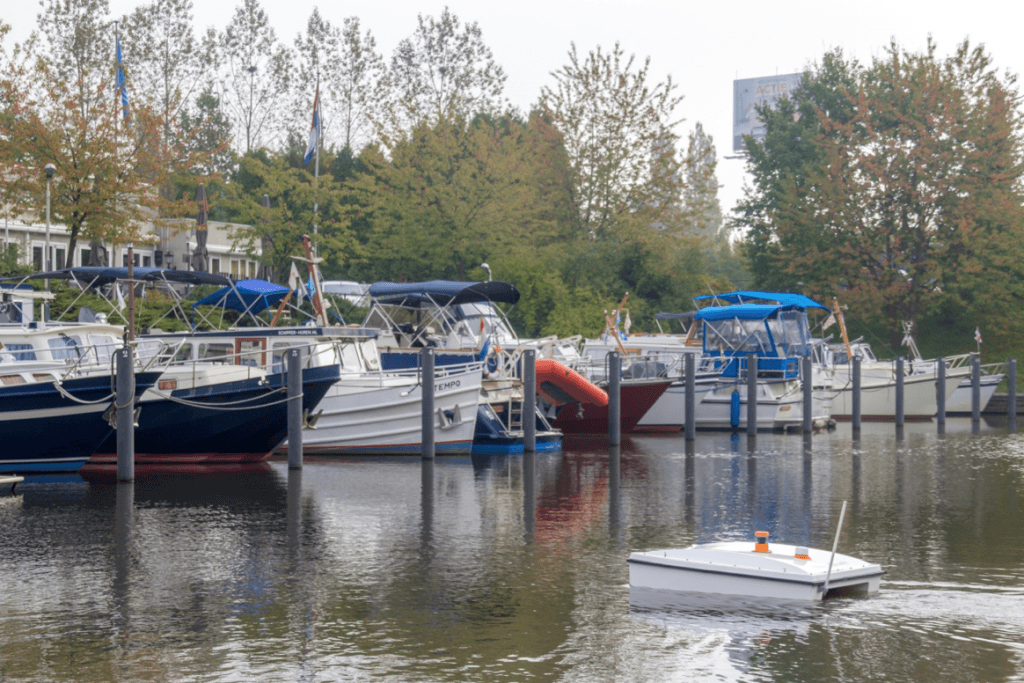 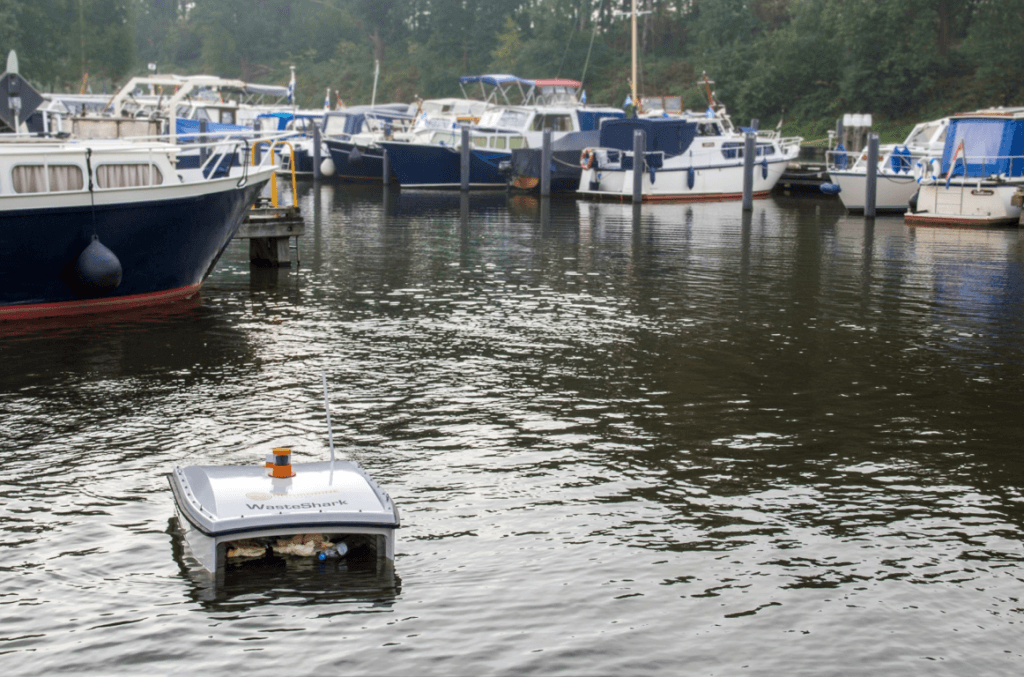 WasteShark, the world's most popular shark, is ready for CES
Academic heart, commercial head
You shouldn't just ask for a grower, but just give Bart a…
Impulse printing has the potential to change microelectronic…
Dortmund: where innovation drives community spirit
Working digitally is disastrous for innovation