Bas Helleman has worked in the plant food industry for years as a graphic designer. After the company he worked for was split up, he decided to work as an independent graphic designer and start a company in vegan plant food. Now, one and a half years later, Jungle Booze is ready to be savored by Dutch plants. In this instalment of Start-up of the day, Bas Helleman explains his latest passion.

Being a graphic designer or starting your own business in plant food are really quite different from one another. How did that happen?

“As a graphic designer, I wound up in that industry by accident. I actually didn’t know that much about plant food. I was able to witness firsthand how plants respond to plant food. There are several different types of nutrition. You can influence the growth of plants with plant nutrition, including making the plant bloom, grow larger leaves or stimulate root growth. As soon as you make the plant bloom, its growth will decline, which may also be the desired outcome. I find this extremely fascinating. I would like to share this fascination with hobby growers. And to introduce hobby growers to all these possibilities so that growing plants becomes even more fun, and they get more out of their plants.”

“No, just as is the case with manure, animal products are also used in plant food. You don’t necessarily have to think of bones, but rather animal urine, for instance. There are still many nutrients in there that can be filtered out and combined with other ingredients to form plant food. I am not vegan myself by the way, but I have been living in an environmentally and animal friendly way for a few years now. If I want my son to be able to grow up in a beautiful world, I have to do my part. Besides, there are more and more people who are vegan or at least aware of the impact that we as human beings are having. If you have an organic vegetable garden and don’t want to eat animal products, then you also don’t want plant food that contains animal residues. We’re making progress as a matter of course, not only in terms of food for people, but also as a whole, if we produce every product we bring onto the market as consciously as possible.” 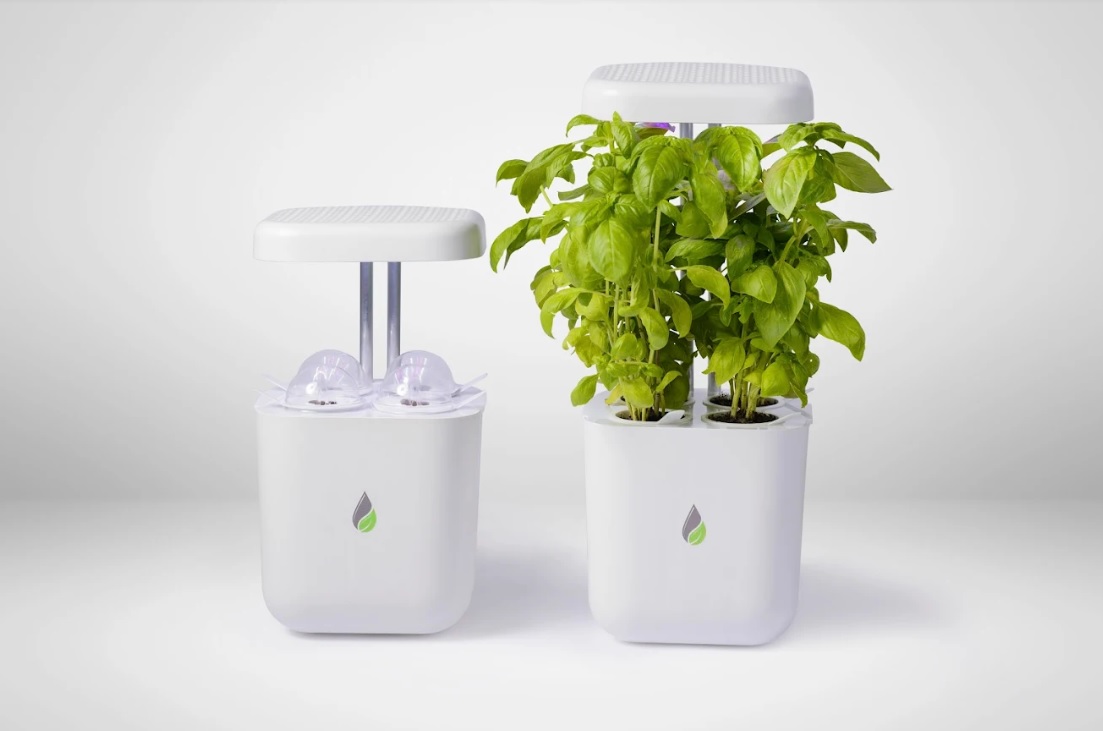 UrbiGo lets you grow your own garden at home – Innovation Origins
UrbiGo offers urbanites the chance to get into indoor gardening in their cities.

Isn’t developing a formula for plant nutrition complicated? How did you do it?

“I wrote to several companies outlining my plan. In the end, there was one company that I had a good click with. You can view the partnership as that of a local pub having a limited edition beer crafted at a brewery. I handed them my requirements and they started developing it. The Jungle Booze is made from plant-based waste. Several versions have been made. We occasionally get lost in the plant jungle at home: there are just so many plants and cuttings in our home that I test the plant food on. If you can then clearly see results, that’s really very cool. I would like others to experience that as well. Friends and acquaintances around me have also tested it out and were just as enthusiastic as I am. Right now, we’ve launched three products: the green plant, the flowering plant and the vegetable garden. My aunt can hardly look outside anymore, that’s how big her geraniums have grown, ha ha!”

Did you also experience any setbacks when setting up Jungle Booze?

“I wouldn’t necessarily call them setbacks. I had to do things differently because of corona. It took longer to finish the product, for one thing, and the purchase prices have also risen considerably, needless to say. I had a few stores in mind in Den Bosch, where I live, which I hoped to start selling from. Unfortunately, a lot of stores did not survive corona. Then you have to look for new business, make new connections. I am doing Jungle Booze in addition to my work as a graphic designer. There’s still quite a lot of work involved. It would be inconsistent to make vegan plant food because it is better for the environment and then go ahead and use plastic, which is partly why I opted for beautiful brown glass bottles. However, the dosage pump is made of plastic. On the other hand, the dosage pump makes sure that you add the right amount to the water. A dosage pump is not only more user-friendly, but also more sustainable in the end. I really like it and am therefore motivated to go for it all the way, but doing everything on my own also meant that it took longer to bring it to market. But we are here now! The first stores in Den Bosch started selling Jungle Booze recently! Soon it will most likely be sold in several big cities as well.”

And now? What are your next plans?

“Jungle Booze is still in its infancy, of course. The idea is that, in the not-too-distant future, everyone in the Netherlands can use Jungle Booze for their plants. I am starting with Den Bosch and will roll out the company further from here. The trend now is to have lots of plants in your home, but that is likely to change in the future. Still, there are always the vegetable gardeners and the real plant lovers who will carry on. I fully support this product and want to share my passion with plant lovers. In five years’ time, I hope every plant lover can buy the product somewhere in under ten minutes.”

Inspiring teacher must be given time to let their passion…
The innovative power of a 75-year-old techie with assertive…
'How many start-ups did you help?'
The enterprising student easily beats professor
Everything that can affect a plant
Holland High Tech is cashing in on opportunities for the…