Also called the ‘UnWastor’, the UPPACT test and demo factory in Eemshaven is capable of processing unshredded, unsorted and unwashed plastic and textile waste into robust and recyclable products. “Used cigarette butts, gym shoes, and artificial turf. Our machine can handle it all,” says Jan Jaap Folmer, CEO and co-founder of UPPACT.

The transition to a circular economy cannot happen soon enough. Every year, 11 million tonnes of plastic ends up in the oceans around the world. Over the past twenty years, as much plastic has been produced as in the preceding eighty years. UPPACT, an Australian-Dutch Joint Venture, wants to contribute to a regional, fully circular ecosystem with its demo factory in Eemshaven, in the province of Groningen, as a way to counteract the ever-growing plastic soup.

Four parties joined forces to make the project a success. Waste processing company Bek & Verburg supplies used fishing nets and boat ropes for recycling. The technology for the machinery comes from Plastech Recycling Ltd. Also, Upp! UpCycling Plastic and Sympact Solutions (dedicated to textile waste) got on board. Upp! had already stumbled across the innovative machine – the UnWastor – from Australia before the corona crisis broke out. The machine constitutes the main part of the pilot plant in Eemshaven.

“Ultimately, we want to use this to set up a large-scale processing capacity for different types of hard-to-recycle plastic and textile waste streams in Europe, and do that around the world too,” states Folmer, also founder of Upp! Apart from fishing nets and boat ropes, the machine also processes other kinds of used plastic. One of the sources for the pilot project is hospital waste. The University Medical Center Groningen (UMCG), among others, sends its waste to the factory. “We also process used cigarette butts, gym shoes and artificial turf,” Folmer adds.

The UnWastor is able to create a consistent, homogeneous mass from the used plastic. This mass then forms the basis for new products.

“A lot of plastics are difficult to recycle,” Folmer goes on to explain. “In the regular recycling process, plastic is heated in an oven to a temperature of about 180 ºC. You then see that some plastics are incinerated immediately, while other plastics are just starting to soften up a bit. All the plastics are then combined and pressed together in a mold. The disadvantage of this method is that the plastics often do not adhere to one another very well. So you end up with, for example, a board with a fracture line. We, on the other hand, smelt all the different plastics at their own melting temperatures and mix all the different plastics together in their molten state. This produces a sturdy material. The molecules are spread out like a mountain of spaghetti strands and these adhere really well.” 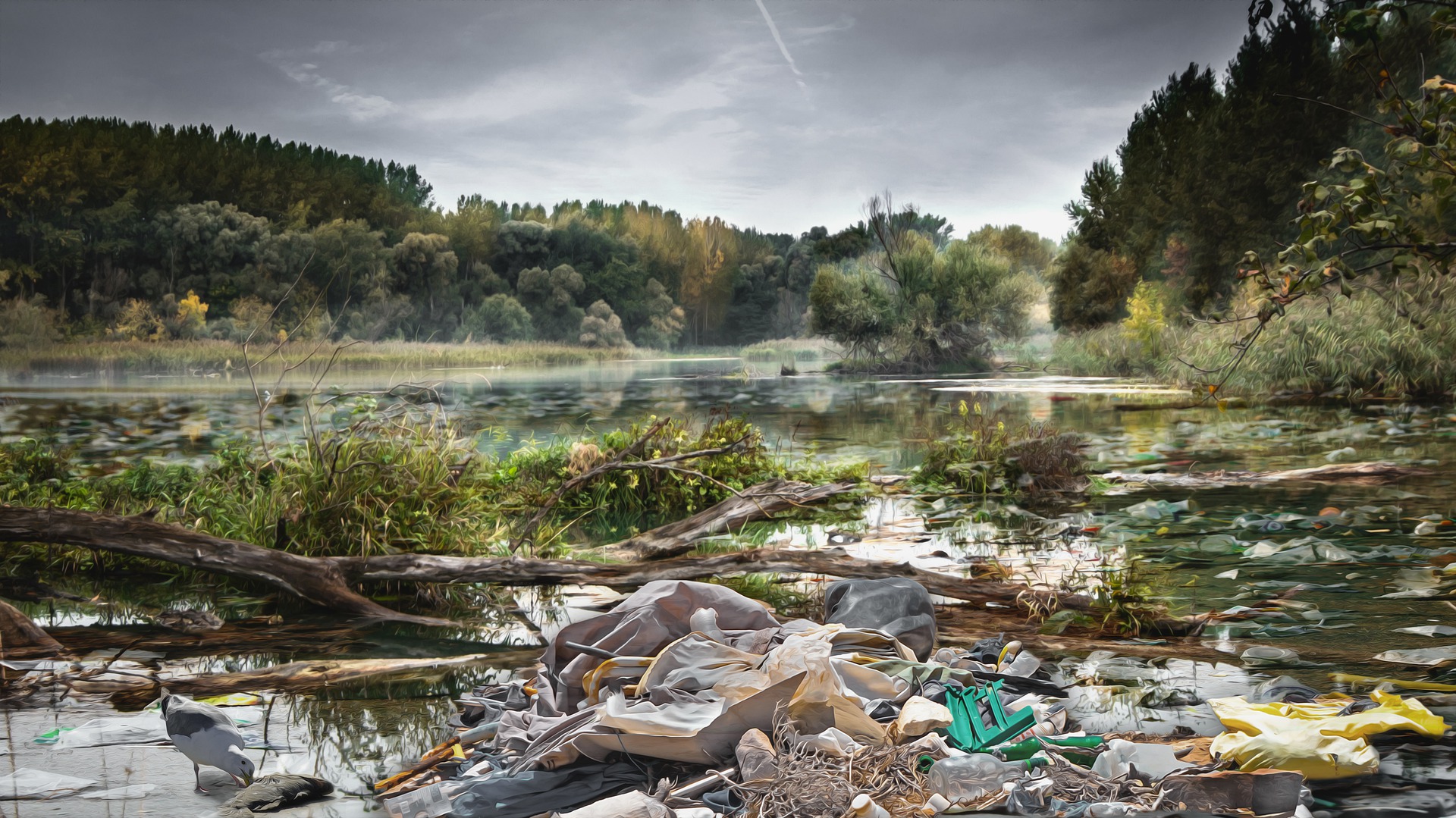 Rivers retain plastic for decades – Innovation Origins
Plastic waste, it turns out, does not drift out to sea, but remains ‘stuck’ in the rivers for years on end.

The demo factory is used to make poles and boards, among other things. “Normally, much higher grades of recycled plastics are used for this,” Folmer explains. “However, we can offer the same quality but with our own ‘low-grade’ variant. Moreover, because the plastic does not need to be washed or shredded, the overall manufacturing process uses less energy and is therefore somewhat cheaper.” Last but not least, “We heat the used plastic only once, whereas normally it is heated as much as three times. This also cuts down on energy consumption and significantly reduces our carbon footprint.”

In due course, more products will be added to the production list in addition to poles and boards. Folmer: “We were recently selected for a challenge to make the port infrastructure more sustainable that was set by Groningen Seaports.” The machine currently in use is primarily suited for coarser applications. A newer version of the machine, which is expected to be built in the summer, is capable of handling more. “Take, for example, instance, rainwater drainage systems, irrigation components or other climate-adaptive products.”

Before this can be done, a number of technical issues have to be worked out first. For example, new molds must be made, which are suitable for producing products with non-symmetrical shapes. It is also important to continue commercializing the machine. That, too, requires making some adjustments. “At the moment, we’re still hanging the molds behind the machine by hand. If we’re going to start manufacturing in larger numbers soon, we first need to get the process semi-automated. We’re very busy working on getting that sorted out.”

By 2023, if all goes according to plan, two commercially operating factories will be built in the Netherlands, each with a capacity of approximately 10 to 15 thousand tonnes per year. The first one will also be located in Eemshaven.

Folmer hopes to be able to scale up further not much later after that. “If you look at the large volumes of plastic waste currently on the market, I expect that we will be able to set up four to five large factories in the Netherlands in the not too distant future. We’re also not confining ourselves to the Netherlands alone, we also want to expand to the ports of Hamburg and Antwerp, for starters. By doing that, we’re not only helping the ports to process all of that plastic, but we’re also helping the governments of all of these countries to achieve their circular goals.”

You can also read other stories about Groningen via this link.